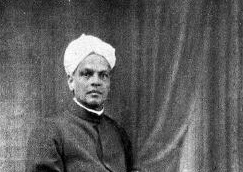 Editor’s Note: This is the second article in a two-part series paying homage to VS Srinivasa Sastri, the forgotten liberal intellectual of pre-independent India. Read the first part here.

Srinivasa Sastri was born ten days before Mahatma Gandhi. But unlike Gandhi, Sastri was born to a very poor family and rose through his hard works to serve the country like his political guru Gopala Krishna Gokhale. In the early part of the twentieth century, both Gokhale and Sastri were the two greatest sons of India who strived for freedom with liberalism. Both were equally respected in British Governments for their foresighted ideas and reform policies. But at home, both faced furious criticisms on their proposed policies but none could critique their commitments to the patriotism of mother India. Sastri assisted Gokhale on his major works in reform policies including Gokhale’s Universal Elementary Education Bill in Indian Legislative Council in 1912.

According to P Kodanda Rao who worked with Sastri first as a private secretary for a decade and then a member of Servants of India Society note that “Parallelism between Gokhale and Sastri is indeed very striking. Both were born poor; both were teachers turned statesmen; both played a conspicuous part in the evolution of the Indian Constitution and the legislatures of India, provincial and central; both made several political visits to England; both took a hand in the South African Indian question; both suffered from bitter and unfair attacks from a section of Indians and were sometimes discounted by the British Government; both stood for constitutional methods of political agitation….; both admired the Mahatma personally and differed from him politically.”

However, historians have ignored Sastri’s works through the mirror of ideologies. For example, in the book on Gandhi: The Years that Changed the World-1914-1948, Ramachandra Guha notes that “Sastri was Brahminical in both the good and bad senses of the term: deeply learned in the scriptures, but entirely dependent on the labour of others for his sustenance. As a constitutionalist, he abhorred Gandhi’s use- in South Africa-of strikes, fasts and boycotts to make his case. (Page VIII)”.

In contrast, Sastri strived for education for all children including those belonging to weaker sections of the society. He has provided financial supports to several poor children and some were adopted by him to nourish in his house. Thus, it is shocking to note that Mr Guha concludes with a single incidence and he never bothered to read the intellectual contributions of the constitutional method of freedom struggles pursued by Sastri. And it was surprising that Zareer Masani who reviewed Guha’s book in the Open Magazine said, “Indian democracy owes more to liberal politicians like Tej Bahadur Sapru and Srinivasa Sastri, who cooperated with the embryonic parliamentary institutions that the Raj introduced in 1919 and 1937.”

Even the veteran left-leaning constitutional expert AG Noorani noted in 2012 that “before 1947 neither Gandhi nor Nehru helped in forging a settlement on the minorities’ rights and safeguards or in promoting parliamentary democracy. The studied rewriting of history, which denies the liberals their stupendous contribution in India’s political evolution until the 1920s when the Gandhi-Nehru hegemony came to hold sway, is unworthy and demeaning…. The liberals are mentioned condescendingly. They were more clear-headed, realistic and practical than Gandhi or Nehru and not a whit inferior in political scruples to either.”

Sastri was attracted to Ranade’s vision of “To equalise, to humanise, and to spiritualise” with which he strived his entire political career in British India. Ranade was Gokhale’s guru and influenced Sastri to join for freedom movements with liberal ideas. The veteran Telugu scholar, D.Anjaneyulu (1924-1998) vividly noted that Sastri “A Liberal he was, no doubt, from the beginning of his political career (in 1907) to his last day (in 1946). But Sastri chose to spell his “liberalism” with a small “l”. Like most Indian Liberals of the time, he was bred on the 19th century British classics like Mill on “Liberty” and Morley on “Compromise.” In his case, however, liberalism was not a matter of political strategy or public stance but an article of personal faith.”

During the period 1916-1918, Sastri played a vital role for declaration of self-governance in British India after decades of struggles by both Ranade and Gokhale. In 1916, Sastri wrote a Pamphlet titled Self-Governance for India under the British Flag which highlighted the constitutional movements for independence of countries like Canada, Australia, etc. and wondered why India’s case was lingering for long with the unjust rule of British imperialists. When the Montague reform Report was released in 1918 for the gradual introduction of self-governing systems in India, there was a strong difference of opinions among top leaders of the Indian National Congress for the first time since 1885. Eventually, the top leadership was split into two groups, one was supporting the Montagu Reforms and the other was opposing it vehemently.

Sastri and the Indian Liberal Party

The opposition was called “extremist leaders” which included Bipin Chandra Pal, Lala Lajpat Rai, Bal Gangadhar Tilak, Aurbindo Ghosh, etc. And those who supported the reforms was called “moderate leaders with liberal ideas” who have left the Congress and formed a separate political party called “Indian National Liberal Federation” or The Liberal Party on November 1, 1918, mainly led by VS Srinivasa Sastri, Dinshah Wacha, Surendranath Banarjee, Bhupendranath, and Ambica Charan Mazumdar. It also had other prominent liberal leaders like Tej Bahadur Sapru, Pherozeshah Mehta and M.R.Jayakar among others. These liberals have played a major role in bringing about constitutionalism and liberalism from Indian perspectives. Sastri was president of the liberal party in 1922.

According to P Kodanda Rao “when he joined the Servants of Indian Society he renounced all ambitions of acquiring wealth and power and exercising patronage. By the sheer force of his personality, he rose to great eminence and influence in the affairs of India and the Commonwealth. He was one of the prime movers of the National Liberal Federation of India, which stood for liberalism and constitutionalism in Indian politics as against extremism and direct action. His was perhaps the single greatest contribution from the Indian side to the evolution of the Indian Reforms Act of 1919, promoted by the E.S. Montague, then-Secretary of State for India in British Cabinet. He was successively a member of the Madras Legislative Council, the Imperial Legislative Council and the Council of State. He sat with the Prime Ministers Britain and the British Dominions at the Imperial Conference in London in 1921″.

The modern Indian liberalism, constitutionalism, and gradualism were pioneered by Mahadev Govind Ranade (1842-1901) who opposed extremism, direct action and revolutionary approaches of Tilak and others. Gokhale was a student of Ranade and influenced Sastri and others on the liberalism and moderation as a core belief to strive for natural growth with compromise and fairness to attain independence from the British Empire. However, it is strange that Independent India’s Marxist and socialist intellectuals often equate the thoughts of Dadabhai, Ranade, Gokhale, etc. with leaders like Tilak, Pal, Rai, etc. without distinguishing the core beliefs and principles of these leaders. Sastri had an abiding faith in the efficacy of the constitutional methods for pursuing freedom struggles.

It was Gokhale who influenced Gandhi to return from South Africa for embarking freedom movements in India but Gandhi did not agree on Gokhale’s core principles of fighting freedom struggles through constitutional methods. Like Gokhale, Sastri also did not agree with Gandhi’s approaches to freedom movements through strikes, fast, non-cooperation movements on the ground that it will be counterproductive in future society. Indeed, Sastri said “I am afraid that young men are embarking on a perilous sea of what is called ‘non-cooperation’… we see nothing but dangers with dark clouds. As the poet says ‘the prospect is one vast inky blot’… it were possible to wean our youths from these dangerous enterprises. I wish someone with the prophet’s ire and eluence would dissuade them from having anything further to do with this non-cooperation”.

In February 1926, Sastri delivered the second Kamala Memorial Lectures titled “Rights and Duties of the Indian Citizens” at Calcutta University (Now Kolkatta). He spoke on extempore for long with little notes and few quotations during the four lectures. The lecture titled “Liberty of Person and Liberty of Movement”. He observed that “the State has no right to exalt itself to the point of neglecting or suppressing the individual, but conceded such superiority to the community.” Sastri also believed that “no right can be enjoyed by any citizen without restrictions. These are imposed the benefit of other citizens and of the whole community”. Further, Sastri listed 18 rights for liberal society: 1. Liberty of the Person, 2.Liberty of movement and settlement (within the State), 3. Liberty of migration and the right to the protection of the State, 4. The inviolability of one’s house, 5. The right of property, 6. Freedom of belief and conscience, 7. Sanctity of private and correspondence through the post, telegraph or opinion, 8. Freedom of expression of opinion, 9. Equal eligibility for office, 10. Equality before the law, 11. Freedom of public meeting, 12. Freedom of association, 13. Freedom of contract, 14. Freedom of trade and industry, 15. Freedom of marriage, 16. The franchise, 17. Education till the 18th year, and 18. Work. After Independence, all these 18 aspects become part of the Constitution in some or other forms including the right to property.

There is a lot to learn from the great liberals like Ranade, Gokhale, Sastri, Jayakar, Sapru, Pherozeshah Mehta, etc. At the same time, there is a need to rewrite the history of Indian liberalism and place properly the efforts of constitutionalism of the first half of the twentieth century which is so far either ignored or heavily misinterpreted on the ground of dubious communism and socialism ideologies.