Home Essays B R Ambedkar on Justice Ranade, Social Reform, and the failure of... 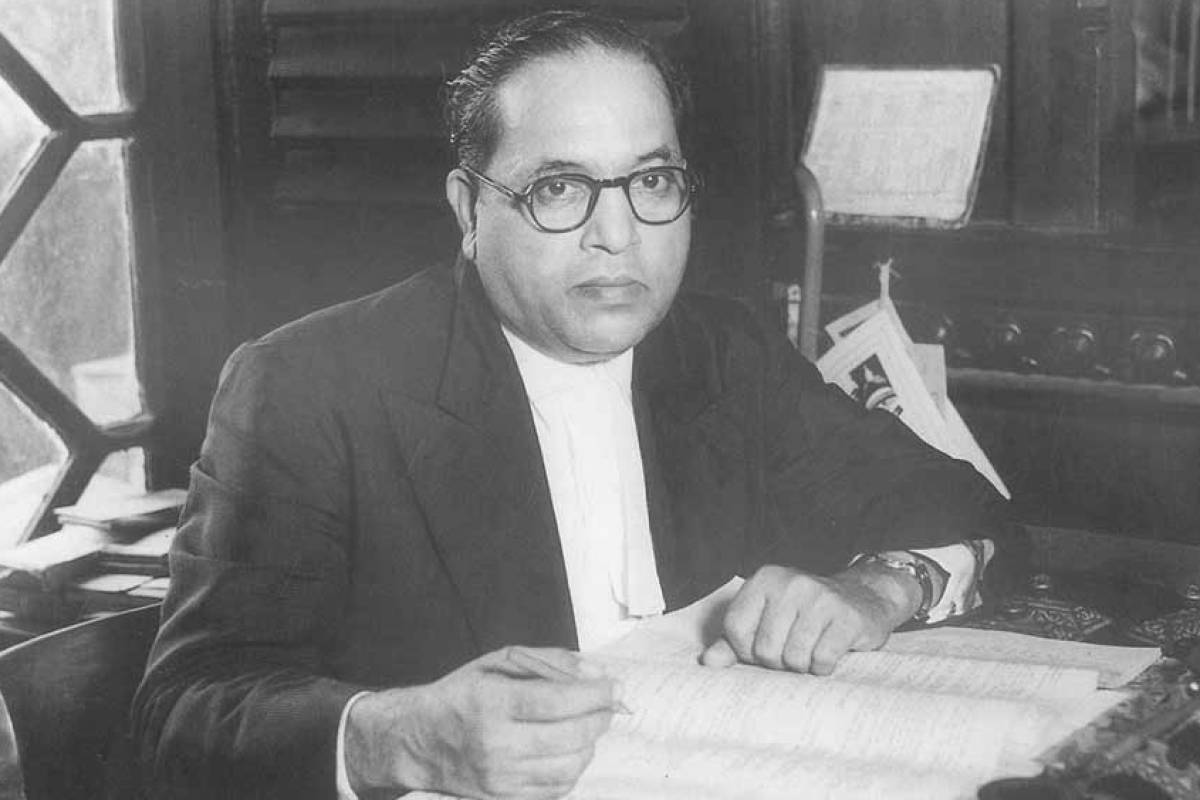 India’s anti-imperial struggle against British colonialism constituted of many voices of the nation. Given the sheer geographical and social diversity of India, it only made sense that the national political aspirations took different expressions. Some forms of activism went beyond a narrow political demand for self-rule to fashion a broader conception of freedom and dignity. Prominent strands along this line consisted of moderate liberals and radical Dalit leaders. Differing in their modus operandi and view of the role of state, both constitutionalist liberals and subaltern leaders recognized the need to reform Indian society from inside to enable a ‘true’ sense of freedom for Indians. These two largely marginalized visions of nation overshadowed by the big tent Congress nationalism were brought in conversation in a speech by Bhimrao Ambedkar.

Delivered in 1943 at the invitation of the Deccan Sabha to commemorate the 101st birthday of the liberal leader Mahadev Govind Ranade, Ambedkar’s speech discussed a host of issues relevant for the prevailing political climate, Ranade’s contributions, and the larger cause of social reforms. The speech was supposed to be an assessment of Ranade’s legacy, but it received widespread coverage in the contemporary press for an altogether different reason. Ambedkar’s embittered take on both Gandhi and Jinnah as a sideway reference in the speech opened him to criticism in the Indian press. Ambedkar defended himself on the ground that his love for India explained his dislike for the two giants who were no greater than the country. To me, though, the relevance of Ambedkar’s incisive speech lies in the meat of the matter which shall be discussed below.

Bereft of any personal connection with Ranade, Ambedkar relied on the Great Man theory as propounded by Carlyle to assess him. Ambedkar’s view of history did not deny the role of structural forces in shaping human history but also underlined human agency in responding to structural constraints. For Ambedkar, Ranade’s sincerity, intellect, and commitment to social reform made him worthy of the epithet. Ranade’s recognition of ills in the Hindu society was complemented by his tireless efforts to bring change. Like a marathon sprinter, Ambedkar recalled, Ranade would conduct meetings, arrange missions, deliver lectures, publish articles, give interviews, write letters, establish societies, and found journals, all in pursuit of the noble cause. To give a more permanent footing to his social reform initiatives, Ranade founded the Social Conference, a pan-Indian body pursuing the agenda. The body operated as an adjunct to the Indian National Congress which in early years kept itself distanced from matters of social reform.

Ambedkar’s appreciation of Ranade and by extension other contemporary liberal social reformers stemmed from his own preoccupation with the cause of Dalit dignity. Having borne the brunt of caste discrimination, Ambedkar was well aware of the tyranny of society which to him was more pernicious than the tyranny of the state. Consequently, his vision of individual freedom saw a role for the state as a counterbalance to the social sanction for untouchability, reflected later in constitutional sanction against untouchability and provision for affirmative action. Moreover, the stiff opposition faced by Ambedkar from social conservatives perhaps made him recognize the struggle of liberal social reformers who were in the same position in the late 19th century. Ambedkar argued that a reformer challenging established social mores is even more courageous than a political prisoner because the reformer lacks support and praise otherwise received by political activists.

In line with Ambedkar’s argument, Ranade and other like-minded reformers faced opposition in the western province, not just from the masses but also from conservative thinkers like Bal Gangadhar Tilak and Vishnushastri Chiplunkar. In Bengal province, things were no different for liberal-minded reformers like Raja Rammohan Roy, Ishwar Chandra Vidyasagar, and Henry Derozio who were opposed by the likes of Raja Radhakanta Deb and his Dharma Sabha. Ambedkar recognized two different strands within the conservative intelligentsia. Activists like Chiplunkar were orthodox in belief but kept away from politics. They believed in a stylized vision of Hinduism serving as a guiding mechanism to arrange the society. Ambedkar in his speech tore down this conservative social vision by pointing out the graded hierarchy of caste system which would hollow out any society instead of infusing it with a sense of national unity. The idealistic individualism of Hindu philosophical schools, Ambedkar rightly pointed out, never came to challenge the dominating hold of hierarchical caste practice. Though, one might argue that such philosophical traditions might provide an indigenous intellectual base for Indian liberals to make the case for social reforms.

The other strand of opposition to social reforms came from modernist politicians like Tilak who prioritized self-rule and thus opposed any colonial state intervention in local customs. In that sense, their modernist vision prioritized political emancipation over the social. Ambedkar, of course, took exception to this view. According to him, a Jeffersonian limited state protecting the natural rights of people would not make sense in India because these rights did not exist for a vast majority of people. Thus, ‘[R]ights must exist before policing becomes a serious matter of substance.’ Moreover, Ambedkar also recognized the futility of granting fundamental rights after political independence without a profound change in social attitude. Legal provisions against discrimination would not mean much if the social conscience refuses to recognize the validity of legal rights. In Ambedkar’s assessment, India’s prevalent condition was not suitable for social democracy. Echoes of such concern could also be heard in his famous last speech to the Constituent Assembly.

It was the fundamental unsuitability of India for a social democracy that necessitated the breakdown of the artificial division between social reforms and political rights. Ranade, Ambedkar, and Gandhi recognized that social reforms were a necessary precursor to a functional democracy premised on substantive citizenship. Not only did Ambedkar recognize the important groundwork laid by Ranade and Phule in this regard, but he also approved of liberal gradualism as the method to bring change.

The argumentative Ambedkar though was not just all praise for Justice Ranade and liberals. Speaking in front of a largely liberal gathering, he presented a clinical analysis of the failure of Indian liberals. Indian liberalism at the time basically amounted to a bunch of elite leaders, deemed the ultimate ‘contemptible’ of Indian politics. They lacked organization, mass outreach, ideological propaganda, emotional connection, and a rallying cry. The tragedy was such, Ambedkar argued, that the leading liberal figure reposed his faith in Congress, effectively paving way for a single party hegemony. Thus the collapse of the Liberal party was ‘really a disaster to the country’ because ‘the rule of a single party is fatal to Popular Government.’

In conclusion, Ambedkar himself was no liberal. That much he made clear in the speech itself. Yet, he was able to find a lot of common ground with them. Ranade’s career and his struggle for social reform in many sense mirrored Ambedkar’s later efforts in a similar direction. The radical in him notwithstanding, Ambedkar was very much willing to admit the connection. To me, herein lies the possibility of making an alliance between the ideological descendants of Ambedkar and Ranade in ensuring individual freedom. Moreover, Ambedkar’s diagnosis of Indian liberal failure also has relevance today. The lack of mass outreach, a distaste for identity-based emotive politics, and largely elite character of liberal individuals still account for the absence of a liberal political party in India. Indian liberals might as well do better to pay heed to Ambedkar’s counsel.

The text of the speech can be accessed here.