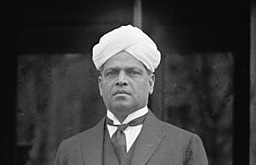 Editor’s Note: This is the first article in a two-part series paying homage to VS Srinivasa Sastri, the forgotten liberal intellectual of pre-independent India. Read the second part here.

Many great liberal scholars who have contributed significantly to the freedom movements through constitutionalism for advancing the free and liberal society were ignored. It is absurd to observe, that the Indian economists, social and political scientists who persistently ignored the history of economic thoughts subject at a time when the western and other developed economies around the world have been continuously making efforts to revive their history of economic thoughts and building nexus in the contemporary public policy debates.

The much talked about two schools of thought namely the right-wing vis-à-vis left-wing narratives of the contemporary debate were first begun exactly hundred years ago in 1919 after the furious differences of opinions among the top leaders of the Indian National Congress on the Montagu reform policies. These two schools of thought as it was evolved called liberalism, constitutionalists and moderates as right-wing and extremism, direct action and revolutionary as left-wing. The former followed classic liberalism of indigenous and some western conservative ideas and the later stood for Fabian socialism and communism. There is a very thin line between socialism and communism. Thus, after independence, the only school of thought which predominately dominated in the Indian academia, political rule and public policy discourse was communism and socialism by ignoring the views of liberal scholars.

Thus, the great liberals like VS Srinivasa Sastri who has contributed significantly to the freedom movements in British India during the first half of the twentieth century were completely ignored and forgotten in the second half of the twentieth century for no good reasons. This year marks 150th birth anniversary of VS Srinivasa Sastri who was contemporary of MG Ranade, GK Gokhale and Mahatma Gandhi among other makers of Modern India. Probably, Sastri was the only person who has traveled as a reputed Statesman and Ambassador for peacekeeping missions across the British Empires to embrace the pragmatic constitutional method for freedom movements and civil liberties.

Professor Mohana Ramanan in his book titled “VS Srinivasa Sastri: A Study” (2007) noted that Sastri “made a mark in public life as a liberal, albeit with a conservative cast of mind….almost forgotten figure…Sastri does not come to mind in this context immediately and that is because he did his work largely in councils, legislatures, delegations, and conferences. This is unglamorous works but there has been grudging acceptance of Sastri’s preeminence in our national struggle.” There is no record why his constitutional strives to attain freedom was ignored in the last seven decades.

P Kodanda Rao who worked with Sastri for a decade between 1922 to 1932 wrote: “Sastri was an eminent scholar as well as a statesman, he was one of the elects among the great builders of India and the pillars of the Commonwealth.” Rao has written an excellent elaborated political biography of Sastri in 1963 with enormous efforts to study the intellectual contributions spread over 76 years of tireless life of Sastri. Rao has done great justice by documenting the true patriotism of Sastri along with first-rank formidable thinkers of modern India with whom he was associated throughout his life.

Though, C Rajagopalachari wrote a Foreword for the book mentioning as Sastri was his friend “but took different channels of political work”. Ray T. Smith who reviewed Rao’s book in the Journal of Asian Studies in 1964 had observed that Rao made “the first serious attempt to accord Sastri a proper place in the history of the Indian national movement.” Sastri was British India’s Rajaji and both were devoted students of the Ramayana with the scholarly critique of it for the pursuit of thoughts and deliberations.

VS Srinivasa Sastri was an astute reader and writer who contributed immensely to the reform policies during the freedom movements of British India. He was an acclaimed intellectual who gave long extempore scholarly speeches, lectures and addresses across the British Empire. He was also a versatile and mesmerizing orator and his English skill was marvelously treated as Silver Tongue in British India. Sastri was rated as one of the five best orators in English in the twentieth century among other stalwarts.

In 1915, Sastri succeeded Gopala Krishna Gokhale as a liberal intellectual in the Servants of India Society (SIS) which was founded by Gokhale after his demise. SIS played a vital role in freedom movements and constitutionalism method of attaining self-governance in India. Indeed, it was Mahatma Gandhi who aspired to become President of SIS succeeding Gokhale but Gandhi did not agree with all of the core principles of SIS with which Gokhale envisioned to fight for freedom movements in an orderly manner.

Hence, Sastri was the natural choice to become President of SIS and remained for 12 years from 1915-1927. Despite their strong opposition in thoughts and political activism, Sastri and Gandhi were close friends throughout their life.

VS Srinivasa Sastri’s Life and Education

Valangaiman Sankaranarayana Srinivasa Sastri was born on 22nd September 1869 in a village called Valangaiman near Kumbakonam town, Tamil Nadu (then part of Madras Presidency). He was born as a fourth of seven children to his parents, three elder sisters and three younger brothers. His parents were traditional Brahmin family and barely managed to meet the basic living. Though, his father Vaidik Sankaranarayana Sastri was a Sanskrit Scholar but was poor.

Srinivasa Sastri passed the Matriculation examination in 1883 at Native High School in Kumbakonam. With the 13th position in the Matriculation examination in the entire Madras Presidency, Sastri received free education in the First Year Arts Course in College. He came first in the F.A examination in 1885 which helped to get free education for the Bachelor of Arts Degree. He completed a B.A degree in 1888 with First position in Sanskrit in the whole of Madras Presidency and First Class in English. Besides, he won Gold Medal for his English Proficiency with Prize money of Rs.350.

After obtaining B.A Degree from the Government Arts College, Kumbakonam, VS Srinivasa Sastri become a school teacher in Municipal High School at Mayavaram in today’s Mayiladuthurai for a monthly salary of Rs.50. By this time, Sastri was the sole breadwinner and managed the large family with his sisters and brothers with his income.

In 1891, Sastri joined Teacher Training College at Saidapet, Madras (now Chennai) where he was a brilliant student and corrected the English pronunciation of the English Principal who agitated pretending that his mother tongue is English and hence he knew better pronunciation but Sastri insisted that his pronunciation was wrong. The Principal asked the student to get a Standard English Dictionary from the library to verify and found that Sastri was right and Principal complimented for his precision.

In 1893, Sastri was appointed as First Assistant Teacher in a College in Salem and took a keen interest in public affairs of the country first time and also met the doyen of the town C Vijayaraghavachariar. After two years in Salem, he joined the Pachaiyappa’s High School in Madras as Assistant Teacher for English. In 1902, he becomes a Headmaster of Hindu High School, Triplicane, Madras (now Chennai) and served till 1906. It is recorded that Sastri made Hindu High School, Triplicane as Model School in the entire Madras Presidency. He also founded the Triplicane Urban Co-Operative Society in 1904 which is one of the oldest in the country. Sastri served as School Teacher and Headmaster for 17 years.

He was attracted to the principles of the great reformer and constitutionalist Gopala Krishna Gokhale. VS Srinivasa Sastri wrote to him for joining with him in 1906. In 1907, Sastri joined the Servants of India Society, Poona (now Pune) founded by Gokhale in 1905. When he joined with Gokhale, Sastri was just 37 years old. Since then he served for the country as a true liberal sense of the word more than the diplomatic intellectual with which he did quite an extraordinary service across the British Empire.

Sastri founded Madras Teachers Guild in 1895. He also published Educational Review promoting education for all. He was the editor of India Review and founder editor of Servant of India (SI), a weekly journal founded on the 3rd death anniversary of Gokhale in 1908.

Sastri was influenced by the writings of David Hume, TH Huxley, Tyndall, JS Mill, and Herbert Spencer. He passed away at the age of 76 on 17th April 1946 without seeing the joyous moment of Independence for which he fought for decades closely working with British governments on constitutional methods in orderly approach. But he did predict in 1923 that by adopting constitutional methods India would attain her independence within the next 25 years, i.e. by 1948 and we achieved in 1947. It was no wonder that his public life spread over more than 35 years was a remarkable success.

Sastri was a scholar and respected public intellectual in the modern Indian Renaissance. Sastri was a tall leader who often differed with Gandhi and other revolutionary leaders on the methods pursued to attain freedom from the British. He founded the National Liberal Federation of India or The Liberal Party on 1st November 1918, along with likeminded liberals who stood for certain principles rather than the gigantic game of polity.