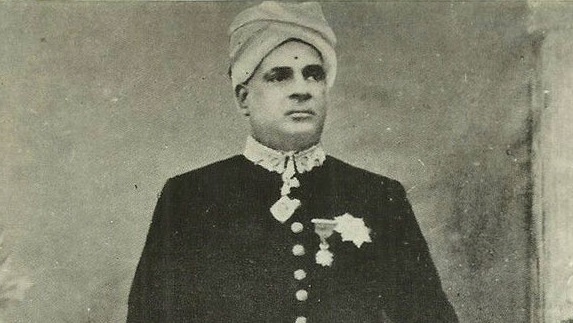 Editor’s Note: This is the first article in a two-part series paying homage to PS Sivaswamy Aiyer, the forgotten liberal intellectual of pre-independent India. Read the second part here.

In a fierce debate of contemporary public policies, the better intended few thinkers try to reconnect the relevance of the history of Indian economic thoughts. Alas, often they are underestimated and ignored, the larger meaning of engaging with history to understand better both in logic and sound reasoning are ignored decisively. Recently, Sanjeev Sanyal, who is a Principal Economic Adviser in the Union Ministry of Finance, remarked while delivering the 14th Netaji Subhash Memorial Lecture that – “India needs to begin to revisit its own history. And, what better place to start than by starting with the story of India’s freedom struggle.”

However, the retired bureaucrat Anil Swarup who ignored the context and deceptively criticised Sanyal’s argument by stating that – “The guy should focus on job at hand, reviving the economy and stop talking about what needs to be done to Indian history. How long will we hang on to the past? We should certainly learn from history but not get stuck in the past.” Though, Sanyal’s lecture focused on the forgotten revolutionaries of freedom struggles during the British rule and not equally forgotten classical liberals who courageously worked with British Governments and brought out many constitutional reforms without losing the voices for freedom struggles. This is how Indian history has been treated in the last half-century among the well-read and educated class, even after the decades of distorted narratives produced by historians.

It is even sobering in south India – Tamil Nadu, the alleged Dravidian movements of last century against the dominance of the upper castes in social and political spheres which irreparably led to undermining the life and works of liberal thinkers who firmly stood for the welfare of all sections of the society through constitutional provisions of schemes. There were several liberal luminaries from Madras (now Chennai) whose works were ignored during the alleged movements of Justice Party and Dravidian polity which paid only lip service to masses in the name of upper castes through its dogmatic tactics. Indeed, these political movements did not produce any scientific, scholarly and civilised literature on the ideas and thoughts of both Tamil literature and Sanskrit.

One such liberal thinker was PS Sivaswamy Aiyer whose life and works are relevant to the contemporary public discourse but completely forgotten even in his native state! Sivawsamy Aiyer was a prominent legal luminary, administrator, educationist, scholar, liberal thinker and statesman. He was liberal constitutionalist with a firm belief in constitutional rights, individual liberty and freedom. Indeed, he single-handedly fought for many constitutional reforms through his long association with the British government. His contribution in fields like education, defence and Indianisation of Army was enormous. He was representative of the Indian government to the third session of League of Nations which later became the United Nations.

Life and Education of Sivaswamy Aiyer

Pazhamaneri Sundaram Sivaswami Aiyer was born on the 7th of February, 1864 in Pazhamaneri village on the south bank of Cauvery River near Thanjavur in Madras Presidency (now Tamil Nadu). His father was Sanskrit Scholar, School Teacher, and Court Pleader. He had three younger brothers and two sisters. He attended SPG Fort Branch High School at Manambuchavadi for schooling. He completed his matriculation in 1878 and secured first class in FA Examination at Government Arts College, Kumbakonam. After a year there, he joined the Presidency College, Madras (now Chennai) and completed his BA in 1882 with major history, philosophy and psychology. In 1883, he joined Madras Law College which was also operated in the same campus of Presidency College, Madras. In 1885, he started the law practice by joining with advocate R Balaji Rao in Madras. Besides law practice, he also worked as an Assistant Professor at Madras Law College to support his family as the eldest son after his father’s death in 1893 and served till 1899.

Sivaswamy Aiyer had a keen interest in politics, economics, sociology, library science besides Sanskrit and English literature. He was a joint editor of Madras Law Journal from 1883 to 1907. He founded the Madras High Court Lawyers Association in 1889. He fervently advocated educating the youth towards constitutional methods to attain freedom from the British. The liberal thinker and better known as Silver Tongue of India VS Srinivasa Sastri (1869-1946) was a student of Sivaswamy Aiyer at Madras Law College. Aiyer wrote many articles in the Servants of India, a weekly magazine founded and edited by Srinivasa Sastri at Servant of India Society, Pune.

In 1906, Sivaswamy Aiyer founded a school near to his home town at Thirukkattupalli which is nearby Thanjavur for promotion of school education of children. It is now named as Sir PS Sivaswamy Aiyer Higher Secondary School, but he never allowed for using his name till his death. This school was the co-educational school which was first of its kind in the Madras Presidency at that time. In 1930, he became President of National Girls High School at Mylapore, Madras and adopted the school to promote girls’ education. It now functions with his wife’s name as Lady Sivaswami Aiyer Girl’s Higher Secondary School, Mylapore, Chennai. He made generous contributions to these two schools besides several other institutions and organisations across the country including Vivekananda College, Chennai and Madras Sanskrit College. After his wife’s death in 1939, he had sold the house in which he was living for a long time and donated the entire amount to the above schools and stayed in a rented house. He was President of Madras Sanskrit College for more than three decades till his death in 1946. He also served as President of All India Federation of Teachers Association’s fifth Session.

In 1898, Sivaswamy Aiyer was nominated to the Senate of University of Madras; he was the first Indian to be nominated to the University. He was also Fellow of the University of Madras in 1898. From 1916 to 1918, he was the Vice-Chancellor of the University of Madras. He also served as Vice-Chancellor of Banaras Hindu University in 1918-1919. In 1904, Sivaswamy Aiyer was nominated to the Madras Legislative Council and was also re-elected to the Council in 1906 as unopposed. In 1907 he was appointed as Advocate General of Government in Madras Presidency for five years up to 1912. Both CP Ramasamy Aiyer and Alldi Krishnasami Aiyer were served as Advocate General and praised highly of the services of Sivaswamy Aiyer. In 1912, he was appointed as Member of Executive Council of the Governor of Madras which he served up to 1917. Aiyer was a childhood friend, a classmate in school and contemporary of V Krishnasamy Aiyer (1863-1911).

Under the new Reforms introduced from 1921 to 1923, Sivaswamy Aiyer was elected to the Imperial Legislative Assembly from the Thanjure-Trichy Constituency and then continued for another term as a Nominated Member from 1924 to 1926. Though he was not inclined to stand for election for the second term, finding him a very valuable contributor to discussions on all important legislative matters, the Government of Madras Presidency requested him to serve as a nominated member. In 1921, he was appointed as Member of Military Requirement Committee. Also in 1931, he was chosen as Member of Indian Military College Committee for recognising his “unusual wealth of knowledge of Indian Defence problems”.

Sivaswamy Aiyer was attracted towards the ideas of liberalism profoundly preached by MG Ranade and GK Gokhale. He had a firm belief on the path of reason and persuasion and never of violence or direct actions. He wrote many articles in “Indian Review” and “New India” publications propagating the path to achieving freedom from British. In 1898, he wrote a long essay on “Indian Politics” and vehemently criticised the British government for bad drafting of laws. He also wrote for a quarterly magazine called Triveni which has been published since 1927.

From the inception, Sivaswamy Aiyer was closely associated with National Liberal Federation of India or Liberal Party founded in 1918 by VS Srinivasa Sastri along with fellow liberals thinkers to achieve freedom through constitutional methods. In the early part of the twentieth-century long before the Gandhi-Nehru-Bose era of freedom movements, the some of the leaders who premised their political activism based on the classical liberals principles were called moderate or centre group who opposed revolutionary, direction action, violence and non-cooperation but indulged to promote order with reasoning and logic for constitutional methods to fight British imperialism.

Sivaswamy Aiyer was President of National Liberal Federation of India in 1919 and 1926. In his Presidential address at Calcutta in 1919, Sivaswamy Aiyer had suggested the name “National Liberals” instead of “Moderates” and “Centre Group” which were often used as alternative political movements opposed to the Indian National Congress and Jinna camps. In his address, Sivaswamy Aiyer had sharply questioned the methods of the passive resistance movement and non-cooperation movements of MK Gandhi. However, Aiyer had high regards for Gandhi’s commitments towards patriotism and communal harmony in undivided India. Aiyer was also against the partition of India.

Sivaswamy Aiyer was a close associate of Madras Liberal League along with VS Srinivasa Sastri. In 1983, SR Venkataraman who was President of Servants of India Society, Pune edited a book Sastriana which is a compilation of letters of VS Srinivasa Sastri to PS Sivaswamy Aiyer and others. These letters are scholarly written at different times and provide great insights into the underpinning of political situations in British India. Sastri’s views on some of the leaders’ thoughts on the path to attain independence are highly resourceful. The views expressed at times by Sastri to Sivaswamy Aiyer influenced leaders like Gandhi, Rajagopalachari, Ambedkar, and Nehru, among others. Sivaswamy Aiyer passed away on the 5th of November, 1946 at the age of 82 in Madras, ten months before India attained independence from British rule.