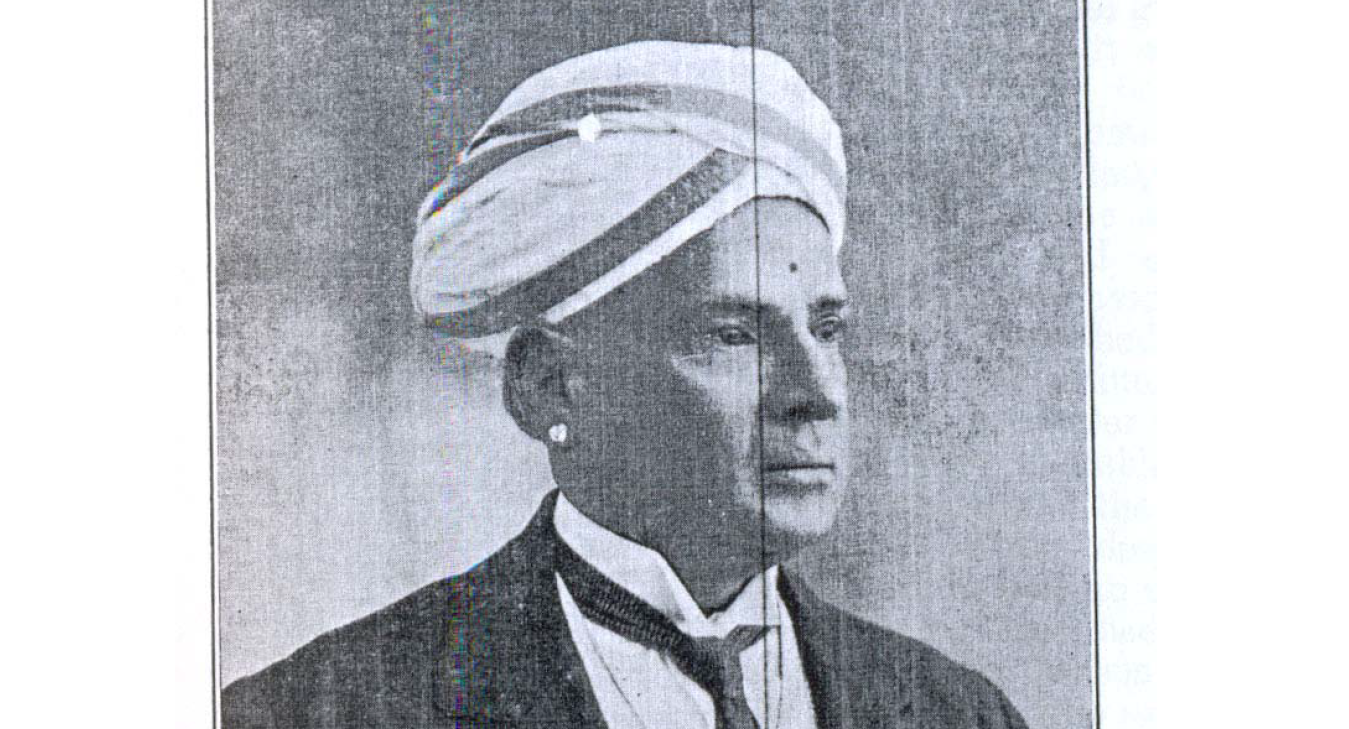 Editor’s Note: This is the second article in a two-part series paying homage to PS Sivaswamy Aiyer, the forgotten liberal intellectual of pre-independent India. Read the first part here.

During the nineteenth century India, freedom movements produced many thought leaders and thinkers who fought for the country’s independence on varied battlegrounds. The common thread that cuts through these movements was British imperialism vs freedom, liberty and nationhood. However, from the beginning of the twentieth century, there were sharp differences of opinion among apex leaders of Indian National Congress on the methods to be pursued for political movements and principles of constitutional reforms to further the goal of complete freedom. The leaders were divided among the Montagu–Chelmsford Reforms announced in 1918-1919 by the British government to introduce self-governing institutions gradually in India.

The Liberals were known as Moderates who supported the Montagu-Chelmsford reforms opposed by extremists, direct actions and revolutionary. The liberalism was defined as “constitutionalism and gradualism” led by Mahadev Govinda Ranade and Gopala Krishna Gokhale. The “extremism, direct action and revolution” was led by Bal Gangadhar Tilak, Bipin Chandra Pal and Lala Lajpat Rai. Many are unaware that the grand champion of Independent India’s liberalism C Rajagopalachari or Rajaji was revolutionary during the freedom movements! Among others, VS Srinivasa Sastri and PS Sivaswamy Aiyer were real faces of Indian liberalism in pre-independence India.

PS Sivaswamy Aiyer was a firm believer of liberalism and was influenced by the works of Ranade and Gokhale besides JS Mill, Herbert Spencer and Alexander Bain. According to K Chandrasekharan, “he was never drawn to the allurement of the ultimate ideal by ignoring the practicality of the immediate.” Aiyer was among top leaders of Madras Liberal League and spearheaded the liberalism of the early part of the twentieth century towards advancing the constitutional methods to attain freedom.

In 1965, the noted historian KA Nilakanta Sastri (1892-1975) edited a volume on “A Great Liberal: Speeches and Writings of Sir PS Sivaswamy Aiyer” by classifying the speeches and writings of Aiyer into broad themes such as political, economic, military, social, educational, legal fields, etc. In 1919, in his Convocation address at Banaras Hindu University Aiyer remarked that “the spirit of rational investigation has always occupied a place in the history of Indian thought”. One could see the application of this profound thinking in all of his writings and speeches.

Sivasamy Aiyer was president of National Liberal Federation of India (NLFI) or Liberal Party of India in 1919 and 1926. In his address at Calcutta in 1919, he openly criticised the Passive Resistance Movement called by Gandhi. Aiyer called Gandhi’s ‘constructive programme’ an impracticable and believed that an “unqualified doctrine of non-violence has never been carried out in practice.” From the very beginning of Gandhi’s Non-cooperation Movement, Aiyer had been opposed to it but never attacked him personally. Aiyer was very much concerned about how passive resistance movements perused against the British government and Aiyer feared that these mentalities of passive resistances might not spare any governments in future.

There were some outbreaks of violence after Gandhi’s passive resistance movements which led Sivasamy Aiyer to harp on his apprehensions quite strongly. Aiyer remarked delivering Presidential address: “So long as he (Gandhiji) is the dictator of the non-cooperators and so long as he continues to be, if I may respectfully say so, intoxicated with the incense of adulation paid by his worshippers, and so long as he is anxious to maintain his reputation as a prophet by trying to hasten the event of Swaraj at lightning speed, so long as he maintains the attitude, the unyielding and uncompromising attitude which he does, I am afraid it will not be possible to come to any satisfactory results.”

Further, Sivasamy Aiyer’s thoughts reminiscence to the current protests of students’ and few instigated groups which are breaking law and order in the name of the right to protests. Avowedly condemning the Gandhi’s Satyagraha movement Aiyer remarked “But though few believe in the specific articles of his faith, the Gandhi spirit or the mentality which he created has permeated large sections of the masses. The young have lost their respect for their parents and elders; students have lost their respect for their teachers, resent discipline and claim the right to strike work, respect for the laws of the land has sensibly diminished; and the people have become familiarised with the idea that it is right and even laudable to break laws which do not commend themselves to sectional public opinion.” The law-breaking mentality more than the civilised culture denouncement is more dangerous. Aiyer was someone who would educate the youth to fight with ethics and principles rather than encourage for street protests.

In 1927, Sivasamy Aiyer delivered eight lectures in the University of Madras in the memory of his late childhood friend V Krishnaswami Aiyer who died prematurely. His lectures titled “Indian Constitutional Problems” were published in 1928. Aiyer emphasises on the systems of responsible government on attaining the independence on all significant aspects of government systems both at centre and state as well as at local body levels. Through these lectures, he had unequivocally dealt with a range of subjects like the role and structure of legislature, executives at the centre and state level, judicial systems, the party systems, the defence, the minorities, etc. As far as the backward classes were concerned, Aiyer was acutely aware of the fact that “the treatment of the backward classes has been in the past a slur upon the social system of India”. In 1913, he remarked, “that any form of Constitution in which the lowest classes are not represented must result in injustice and oppression.” He strongly advocated the decentralised government systems for panchayat, town and village administration by comprehensively listing 11 important areas covering all major aspects.

In 1934, Sivaswamy Aiyer also delivered a series of lectures in Memory of Kamala Devi at the University of Calcutta. The lectures dealt with the moral ideals of Hindus quite comprehensively. It was later published as a book in 1935 as “Evolution of Hindu Moral Ideals”. In 1944, at a public meeting convened in Allahabad to celebrate PS Sivaswamy Aiyer’s 80th birthday, liberal thinker Tej Bahadur Sapru remarked that “there is scarcely a subject on which he has not addressed, on which he has not expressed considered and deliberate opinion. I can honestly say that there are very few books which have been written with so much ability, with so much impartiality as that book of Sivaswamy Aiyer.”  Indeed, Aiyer’s analysis of Hindus Moral Ideals of ancient time vs other nations by critical evaluations are fascinating, with in-depth looking at subjects like liberty, freedom, private property rights, equality, etc. In 1940, Sivasamy Aiyer delivered the first Dr Annie Besant Memorial Lectures in two parts on the doctrines of Ahimsa and Asangha of Hinduism for critical assessment in a literary quest. Both lectures were published in the Journal of the Madras University in 1941 edited by KA Nilakanta Sastri.

During the First World War, Aiyer played a vital role in mobilising support for the Indian Volunteer Movement. In 1931, Sivasamy Aiyer was appointed as Member of Indian Military College Committee. According to KRA Narasiah, “Not many remember that we would never have had a training ship but…In the first session of the reformed Central Legislative Assembly on January 12, 1922, Aiyer moved a resolution to constitute a Committee to investigate possibilities of promoting the formation of an Indian Mercantile Marine. The resolution which was adopted sought “the establishment of a nautical college in Indian waters for the purpose of training the executive officers and engineers of ships”. Aiyer had moved about fifteen resolutions to bring Indianisation of the army on all aspects.

In his recent book in 2016, Srinath Raghavan noted that “following the political reforms of 1919, Indians in the new Central Legislative Assembly (CLA) began to take a keen interest in the ‘Indianization’ of the army. In response to the Esher Committee report of 1921, a set of resolutions was tabled in the CLA by PS Sivaswamy Aiyer, a leading liberal from Madras. These included demands for setting aside 25 per cent of the places at Sandhurst for Indian cadets and for the provision of preparatory training in India.”

Sivaswamy Aiyer once remarked that Jawaharlal Nehru was one “fascinated by the glamour of the Russian Revolution.” In 1936, Jawaharlal Nehru invited Aiyer to join with the Indian Civil Liberties Union to protect the civil liberties of people but refused to join. In his reply, Aiyer referred to the secession of the liberals from the Congress in 1918, given the fundamental divergence of opinions on reforms and methods between the liberals and the Congress. And then Aiyer observed: “The difference between the Liberal Party and the Congress as regards the methods by which our respective aims are to be achieved have become sharper and more radical since the recent Lucknow Congress. You have pronounced a revolutionary creed whose object is the uprooting of existing political, economic and social structure, and you consider yourself bound to work for and produce a revolutionary mentality in the people… You believe not merely in the subversion of the government, but of the whole fabric of society on the lines which have been followed in Bolshevik Russia…”

Further, Aiyer added that “In the Soviet Union which you admire, all counter-revolutionary movements have been the subject of ruthless repression, and I have seen it stated that freedom of speech and the press has been curtailed by Soviet Russia as severely in peace-time as by other nations during war-time. The reconciliation of liberty with peace and order is the essential condition of national well-being and progress.”

PS Sivaswamy Aiyer had maintained an extraordinary independent thinking and intellectual integrity throughout his public life. He was profound thinker and contributor towards the building of constitutional liberalism conceived in liberal principles. Thus, there is enormous scope to rewrite the history of pre-independent India with recounting the monumental contribution of liberal thinkers like Sivasamy Aiyer who have contributed significantly to the Indian liberalism.