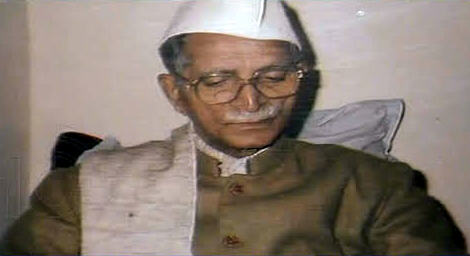 Like most other politicians of his generation, N G Ranga’s long public life saw him leading multiple ventures, all in the service of the nation and its people. Educated at Oxford, he began his career as an economics professor only to enter the regional politics in Andhra. His position as a major provincial leader was cemented by his control over various agricultural organisations that he had established. Paradoxical as it may sound, the Oxford-trained economist Ranga’s core support base comprised of the Andhra peasantry. Later, liberal farm leader Sharad Joshi would come to emulate Ranga’s trajectory.

N G Ranga’s ideas were a curious mishmash of oriental romanticisation of an idyllic village past, Gandhian notion of self-sufficiency, Marxist dreams of progress, and liberal values of individual freedom and property rights. Influenced by the social reformer Kandukuri Veeresalingam in the early days, Ranga founded the Kamma Jana Mahasabha, a progressive organization working against untouchability and dowry-purdah tradition.

In Oxford, he came across the works of HG Wells, Sydney Webb, Bertrand Russell, and John Stuart Mill. Initially attracted to guild socialism in Europe, the progress of the USSR would turn him into a Marxist. Later in the 1930s, the Stalinist oppression of peasants and forced collectivization drove Ranga away from the Marxist fold.

It was in 1930 that the academic economist N G Ranga became part of the mainstream politics with his entry in the central assembly. He went on to oppose the Simon Commission report and participated in the first Round Table Conference. Ranga’s lasting contribution to Indian democracy, I would argue, lies in his effort to promote substantial grass-root participation. His methods? Based on a stint with the British Labour Party’s political school, he went on to establish similar schools in Andhra to turn peasants into politically-conscious citizens. Andhra Farmers’ School, first among the others, was opened in 1934.

N G Ranga’s pro-peasantry advocacy was visible in his support to the farmers’ agitation against the zamindari oppression at Venkatagiri. He successfully managed to convince Gandhi to lend support to the movement, despite opposition from other members of the Congress. Ranga was also a key player in the formation of All India Kisan Sabha in 1936. The radical zamindari abolition agenda of AIKS would soon bring it in conflict with the provincial Congress governments. Even Ranga’s academic publications were mostly concerned with the condition of peasants and labourers in the countryside. Known as the Rythu Ranga and Coolie Ranga, he fought against both the colonial and socialist Indian state to ensure dignity for farmers.

Ranga’s differences with Nehru were visible from the beginning. As part of the Kumarappa Committee on land reforms, he didn’t support land ceiling measures. Ranga was also opposed to the whole socialist apparatus of the Five-Year Plans and Planning Commission. He refused to join Nehru’s cabinet when offered the ministerial berth. In response to Nehru’s advocacy of cooperative farming, Ranga mobilized lakhs of peasants in Machilipatnam to oppose the abolition of property rights by the state. The 1959 Nagpur Resolution of INC came as the final straw. The socialists in Congress proposed cooperative farming in the emulation of Mao’s collectivization drive.

The threat to property rights in an increasingly socialist India galvanized a disparate set of anti-Congress leaders to come together and form the Swatantra Party. However, as political scientist Howard Erdman has pointed out, Swatantra’s leadership had a clear ideological position stemming from a pro-market outlook. It was not a disparate coalition of opportunists under Rajaji, as charged by many of the detractors.

The predominantly urban character of Swatantra leadership led Rajaji to eschew Minoo Masani in favour of Ranga as the first Party president. S V Raju, Swatantra leader and Masani’s biographer, noted that Masani was unhappy with the choice of N G Ranga as the president. Rajaji’s persuasion though convinced Masani to lend support to Ranga in public – “It is not an accident that the move for the establishment of the Swatantra Party should have taken place at a meeting convened … by the All India Agriculturalists’ Federation and that Professor Ranga should be nominated as its leader. This is as it should be. India is and will remain, for many generations to come, a peasant country.”

As a Swatantrite parliamentarian, Ranga’s advocacy of liberty was most visible during the debates over the proposed 17th amendment in 1964. The amendment would empower state governments to acquire land of ordinary farmers without paying any compensation. Ranga’s rousing speech in Parliament against the bill led to its defeat.

N G Ranga’s concern for farmers’ welfare was recognized by none other than Pandit Nehru, “As long as Rangaji is in Parliament, the Indian peasants could sleep without any worry.” On the question of his opposition to Nehru, Ranga had clarified that – “it was for the freedom of the peasants and in defence of dharma. I’ve visualized the resulting implications of his anti-farmer policies. Knowing fully well that opposing Pandit Nehru can be politically dangerous to me, I performed my duty in defence of my convictions.”

N G Ranga later defected to Indira Gandhi’s INC after facing a massive defeat in 1971 elections. Not only that, but he also lent support to Ms. Gandhi’s draconian imposition of Emergency. The baffling switchover of a liberty advocate to the populist left faction demands explanation, meriting further research.