Today marks the 108th birth anniversary of Minocher Rustom Masani (1905-1998), popularly known as Minoo Masani. Masani was a three-time Member of Parliament and a leader of the Swatantra Party in India. 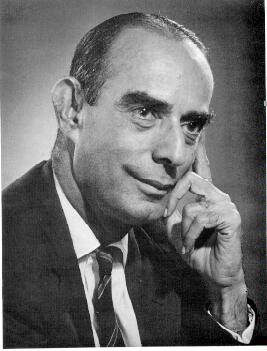 In the inaugural essay for Profiles in Courage aptly titled “Minoo Masani: The Making of a Liberal”, his long time associate S V Raju has described him as a man among those very few who kept alive the spirit of liberalism in India after independence.

Masani’s development as a thinker-philosopher and politician can best be described by the titles of different sections in S V Raju’s brilliant ode to the man and his life. To a layperson, his evolving beliefs through the years may resemble that of a flip-flopper, but upon closer examination one will find that they were of a hero. From being an admirer of the Soviet Union to being a freedom fighter, from being a socialist in 1930s to become disillusioned with Soviet Communism, from a thoughtful reconsideration of Socialism in 1940s to becoming an anti-communist crusader in early 50s, Masani never took things lying down. With the formation of Swatantra Party in 1959, his spontaneous journey to liberalism was complete.

Harold Laski, Britain’s most influential intellectual spokesman for Socialism in the interwar years and a professor at the London School of Economics where Masani also studied, was a revered figure to Indian students in England at the time such as Jawaharlal Nehru and V K Krishna Menon. S V Raju writes that while Masani too came under his spell, he was fortunate and smart enough to soon see the contradictions in Laski’s thinking and move away.

The most inspiring thing about Masani (and others like him such as B R Shenoy and R B Lotvala) is that he was independent in his thinking and listened only to reason and evidence, even in the face of extreme opposition and adversity. When he saw that something is not working, instead of being stubbornly and blindly tied to a particular philosophy and method, he questioned the assumptions and kept his eyes and ears open to find something that did. Today when the ideas of free market and classical liberalism are more acceptable and gaining currency, we would do well to meet the standards set by Masani and other liberals of planning era.

Indeed, his is a courageous profile and an awesome story of self-discovery.