SPONTANEOUS ORDER EXPLORE THE POWER OF IDEAS
Home SO Musings SO Musings: Marx and Theory of Value 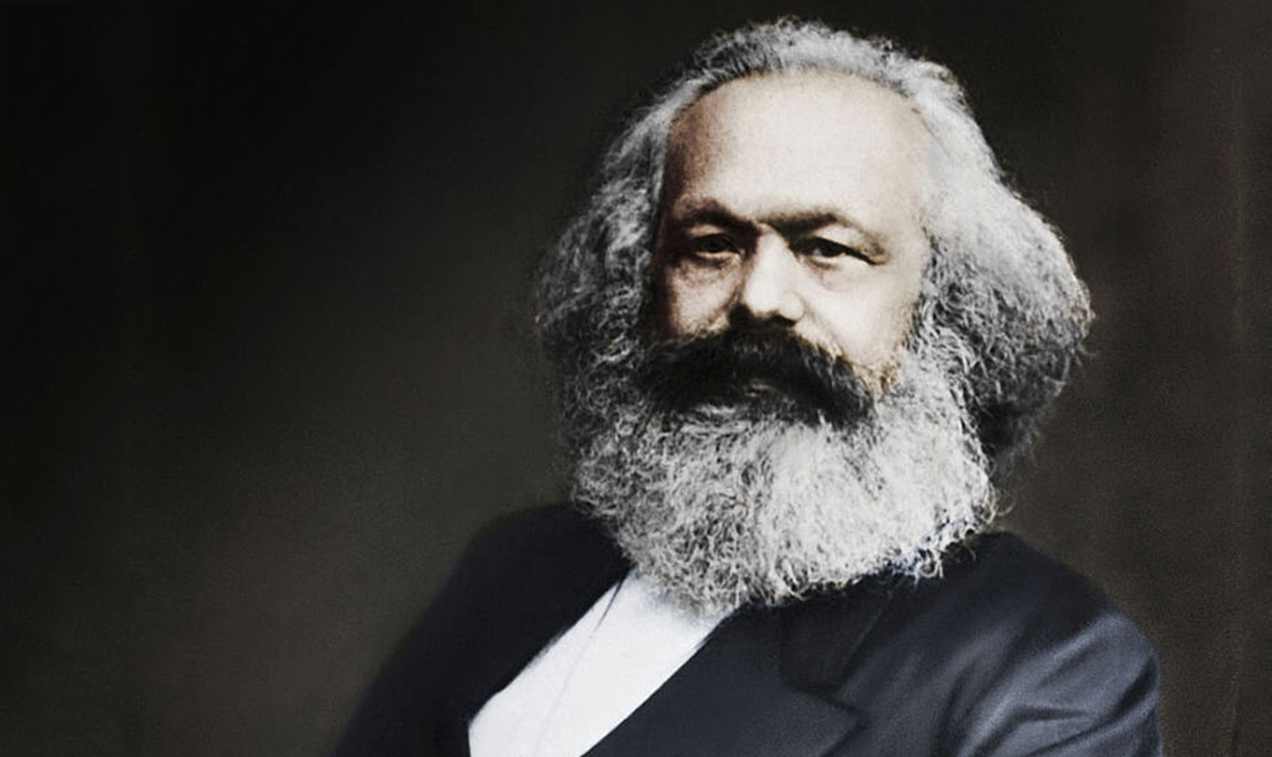 The following is an article written by Prof. G N Lawande in November 1962 issue of The Indian Libertarian, an independent journal of public affairs. In the article, Prof. Lawande provides a critical analysis of Marx’s labour theory of value.

At present that there are many in our country who believe that capitalism has failed to deliver the goods and the only remedy to overcome the evils of capitalism is to adopt socialism. On the basis of this assumption, our government has adopted a socialist pattern of society as one of the objectives of our Five-Year Plans. Karl Marx was the first economist to give us a systematic analysis of socialism. There were other economists but they were called Utopian Socialists. Marx was the most powerful of all critics of capitalism. At present many have accepted Marxism as the gospel of truth and have embraced it as a religion, “which promises paradise on this side of the grave”. Marx’s critique of capitalism is based on the idea that there is no harmony of interests as believed by classical economists. Marx “conceives of economic life in terms of conflict of interests between owners of property who do not work and workers who own no property”. He wanted to show that the capitalist process was the process of exploitation of one class by the other and that the economic consequence of this exploitation will ultimately destroy capitalism. The economic theory which explains this process of exploitation is the theory of surplus-value which in tum is based upon the labour theory of value.

Marx begins his labour theory of value with the analysis of a commodity. In order to maximise his profit capitalist is spending money on labour, transforms labour into commodities and sells these commodities for a larger amount of money. This can be expressed as M—C—M’. The difference between M and M’ Is the surplus-value, the result of exploitation. According to Marx, this kind of exploitation is attributable to the variable capital i.e. the wages of labour because the constant capital i.e. machinery does not undergo any quantitative alteration of value.

Marx defines a commodity as an article which has utility and is the result of human labour and that it is produced for sale in the market. One can easily see that Marx excludes gifts of nature which have exchange value. Marx argues that because as use-values commodities are of different qualities the exchange value cannot contain ‘”an atom of use-value”. From this, he has drawn the uncalled-for conclusion “If then we leave out of consideration the use-value of commodities, they have only one common property left, that of being products of labour”. It must be pointed out here that there are certain other qualities which are common to commodities, namely that they are scarce and secondly that they are the products of the scarce factors of production and not mercenarily of labour alone. Marx bad Ignored the simple fact that commodities which were not the products of human labour but which have exchange value and this he did so because he wanted to support the labour theory of value of Ricardo in order to prove exploitation in capitalism. In the words of John Robinson, “Marx wanted to keep insistently before the mind of the reader a picture of the capitalist process as a system of piracy, preying upon the very life of the workers.” Marx did not realise the fact that the labour theory of value was unnecessary to support the conviction that capitalism is mainly a system of exploitation. It is in the words of Lerner “an unfounded dogma that, unless we go in for all this rigmarole about value, we cannot say that capitalists get part of the social product without working”. “Marx’s assertion that the exchange value of a commodity is determined by the only property common to all i.e. abstract human labour, is entirely arbitrary. Its fallacy is revealed by even the most superficial observation of how prices are actually determined on the real markets of the capitalist economy. Nowhere do commodities exchange according to the amount of abstract human labour contained in them. The exchange value of commodities is determined by conditions of demand and supply and, in equilibrium by production costs provided that the commodities in question are the result of production. Production costs do not consist of wages alone; they consist of anything which is needed, is scarce and commands a price. Labour itself is a factor supplied in an infinite variety of qualities reducible to abstract human labour only by market forces”. Though Marx Insisted upon the labour theory of value in order to prove the exploitation process in capitalism yet he returns to market conditions of demand and supply when his labour theory does not offer him any solution. He admits: ”that in order that a commodity may be sold at its market value, that is to say, in proportion to the necessary social labour contained in it, the total quantity of social labour devoted to that total mass of this kind of commodities must correspond to the quantity of the social demand for them meaning the solvent social demand.” From this, it is quite clear that Marx throws his labour theory to the wind when he does not derive any solution from it.

Marx admits that there must be social demand for the product in order to define socially necessary labour. If the supply of a commodity is greater than demand for it then it cannot be sold at a price which corresponds to the socially necessary labour time and the production must be contracted and on the other, if the exchange value of commodity exceeds the value of the labour contained in it must be expanded. Marx did not pursue this matter further because It endangers his labour theory of value. “The exchange value of labour must not be derived from the exchange value of its product if the labour theory of value and the theory of surplus-value are to be maintained. As soon as the relative scarcity of the product and of the factors of production are admitted as determining factors the whole labour theory of value becomes superfluous and is exposed as an excessively weak foundation of the theory of capitalist development. “Some critics have pointed out that the prices do not in capitalist economy correspond with Marxian values which Marx was mainly concerned to analyse. They find a contradiction in the analysis. To Bohm Baerk and Pareto this contradiction is fatal to the whole Marxian theory since it appears to them that Marx’s solution Is logically unsound. To Bernstein, the contradiction reduces the Marxian concept of value to nothing more than a reality but only as a theory of natural right or a mere standard of comparing one type of society to another. To Joan Robinson, the contradiction reduces the theory to mystification and metaphysics.

Though the labour theory of value as analysed by Marx does not explain existing price relations in capitalism yet Marx maintains that his theory can be applied to explain exchange values in planned economy when he says, “only when production will be under the conscious and prearranged control of society, will society establish a direct relation between the quantity of social labour-time employed in the production of definite articles and the quantity of demand for them. It may be for this cryptic remark that our government has adopted a socialist pattern of society as one of the objectives of our plans, which has resulted in the expansion of public sector at the cost of the private sector. Our economic progress cannot be accelerated unless we reverse this policy and give a proper role to the private sector in the economic development of our country. Our progress cannot be based on Marxian analysis which is a myth, and not a reality. Marx conceived his theory of surplus-value before he worked out his theory.” He knew the result he wished to obtain and must obtain, and so he twisted and manipulated his patent ideas and logical premises with admirable skill and subtlety until they actually yielded the desired result in seemingly respectable syllogistic form”. His theory of surplus-value is not the result of unbiased research. Marx knew what he wanted to prove. What he wanted was to unmask exploitation under capitalism but the economic development made by capitalistic countries has falsified the very basic structure of Marxism.

First Published in the Indian Libertarian in November 1962. 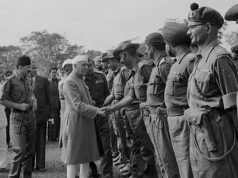 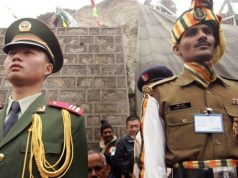 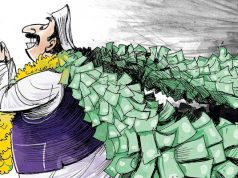 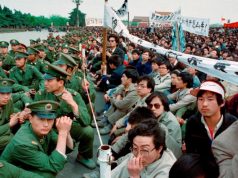 How the Air Corporations Act, 1953, came to haunt Indian aviation