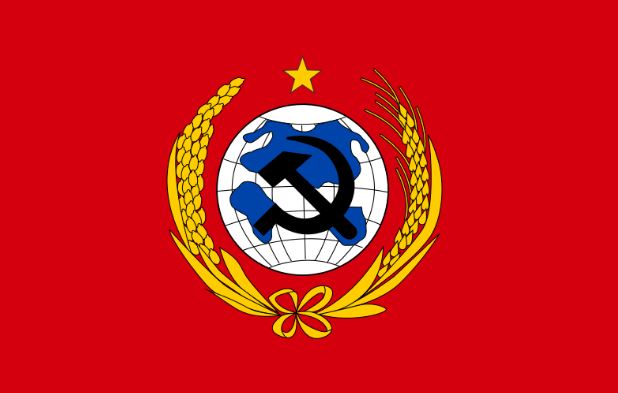 Even today there are too many good citizens in all lands who think of Communism in terms of a humanitarian ethical movement for propagating of social justice and for quickening social conscience. But they forget that the Communist Party is primarily a conspiracy to win political power exclusively for itself as a one-party dictatorship extinguishing all democratic rights, the moment power is won and that it owes primary allegiance to international Communism rather than to its own nation and country. This attitude of the Communists is rooted in the theory and practice of Karl Marx himself.

It is already rather late in the day to warn the country about the danger of communism to its independence and everything it values as a free nation. The Indian Libertarian and its supporting institutions like The R. L. Foundation and The Libertarian Publishers have each in its own way been warning the country of the danger of international communism not only as a propagandist organisation of unparalleled skill and equipment and funds but also as the medium of the foreign policy of Soviet Russia, Soviet China and other Soviet countries in the communist bloc. It is a Power Institution no less than an ideological machine.

But even today there are too many good citizens in all lands including Western countries like Britain who think of communism in terms of a humanitarian ethical movement for propagating notions of social justice and for quickening the social conscience. And in addition, they think of it on the analogy of democratic parties out to win power through honest propaganda for well-thought-out policies of redistributive justice and economic re-organisation with a view to obtain a better deal for the under-dog. Most fellow travellers are quite innocent of the sinister implications of joining in the communist movement. They are not aware that more than being a simple democratic party, it is primarily a conspiracy to win political power exclusively for itself as a one-party totalitarian dictatorship extinguishing democratic rights the moment power is won!

Also, many good people are not aware that the communist party in their midst owes its primary allegiance to international communism bypassing loyalty to their own nation and country. They are pledged to obey the dictates of Moscow rather than those of Delhi in India. The only hesitation in the minds of some Indian communists concerns the relative importance of Moscow and Peking in their Authority over them!

This attitude of communists is rooted in the theory and practice of Karl Marx himself.

It appears that there are some socialists (strange as it may seem to students of the subject acquainted with the fundamental texts of Marx, Lenin, Stalin and the Resolutions of the World Congresses of all Communist Parties led by the Russian Communist Party) who hold that Karl Marx is innocent of all responsibility for the doings of the Russian Revolutionists–Lenin and Stalin and the system they established and are carrying on-(today by Khrushchev.)

A letter appearing in The Indian Libertarian of 1st June 1963 over the signature of Mrs Goodman, secretary, Overseas Contacts, The Socialist Standard, London, asserts that the Socialist Party of Great Britain has taken up this position exonerating Marx of all taint of responsibility by doctrine and precept and example for the system established in Russia in 1917 and its operation ever since!

It must be conceded that England was led more by evolutionary communism or socialism than by the revolutionary variety which was more prominent in the thought and precept of Karl Marx. British socialists were primarily Fabian socialists who relieved in gradual, educative methods for introducing socialism through the ballot box. Marx himself admitted once that perhaps in Britain and the United States (as also in Holland), peaceful democratic methods of persuasion might succeed in realising socialism – namely, the liquidation of the capitalist class.

But he also held more likely than not, the bourgeoisie will sooner resort to arms to preserve their privileges than surrender them even to the ballot box verdict!

Marx was always ambiguous about violence but he made no bones about it. He was not squeamish about its use when necessary for the sake of the revolution.

Dr. Karl Popper in his substantial two-volume work The Open Society and Its Enemies has expounded the turns and twists of Marx’s teaching on all these points in great detail which leaves no excuse for any innocence or ignorance on the part of fellow travellers to remain blind to the dangers of the Marxist revolutionary ideas.

Now, even Mr. Attlee’s Government (socialist in character) proceeded to nationalise a good part of the economy-the commanding heights of the economy as they were called-i.e. road transport, railways, communications by air steel, the Bank of England and a number of other institutions. This policy curtailed personal freedoms to invest capital in accordance with one’s own judgment.

The result was a marked degree of inflation, high prices, a decrease in production, a flight of capital from the land to foreign parts, lack of investment in capital goods in sufficient degree and so on. The result is that today the rate of England’s production is lesser than Italy’s and Germany’s!

As a contrast, the experiment in free competition conducted boldly in West Germany by Dr Erhard has registered a remarkable success and has taken that country to the first place among European countries in resurgent economic development and prosperity.

Socialist Russia adopted the same Marxist economy to a fuller extent but any success by way of higher rates of production there is vitiated by unprecedented repression and regimentation, force and intimidation. The difference is one of comparative freedom but the failure of economy stems from the same policy, namely, Marxist centralisation of economy and its identification with political power.

Marx was a-moral. with regard to violence both as a means to achieve revolution and to maintain socialism after it was achieved. Hence Lenin and Stalin were only carrying out the letter and spirit of the Master’s Word in applying force in day-to-day administration-the reign of terror.

The revelations of Khrushchev in 1956 in the Twentieth Congress of Communist Parties of the world in Moscow that shook the communist bloc and shocked the whole world concerned only the brutalities of Stalin with regard to his own official and party subordinates. They did not show any concern on the part of Khrushchev and his friends for the Russian citizen as such-the unknown man, the ordinary communist citizen and his dignity, his rights of person and property; what the free world is accustomed to think of as fundamental rights.

If Khrushchev is less terroristic than Stalin, it is only because he does not dare to! His power is not so secure and well-established as Stalin’s was!

Stalin’s violence in liquidating millions (for example eight million of peasants to make cooperative and state farming secure!) is thus only a matter of degree! It does not transcend Marx’s principles.

If British democracy behaves differently with greater regard to the sacredness of the human personality, it is more due to the 800 years of British history in which the Britisher and his race have fought his ruling groups to establish his rights as a free man. The British do not owe them to Marx or any socialist of them all.

The British socialist experiment during 1945-50 has already produced a reaction and second thoughts even among socialists. The New Fabian Socialist Essays edited by Crossman (a prominent British Labour Party ideologist M.P.) speaks of the new despotism, of the encroachments of the vast bureaucracy that had proliferated during Labour socialist rule. This is the thin end of the wedge which might make room for liberty to leak away in course of time! Socialism has a built-in tendency to damage democracy since it concentrates both political and economic power in the hands of Government-that is, the same party and ruling group! The dispersion of power among different semi-independent or totally independent groups, economic, legal, political, religious, educational, cultural etc. that is such a healthy feature of a free society will vanish in a society ruled by socialism which will become severely monolithic in power and affiliation.

Another angle of vision popularised by Marx which is also dangerous to independence of judgement and character is his economic determination of culture or class derivation of truth. In this view of the super-structure of culture as determined by the economic foundation which in turn is determined by the pattern of property ownership in production (relations of production), Marx abandons his rationalist spirit and method and becomes a relativist in his view of truth and science, philosophy and culture. So, truth will differ from class to class! That is to say, there is no such thing as objective, universal and necessary truth!

If so, there is nothing to choose between Fascism and Communism, Marx and Hitler! Why blame the bourgeoisie if they take to arms to crush the communist gangs? Marx himself gives up the quest for objective truth when he declares that the main thing is to change history–not understand it.

But there can be different varieties of world communism. One variety will recognise the nation as a social unit entitled to run its social affairs under a government of its own democratically chosen and democratically conducted.

Such democratically-conducted national governments of particular national societies small or large can co-operate to establish a world federation with a minimum of Police Powers under a World Court interpreting a World Law confined to international relations. This would leave internal affairs to local autonomy.

The present United Nations Organisation would be mended in this direction or ended and a new One erected in its place. Meanwhile nations would proceed by collective security, all nations entering into a pact to rush to the defence of any one of their number who may be attacked by any one.

But Marx’s internationalism is erected on the abolition of existing national structures and the antagonising of all upper and middle classes not educated, leading classes in all countries. It is based on class war which is a totally unnecessary and false doctrine motived more by universal hatred engendered by racial memory of the oppression of the Jews by Gentiles (Marx coming of Jewish ancestry).

Being founded on class war, any State founded on Marxism is bound to set itself in opposition, bitter and all-out, against all other nations. This is what we find in Soviet Russia and the communist States adopting her ideology like China.

We have the means to do so. But we will never interfere in the internal affairs of other States. That means war and we are against war.”–Khrushchev in a recent declaration.

This is pure Marxism, world revolution through class war and assistance to the working class of other States by the revolutionary proletarian State tv overthrow their own upper class. This is the foreign policy of Soviet Russia and world Communism.

If British Socialists hold to Marx, as Mrs Goodman so believes they do, then they should tell Indians where they stand in this international class war! What is the brand of their internationalism?

The Communist Party of India is camouflaging its true position as an agent of world communism and of Soviet Powers, Russia and China. It is getting respectability by being recognised as a patriotic party and entrusted with negotiating with Communist States! This is the limit.

First Published by the Indian Libertarian in August 1963.