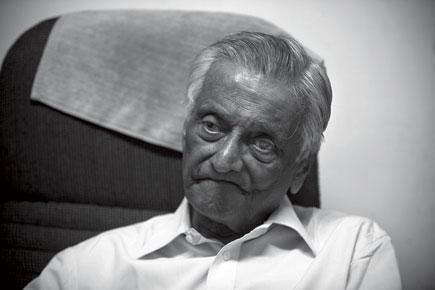 I first came to know about S V Raju as an editor of Freedom First, the magazine that I have been subscribing for more than 20 years. He was the person who kept the flame of liberalism and the Swatantra Party alive in India. As a young liberal, the flame-keeper commanded deep respect and awe.

As CCS got established, Mr Raju felt that we were more libertarian than liberal. We often discussed and debated what could be an Indian version of liberalism in current times. Despite these debates, he generously invited me to participate in the Indian Liberal Group meetings. He always found time to engage in long discussions, regale stories about his experiences and encounters and help me understand the recent history of liberalism in India.

Our last discussion was about the new CCS project—creating a digital archive of Indian liberals (www.indianliberals.in), which he very enthusiastically endorsed. We talked about doing a longish video interview where he could freely narrate his story of Indian liberalism and Swatantra Party. As he kept the flame alive, I hope that the people at Freedom First, the Forum of Free Enterprise and the Project on Economic Freedom would ardently continue.