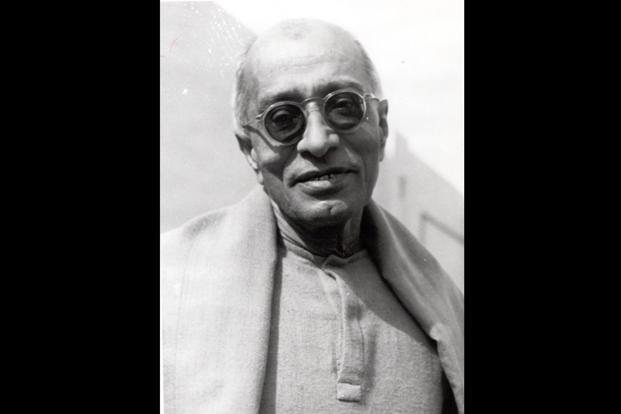 The following piece was written by C Rajagopalachari in 1965, and was published in the Swatantra Party Souvenir.

The Congress Party’s daily assertion is that it is deeply concerned about the welfare of the poorer section of India’s people. And that the Swatantra Party’s leaders are concerned with an opposite interest. This is a great propagandist lie. We are all concerned about the uplift of the poor and their welfare. It is one thing to be concerned, another thing to know how to realise the welfare of the poor-which we desire to achieve. The licence-permit-quota regime and the monopolies which it has created, the nationalisation of big concerns and the mismanagement and losses that it leads to, the indirect taxation which inevitably accompanies State trading, all these and other features of the Statist socialism which the present Government of India is practising do not contribute to the uplift of the happiness of the poorer sections of our people.

Taxation and the public debt, and large administrative expenditure, have caused prices to soar, making the poor man’s life a life of unrelieved distress. The Swatantra Party wants a reversal of these Statist policies. It stands for the restoration of normal competition among producers and distributors. The poor are being deceived by the Congress Party, because the power resulting from the licence-permit-raj and the day to day enjoyment of it by that party are too sweet to be given up. The Swatantra Party insists that it should be given up. No Government, whatever be the party in office, should be allowed to enjoy the power that the Congress Party now enjoys on account of the licence-permit-quota raj going by the name of ‘socialism’. It is not democracy. It is not freedom. It is tyranny and a machine for perpetuation of power in a single party. In 1954, the Congress Party formally adopted a policy of increasing the State’s power over the people’s economic life, in the hope, thereby, of improving the lot of the poorer sections of the population. Eleven years have passed and the party has not succeeded in demonstrating the wisdom of that policy. It has steadily increased the control of the State over the national economy, but it has utterly failed to improve the lot of the poor. No Government can reasonably ask for longer than eleven years’ trial for any policy which it adopts in variation of established usage. The Congress Party still refuses to admit its error.

The Swatantra Party wants less taxation, and more incentives for production which will, in turn, increase employment, increase wages and improve the lot of the poor. The natural incentive for saving is the opportunity of re-investment and thereby the prospect of increased income.

In vainly persisting in its wrong policy, the Congress Party has led the nation into a degree of indebtedness to foreign nations, which will sit on succeeding generations of the poor as a monstrous and irredeemable burden making life miserable and devoid of all hope for them.

In spite of patent failure, the Congress Party holds on to power without abandoning its erroneous policies. The Congress Party has learnt to utilize the administration to perpetuate its rule, but the electorate has unfortunately not learnt yet to use the ballot-paper to dismiss the party from power. The electorate is largely uneducated. It is deceived to think that the goal of socialism, viz., the improvement of the poor man’s lot will be attained in some miraculous way by the Congress-an old, hallowed national institution which cannot be speaking falsehood! The poor man’s lot cannot be bettered by trade and industry being managed by officials-and this, in reality, is socialism. The Congress Party has deteriorated in all ways and its desire to be in office has disabled it from thinking aright.

The poor need opportunities for giving their honest labour and earning reasonable wages to run their families. These opportunities will increase with the increase of private industries and private trade spread all over the country, not through a few big Government plants or State-trading concerns which can only engage a limited number of people. Free economy alone can bring employment to the doors of the poor millions, and this is the policy of the Swatantra Party. This obvious truth is sought to be hidden away from the poor by sheer calumny and abuse. Those who utter calumny against private trade and private enterprise have been given more than ten years’ trial to improve the lot of the poor through the policy of giving all power to ministers and officials. The results of that long trial are well-known-corruption, the rich getting richer, and the life of the poor remaining just as miserable as it was in 1954.

It is not a battle between two broadly different policies, between State management and free economy, but between a group that has seized the administrative machinery, and all government and quasi-government influence, enabling it to win elections, and a group that offers free economy to the people but which has no power to bribe the voters with anything immediately attractive to the voters, because it is not in office nor in possession of the public exchequer. The voters should not allow themselves to be thus bamboozled but should cast their votes so as to remove this Congress incubus out of office and give a chance to those who oppose Statism and are prepared to take charge of the affairs of the nation on the basis of free economy and minimum State-intervention.

The poor should ask themselves the simple question: Are we better off today than ten years ago? If the answer is in the negative, they should put the stamp on the Swatantra Party candidate or anyone else that like the Swatantra Party, opposes the blighting State controls and believes in free economy. The electorate should refuse any longer to support the Congress Party. Let the Congress Party sit in Opposition and plead for State controls wherever such controls would be for the good of the poor. The reins of government should no longer be in their hands. And this the electorate has the power to decide.

You can access the original piece here. Visit indianliberals.in for more works by Indian Liberals dating back to the 19th Century.