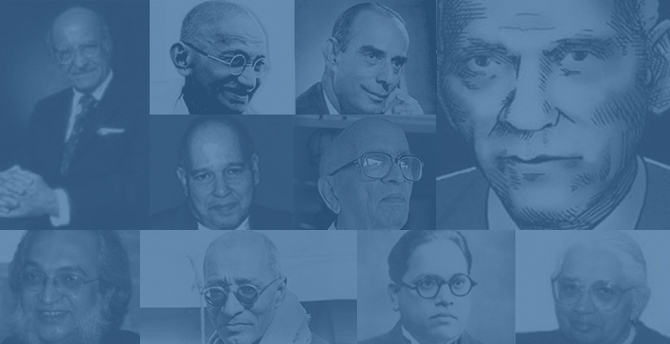 The following piece was published in the April 1973 issue of Freedom First. The author, M R Masani was one of India’s most prominent liberals—he was a part of the Constituent Assembly that drafted the constitution and was closely associated with the Swatantra Party. In this piece, Masani talks about what liberalism means, and how the word had come to lose its true significance and meaning over time.

When I attended the Conference of the Liberal International in Italy at the end of 1959, the Liberal leaders who were present from various countries of Europe told me that they found the principles of the newly established Swatantra Party to be ‘the milk of pure Liberalism.’ In India, however, most scribes and a great part of the so-called intelligentsia have throughout the last decade looked upon the Swatantra Party as conservative, if not reactionary. What is the source of their confusion?

This phenomenon and the confusion are not unique to India. The fashion comes, as most of our fashions do, from the United States of America where socialists and communist fellow travellers have pre-empted the word ‘Liberal’ to refer to policies and operations which are anti-liberal in the extreme.

The New York Times, Prof. Galbraith and Senator McGovern are well known examples of this bogus “liberalism” which has resulted in genuine liberals like Prof. Milton Friedman and Prof. Sidney Hook being known as conservatives.

It would appear that this semantic confusion is now threatening to cross the Atlantic, or so it would seem from the letter written by Prof. P. T. Bauer of London University to the Daily Telegraph on 5th February, 1973.

Seeking to draw attention to the perversion of the term “Liberal” which had now spread to the pages of the Daily Telegraph, Prof. Bauer wrote:

“The term is used to describe advocates of freedom, a condition which according to the Oxford Dictionary denotes being free and having the right or power to do as one pleases, which of course has always been circumscribed by the obligation not to infringe on other people’s liberty. In recent years and decades the term liberal has gradually come to mean its exact opposite.

“‘For some time now in America liberal has come to refer to Socialists or even Communists, that is advocates of close and extensive State control of social and economic life.

“I have heard an American woman describe an uncompromising supporter of Stalin’s regime as an extreme liberal. I have heard people talk of Marxist liberals–rather like talking of boiling ice-cream.”

“Such corruption of the language makes reasonable discussion impossible. It is ultimately destructive of civilised society.”

A few days later, Prof. Bauer was supported in his plea by Mr. Vernon Dawson, Secretary-General of the Liberal International.

The Daily Telegraph made amends in the form of an editorial article entitled Who Are Liberals?, in the course of which it wrote:

“Liberalism, as Prof. Bauer reminded us on this page, is about liberty. Historically, it was the doctrine of those who, for moral as well as economic reasons, were against the sterile autocracies of l8th-century Europe. It was, and is, not a simple matter. Both Continental rationalism and English empiricism have contributed to it. But what genuine liberals, in all societies have always had in common is a concern for the freedom of the individual, the rule of law, and the limitation of government, both in its power and in its scope. As such liberalism must be regarded as a political doctrine quite different in character from conservatism, which is about social order, and socialism, which is about social equality. How is it, then, that this old and honourable word is now commonly used to denote those whose political views are the exact opposite of traditional liberalism? How is it that those who favour State intervention in the economy are called ‘liberal’, and those who have a genuinely liberal dislike of such things are called ‘conservative’ or ‘right-wing?'”

“Is this question of anything more than academic interest? Not if we think words do not matter. But if we think that political debate loses much of its point if words are used in a slipshod and inaccurate fashion the misuse of the ‘liberal’ is a tendency that we ought to resist.”

All this will, of course, leave the crypto-communists in Delhi and their apologists in the press unmoved. They can be counted on to go on with their practise of ‘double think’ and ‘double talk’ à la George Orwell, describing progress as reaction and autocracy as progress.

The controversy in the Daily Telegraph serves, however, to strengthen and vindicate the faith of genuine liberals in India, such as members of the Indian Liberal Group affiliated to the Liberal International, and others, that theirs is the true Liberalism based on the authentic Liberal Tradition.

To access the complete piece, click here. Visit indianliberals.in for more works by Indian Liberals dating back to the 19th Century.