Rajaji founded the Swatantra Party in 1959 with idea of limited government and protection of the individual liberty against the increasing trespasses of the State. Prior to establishing his party, he was sworn in as Governor of India on 21st June 1948, and served in this position till 26th January 1950. He was very clear about the kind of Governor and governance he was going to bring to the nation. He said “no territorial or racial or religious community can hope to thrive or maintain its happiness through force without the willing and full cooperation of other people and the utmost intercommunication…It is therefore necessary that all communal and territorial isolationisms should be abandoned and the best talents in every community should seek to serve the whole state”.

But what prompted Rajaji to start the party? After Sardar Patel’s death, Rajaji realised that there was no one to question Nehru, and that dissent was discouraged and silenced within the Congress party. Frustrated with this state of affairs, at the age of 81, he went against the party politics and forged the Swatantra Party along with leaders like Minoo Masani, N G Ranga and others. The party went on to become the single largest opposition party against the then-largest party, Congress, in the fourth Lok Sabha, and in legislative assemblies of many states like Bihar, Gujarat, Rajasthan and Orissa. The voice of this party was different, it was unique. They dared to question the socialist regime and the kind of democratic order that they witnessed.

Leaders like Rajaji are missing in present India. There is barely any voice being heard, let alone liberal ideas and voices. However, there is hope to be found in today’s urban middle-class youth — they are interested in knowing and learning about alternate options, keen to explore new ideas and to look beyond the rhetoric of socialism. They are ready to engage in policy debates. Perhaps the Anna Hazare Movement and rise of the Aam Aadmi Party can be credited for this — they made policy debates sound interesting and “cool”, and their appearance as an alternative to the status quo was a refreshing change, re-enthusing the engagement of youth with policy. Young leaders like Kanhaiya Kumar, Jignesh Mewani and few others are taking charge of politics and trying to establish a strong opposition based on individual freedom and consent which is missing in the current regime. Today, the youth isnt necessarily socialist or liberal, they are open to debates and ideas, and keen on finding a middle ground.

In my opinion, this resurgence of youth is critical. What we are missing today in India is a strong opposition voice. The onus is on civil society members to take cognizance of the censoring of all those who question policy and demand freedom. We are seeing that freedom is being curtailed in the name of “nationalism” and citizens are being questioned for what and who they are, most times simply for having a dissenting voice. The most recent example i.e. the four judges coming out in the public to raise their concerns about the independence of the judiciary is a clear reflection of the malaise — of what is not right in India. According to The Freedom of Thought Report 2017, India stands 4 out 5 on freedom of expression and humanist values, sharing the score along with extremist countries like Israel and Lebanon. This is not a very comfortable position to be in. Statistics on inter-communal violence show a 30% increase in the first half of 2015 with a total of 330 attacks, of which 51 were fatal, compared with 252 attacks, 33 of which were fatal in the same period of 2014.

This is why, while the civil society’s dissent is crucial, it is not enough. There must be a strong, official, legislative opposition — this is not a role that can be substituted for by people’s movements, effective as they may be. It is this role that the Swatantra Party served in between June 4, 1959, and August 4, 1974. They gave people an option to vote for people within the party and dissent was invited at every step. The Swatantra Party offered choice to Indian voters. They offered an alternative of less state intervention in the lives of citizens and a much larger role for these same citizens in the country’s governance.

Importantly, the party also invited dissent from within the party. Rajaji believed that every member of the party should be completely free to hold his own views and opinion to express and should not be restricted by the party’s whip. The Swatantra Party was perhaps the only party which stood for individual initiative and enterprise in its truest sense. It allowed people to think for themselves and come up with their own entrepreneurial ideas. They believe in social justice and not socialism. Party was very clear with respect to how much and when they should intervene. Rajaji once mentioned in one of his speeches that “…compulsion kills initiative and regulation kills interest and responsibility. We want all policies to be based on the faith in people as the moral foundation of government, discarding compulsion”. The Swatantra Party stood for freedom of trade and employment. It was opposed to nationalisation of banks. They stood for the maintenance of the rule of law and restoration of fundamental rights to the people in the true sense. In fact, at the inauguration of the Swatantra Party, in his speech, Rajaji said “…the State is becoming a giant entity by itself menacingly poised against the citizen, interfering with his life at all points, mistrusting the people, imposing restrictions, introducing a series of controls and regulations, stepping into the fields of agriculture, industry and trade, creating an army of officials, tremendously increasing the cost of administration and therefore the taxes paid by the nation, hypnotizing the people with slogans that are mistaken for thought and wisdom, a scheme of Government in which it is taken for granted that the citizen is ignorant of what is his own interest”. Although he said this in 1959, it is true in the current political system as well.

Today, as we see the role of the opposition pawned off to the citizens rather than our elected representatives, we realise the criticality of having a legislative opposition. Secondly, we see that while the parties differ in mandate, the policies they legislate look very alike one another. So we not only need a strong opposition, we need an alternative in what is fast becoming a monopolised centre. A liberal alternative that will stand up for individual freedom, for increased choice and accountability, for limited government and maximum governance. Of the people, by the people and for the people. 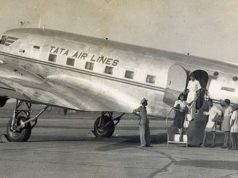 Is Privatisation a Dirty Word? 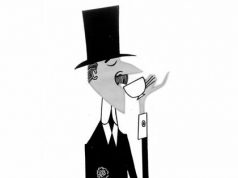 State Governors: Why Do We Need Them? 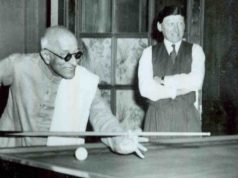 The Movement of Freedom: C. Rajagopalachari 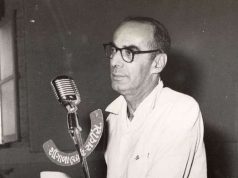