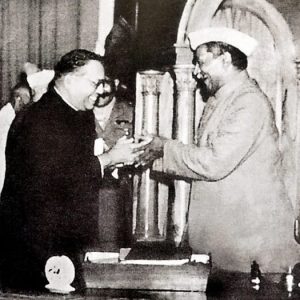 The recent months have been momentous for the Indian Judiciary, with the Supreme Court finally scrapping two illiberal colonial era laws after decades of litigation and public pressure. Section 377 and 497 of the Indian Penal Code are perhaps prime examples of archaic laws that we inherited from the British Raj, and held onto even after our colonial masters scrapped these from their own law books. While the repeal of these two bad laws was greatly celebrated by people across the country, we should also extend the same momentum to purging our law books of the thousands of similar laws that range from the archaic to the disastrous. Not only do these bad laws plague our legal system, but also put everyday liberties of our citizens at risk.

Take the Indian Aircraft Act (1934) for instance, which classifies all maneuverable flying devices as aircrafts and hence, requiring a permit. This would technically mean that flying kites and even balloons would require a permit, and in effect make most of us, including the Prime Minister,  law-breakers! Or take the East Punjab Agricultural Pests, Diseases and Noxious Weeds Act of 1949, which demands all able-bodied men over the age of 14 to make themselves available to fight off locusts upon being summoned by drumbeats, or face 10 days imprisonment. The legacy of these archaic laws does not just stop at the doors of the prison, since there are provisions in the Indian Prisons Act of 1894 that allow male prisoners to be whipped up to 30 times!

Many of these laws are outwardly ridiculous. There are many more laws that may seem alright on paper, but turn inefficient or counterproductive upon its implementation. The Naik Girls Protection Act of 1929 is a classic case of laws made with noble intentions having disastrous consequences. A law intending to stop the institutionalised trafficking of girls from the Naik community, it eventually resulted in several Naik girls being wrongly branded as prostitutes and inadvertently led to increased trafficking of girls from non-Naik communities. The Salt Cess (1956) was conceived by the Indian government to cover the costs of running the Salt Department, but by 2014 the cost of simply collecting this cess amounted to half of the revenue and constituted barely 7.5% of the total operating cost of the Department.

It also worthwhile, at this juncture, to ask the larger question as to why we maintain a dedicated salt department (manned by officials of the ‘Indian Salt Service’) to tax and regulate the production of salt, in a country where the very act of swaraj was highlighted through a rebellion against the taxation and regulation of salt, is something that the policy makers as well as the public need to introspect.

While law commissions have published lists of bad laws several times in the past, it is only during the past few years that we’ve seen at least sporadic bursts of political effort towards the repealment of these laws. Riding on this wave, over 1200 central laws, curated from reports published by the law commission and civil society organisations (including CCS’ own Repeal 100 Laws and Repeal of State Laws compendiums), have been scrapped over the past 4 years. But to ensure that the process of repealment is not a perfunctory exercise driven purely by the mood of the party in power, it is necessary to institutionalise the idea of repealment both as an annual exercise and as an apparatus embedded in every new legislation.

An annual “National Repeal Laws Day” could be institutionalised, preferably on the same day as that of the Constitution Day, November 26th. The parliament or state assembly would do only one task on this day–repeal laws. Much like the Swachh Bharat day, the National Repeal Law day would act as an annual event wherein all the numerous departments and ministries work together to clean up our law books.

The practice of desuetude could also be encouraged and adopted, wherein certain laws that have not been in use for a set amount of time are automatically repealed. Adding a ‘sunset’ clause to all new legislations would ensure that each new regulation would be put under review after a pre-decided amount of time, and be ratified again only if it is still relevant. Such a sunset clause would ensure a periodic checks on legislations, and embed the need for review and repeal at the time of drafting the legislation itself. It is due to the lack of such a sunset clause that we continue to have these British era laws, long after the sun having set on the British empire.

The constitution of India has been long heralded as a ‘living’ document. With over a hundred amendments, it is not just the longest constitution in the world but also among the most frequently updated. Yet, to ensure that our ‘living’ constitution and the nation it breathes life into stays in the prime of its health, it is necessary not just to add new legislations but also to routinely discard the bad ones. It is only by giving due focus to the repealment of obsolete, redundant and freedom-threatening laws that we ensure the well-being of our nation, as well as the social and economic liberties of our citizens. 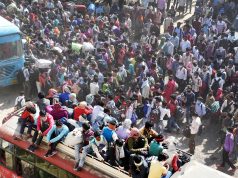 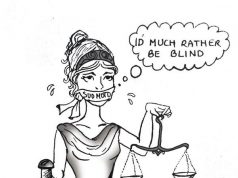