Home Public Sector Why BSNL needs to Hang up

Bharat Sanchar Nigam Limited (BSNL), the Indian public sector undertaking in the field of telecommunication, has been unable to pay the Rs 850 crores in salaries to its 1.74 lakh employees for the month of June 2019 and has approached the government seeking immediate assistance. Under massive debt for many years, BSNL is not a stranger to such situations. Here are four things you should know about BSNL (for you have been paying for it all along):

The government is seeking immediate loans of Rs 2,500 crores to keep the Public Sector Undertaking afloat. This amount will sustain operations only for about 6 months and this is a big deterrent for the lenders. This is an unsustainable model and the fate of BSNL needs to be reconsidered. Telecom is not a public good and it does not make sense for the government to hold onto a failing Public Sector Undertaking.

The high employee costs of BSNL are unfit for today’s competitive markets when enterprises across the spectrum are economising and cutting down costs to survive and remain competitive. The government cannot continue the practice of bailing out perpetually sick Public Sector Undertakings using taxpayers’ money, over 90% of whom aren’t even choosing to opt for that service yet end up subsidising high bonuses of government employees. 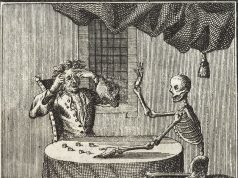 The Controversy of Death