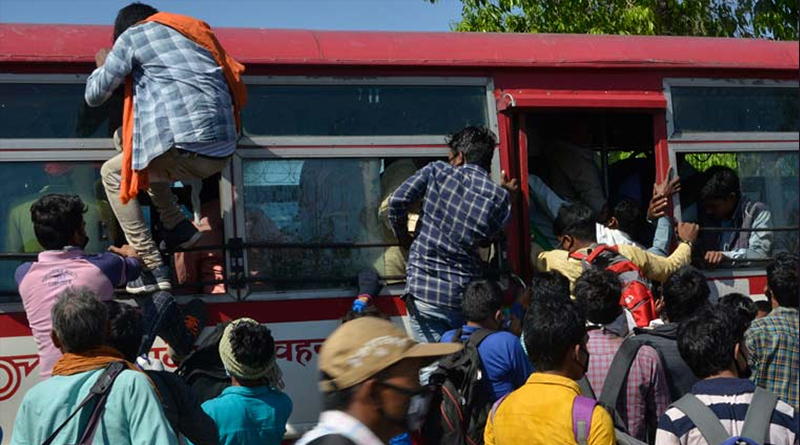 Emergency action to create jobs in a disaster like Covid-19 is warranted. But scaling this up to an urban job guarantee poses serious problems. Urban jobs pay more, sometimes double the rural rate. The minimum wage for unskilled labour in Delhi is ₹570 a day, against the national MGNREGA average of ₹202. The national picture is complex. The MGNREGA rate is often below the rural minimum wage in many states. Economists will say this is good policy — it helps ensure that labour is not diverted from normal jobs to MGNREGA.

Urban wages are typically much higher and so attract rural immigrants. Some states have separate minimum wages for rural work and urban tasks under the Shops and Commercial Establishments (SCE) Act. Others have the same minimum wage for both rural and urban areas. In some states, the minimum wage is supplemented by a variable dearness allowance (DA), which in some states (such as Andhra Pradesh) can more than double the overall wage. In Uttar Pradesh, MGNREGA pays ₹201a day against ₹337 a day for the minimum wage plus DA.

I doubt if it is politically or morally possible to pay the low MGNREGA rate in cities. Certainly, Opposition parties and trade unions would scream murder. I suspect that for any urban job guarantee, the states will have to pay at least the much higher minimum rate under the SCE Act. If so, guaranteed high wages will induce an additional inflow of rural immigrants. That will mean urban slums with more congestion and pollution, and maybe no decrease at all in the absolute number of urban unemployed. If the government then doubles budgetary allocations to employ the new migrants, that can pull in still more migrants from rural areas, in a neverending cycle.

Till now, urban schemes in states with limited outlays have created too few jobs to induce large immigration. But scaling up to a full-fledged job guarantee will guarantee ever-rising immigration that skewers the attempt at full employment.

The scheme might just work if GDP growth is so rapid, labour-intensive and urbanised that urban jobs rise faster than fresh immigration for long periods. Alas, GDP was slowing fast even before Covid-19, and deglobalisation looks like slowing future global growth. Economist Shankar Acharya has pointed out that recent National Sample Survey Office (NSSO) data suggest a tripling of open unemployment to 6%, and a crash in the proportion of people of working age seeking work from 64% to under 50%.

The supposed demographic dividend has vanished. New technology is killing old jobs. These structural trends highlight the crisis in employment, but equally highlight the impossibility of solving it through urban job guarantees.

Since a guaranteed urban wage can be double the MGNREGA rate, any given budget outlay can create up to twice as many jobs in rural as in urban areas. Given humongous budget constraints, surely, any spare money must go to rural areas to create the most jobs and help the poorest. One objective of MGNREGA is to curb rural migration to towns. An urban guarantee scheme will do the opposite, stimulating migration and sabotaging MGNREGA’s intent.

A crisis like Covid-19 justifies emergency outlays to help unemployed urban workers. GoI should have had a bigger immediate stimulus that included job measures to reduce the massive reverse migration of urban workers to villages in March-July. But today the lockdowns have eased, workers are coming back, and many manufacturing and service establishments complain of a labour shortage. State budgets are under enormous strain. In these circumstances, expanding MGNREGA is surely better than creating urban jobs at far higher costs per job.

Drèze’s DUET proposes a centrally sponsored scheme to give job stamps to institutions like schools, colleges, neighbourhood associations and local bodies for repairs and maintenance, which are badly needed. These institutions will use job stamps to pay workers hired through placement agencies that will register the unemployed and later monitor work done to prevent collusive fraud. The job stamps will have to be used within a fixed period of time.

Job stamps can be for a full day’s work at the prescribed wage, or for halfdays to accommodate women who cannot work full time. The placement agencies will also help in training by, for instance, having apprentices accompany skilled workers like electricians and plumbers to learn these skills.

I am for such experiments, but must caution that the placement agencies can become hubs of nepotism and corruption. If they are to certify work done, that could turn into another inspector raj. Drèze advocates experimentation by states to mitigate immediate distress and see what works, and later scale up a full urban job guarantee. I see the case for experiments for a limited urban works programme. I see none for a full-fledged job guarantee scheme.

This article was originally published in the Economic Times on 17th November 2020. You can read it on Swaminomics here.