Home Behavioral Economics The Power of a Gentle Nudge!

RINGG. RINNGGG. RINNNGGGG. Snooze. Repeat.
Most of us are unfortunately too familiar with this scenario: we set the alarm for early morning with the intention of getting some extra work/study done, squeezing in a run before getting to work or hitting the gym. However, we end up either hitting snooze till eternity or turning off the alarm altogether.

Being the rational people we are set out to be, shouldn’t we be making the most efficient choices? In this case, getting up bright and early to tackle our tasks head-on!

Richard H. Thaler’s Nobel Prize-winning Nudge Theory explains with refreshing clarity that we as human beings are wired to act on convenience rather than rationale. Simply put, we opt to do what’s easier than what’s wiser. It comes as no surprise then that the “far-sighted Planner” in us – who roots for our long-term welfare – is generally at odds with our “myopic Doer”, battle-stricken in a tightrope act of temptation vs. self-control.

Take heart though, because with the right incentives often in the form of nudges, aligning interests for short and long-term welfare is indeed possible. For example, planning to meet a gym buddy at 6 AM, better yet exchanging gym passes with that person would be a strong incentive. Not showing up would mean your friend wouldn’t get access to the gym. So getting to the gym would serve both: the short term interest of not offending your friend and the long-term interest of getting healthier.

The nudge theory has broad applications in the public policy arena as well. The idea being: creating subtle policy changes that make it easier for people to make the best choices for themselves and their families. This approach has been widely successful. In UK, active membership of pension schemes in the private sector nearly tripled in the four years following 2012, when an auto-enrollment scheme was mandated. This scheme encouraged savings (which was what the people wanted but did not get around to doing) by automatically enrolling them in a firm’s pension scheme unless formally asked to be removed. Similarly, Spain is a leader in organ donation since all its citizens are registered as organ donors unless they opt out. Following suit, many economies have started exploring with “nudge units”.

It is however imperative that people retain the freedom of choice during this process. In fact, according to Thaler, proper nudging should be led by three guiding principles: transparency, ease of opting out and improving the person’s welfare.

FOOD FOR THOUGHT: We in Nepal are wrestling with our own array of socio-economic problems. In light of the demonstrated success of nudge theory, it can be interesting to explore where and how these subtle nudges can be capitalized in our policy context. What do you think? 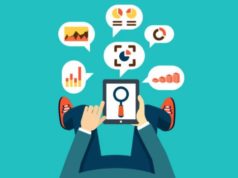