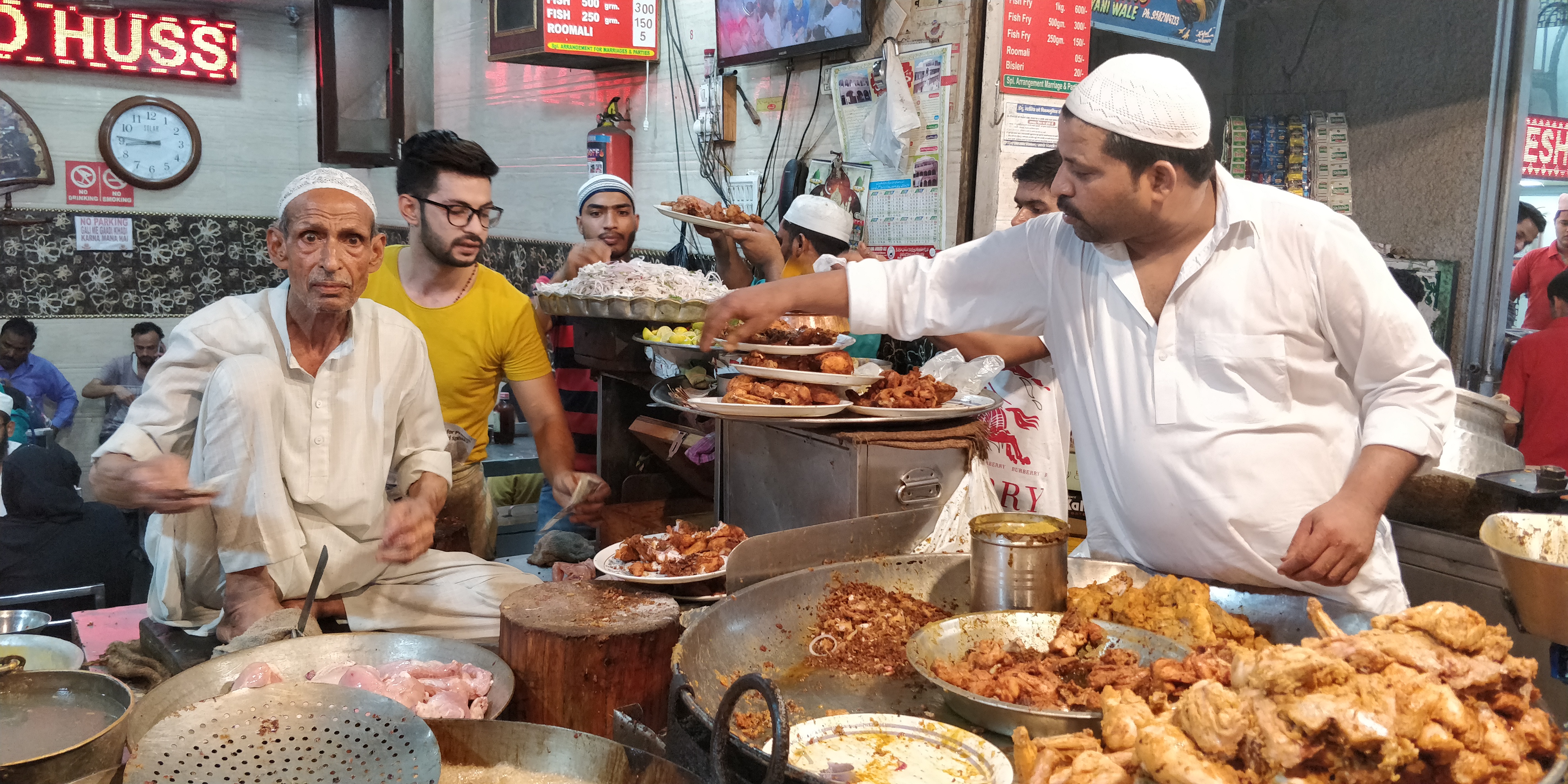 In a 1990 paper, Murray Rothbard claimed that the great Taoist Chuang Tzu (369 BC – 286 BC) was the first person to explain the idea of ‘Spontaneous Order’. He said, “Good order results spontaneously when things are let alone.” The term was later developed by Proudhon in the nineteenth century and Friedrich Hayek in the twentieth century.

The spontaneous order makes people stay free and do what they please. When people are free, they take risks, act in self-interest and challenged themselves in breaking the age-old traditions and trends. Spontaneous order is everywhere. In food markets, from farming to the creation of dishes, everything is about the free will and spontaneous order.

India has welcomed and embraced various religion, culture and habits over thousands of years. Hence, the idea of Indian food is fluid. Most things on our dining tables are influenced by the eating habits of the traders, rulers and travellers who visited or stayed in India.

The evidence from Harappa and Mohenjo-Daro civilisations tell us their food included a lot of pulses, cereals and lentils. These dishes perhaps were also in a very rustic or porridge form, mostly to fill the stomach. The idea of eating right and healthy didn’t exist then. In the Vedic period, Indian cuisine evolved with advancements in the art of cooking.

The ancient Indian civilization moved towards perfection in cooking gradually. During the Vedic period, better forms of cooking and innovative recipes. At that time, a regular diet consisted of vegetables, fruits, grains, meat, honey, dairy products, beverages and special kind of spices.

Over time the food changed its form again and with the arrival of Aryans from Central Asia with a number of cuisines. They further evolved under the Maurya and Gupta Empires. Later, in the Medieval period, food went through additional developments including the form and techniques of cooking. The cuisine of Mughals, especially the growth of creamy and rich cuisine permeated to the everyday meal across Central and North India.

With the arrival of Mughals, India also received varieties of fruits, sherbet, kulfi, snacks, various kinds of breads, and meat-based dishes. My book Daastan-e-Dastarkhan highlights the influence of Muslim cuisine on the North Indian food while exploring the food of different Indian states. However, here I would like to focus specifically on Old Delhi.

Walk down to the Chandni Chowk (because you can’t really take your car there); the beauty of this lane can only be captured by walking and visually touching every corner. Old Delhi (Purani Dilli) is now famous for many reasons including the people, culture, heritage buildings but it is most popular for its food and spice. Khari Bowli is famous for spices from India and abroad, while the lanes close to Jama Masjid are popular for lip-smacking flavours. They make you taste what perhaps the royals used to devour sitting in their palaces.

Different Mughal rulers have had different hobbies, however Shahab-ud-din Muhammad Khurram aka Shah Jahan, the fifth Mughal emperor was a patron and admirer of architecture. He not only commissioned the world-famous Taj Mahal but also Jama Masjid, Red Fort, Agra Fort, Moti Masjid (Now, in Pakistan) and a few other famous monuments. He was also the person responsible for commissioning Shahjahanabad which is now popularly called as Purani Dilli.

Shah Jahan wanted a meeting point between Agra (then capital of India) and Lahore, the nobles and the architects showed them the piece of land in Delhi which later became Shahjahanabad. The epicentre of this newly constructed city was Qila-e-Mubarak aka Red Fort and on April 19, 1648, the ruler first stepped into the Diwan-e-Khas of the Fort.

Following the establishment of the walled city, soon business, and houses started to rise in a spontaneous order. Swapna Liddle, convenor of INTACH and author of Chandni Chowk: The Mughal City of Old Delhi, writes “Private enterprise and individual initiative also became part of planning”. The architects and royal planners of that century left the design of houses, katras and mohallas to individual choice and discretion. Liddle further writes “In every mohalla or locality, building activity was locally negotiated with your neighbours. It was an informal situation”.

Lanes like Dariba Kalan, a mohalla of jewellers became not just popular for jewellery but also gave birth to chatorebazi, every time when people would visit the jeweller shop to get their jewellery fixed or made, the jewellers would ask them to sit back and relax while they work on their pieces and offer them chaat, pakode and chai. Even if you visit this lane today, you will see more of small food joints. They simply came about because of the basic economics, Demand-Supply. Jewellers demanded quick, easy finger food which will continue the conversation going with the customers and also ensure that they don’t get bored, and the supply came in the form of more and more food joints.

Matia Mahal (the lane in front of Jama Masjid) which is full of eateries like Karim’s and Al-Jawahar Restaurant or Rehmatullah Hotel which got its name because legend has it that there was a temporary mahal (palace) which housed Shahjahan while the Qila-e-Mubarak was being constructed. This mahal was also known as Azizabaadi Haveli, named later after Begum Azizabad, wife of a Mughal Prince. Later, the grandson of Bahadur Shah II inherited the palace. It is believed that it got demolished during the British reign. Today, Urdu Bazaar and Matia Mahal Bazaar have become the mecca of food lovers.

Haji Karimuddin who established the famous restaurant Karim’s and popularly known as someone who used to cook for Mughals. Seeing a massive demand during the British time and even now, foodpreneurs opened food joints to serve to the hungry crowd. If you visit Purani Dilli today, you will not just get Mughal food but also Afghani, Kashmiri and fusion of all kinds. Ask for savoury or sweet and you will have it. All these markets and food joints arose spontaneously, without any government official dictating it.

I am reminded of Adam Smith who presented the case of the Invisible hand and his popular example of Brewer, Butcher and the Baker and their self-interest in providing food for others.

In one of my many discussions with Swaminathan Aiyer, he talks about the horror before 1991 when the even basic products like milk powder were rationed and only the wealthy or the people with connections could get it. He had to exploit his source and connections to get milk powder for his son.

Purani Dilli then and now thrives as a centre of art and culture where poetry, music, artisanship and delicious food come together not because of a pre-planned order but a free and spontaneous order where people from different ethnicity, likeness and ideas came together. They built this city, the Jaat, Gujars, Baniyas, Muslims, traders and entrepreneurs. Shahjahan must be credited for creating a space and giving an equal platform to everyone. No discrimination, no reservation, just basic economics.

More about food and culture of Purani Dilli can be explored in my book Daastan-E-Dastarkhan, available online and in major bookstores.