Originally conceived as a measure of national production around the Great Depression and WWII, Gross Domestic Product has turned into the magical single yardstick indicative of a nation’s progress. The discourse on prosperity and poverty across the globe in media, political slugfest, think-tanks, and academics revolves around the benchmark of GDP growth. However, as a statistical instrument originally meant to cater to the wartime manufacturing economy, the relevance of GDP has come under doubts in the increasingly digitised economy threatened by ecological collapse.

Back in 1996, Jonathan Rowe in his The Washington Monthly article titled “Replace the GDP” pointed to the deficiencies of GDP as a measure for the flourishing of society. GDP’s focus on production, Rowe argued, accounted for the activity as gain which actually caused hardship for people. He also questioned the monetary focus of GDP which ignored the care economy and environmental quality, an essential aspect of human well-being.

Adam Smith said that the final measure of an economy is the well-being of the people. Yet this is the one question that the policy establishment never asks. The government studies the supposed means to that end in exacting detail. It can tell us how many televisions we buy, how much money the drug or record industry invests, practically down to the last penny.

But nobody bothers to ask whether such means actually bring about the desired end. Economists simply assume it, and this assumption is the implicit baseline of just about every policy debate in Washington. More consumption or investment will bring about more well-being, regardless of what that consumption and investment consist and the actual impact on people’s lives.

Like the former Soviet rulers, America’s policy establishment dismisses such skepticism of official economics as a sign of the psychological disorder. You are spending more money, folks, they say; what possibly could be troubling you? Alan Greenspan, the Federal Reserve Board chairman, has scratched his head publicly over the ” extraordinarily  deep-rooted foreboding about the (economic) outlook.” Yet just maybe the people are on to something. Until our politicians cast off their archaic assumptions about well-being and what it helps bring about, their efforts to make things better will continue to make them worse.

A good place to start would be the official gauge of economic progress, the Gross Domestic Product. The GDP is accepted as the main measure of economic policy and performance. Yet it is built upon several stunning fallacies.

The first is the assumption that everything produced and sold is a ” good” by definition; more production and buying automatically equal more economic well-being. The result is a Mad Hatter’s accounting system that adds but can’t subtract. Car wrecks, divorces, disease, crime – social and environmental breakdowns of all kinds- get tallied in Washington as economic growth, simply because they cost money.

The full article could be accessed here.

IndianLiberals.in is an online library of all Indian liberal writings, lectures, and other materials in English and other Indian regional languages. The material that has been collected so far contains liberal commentary dating from the early 19th century to the present. The portal helps preserve an often unknown but very rich Indian liberal tradition and explains the relevance of the writings in today’s context. 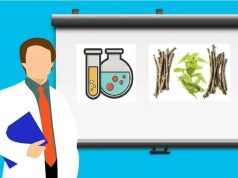