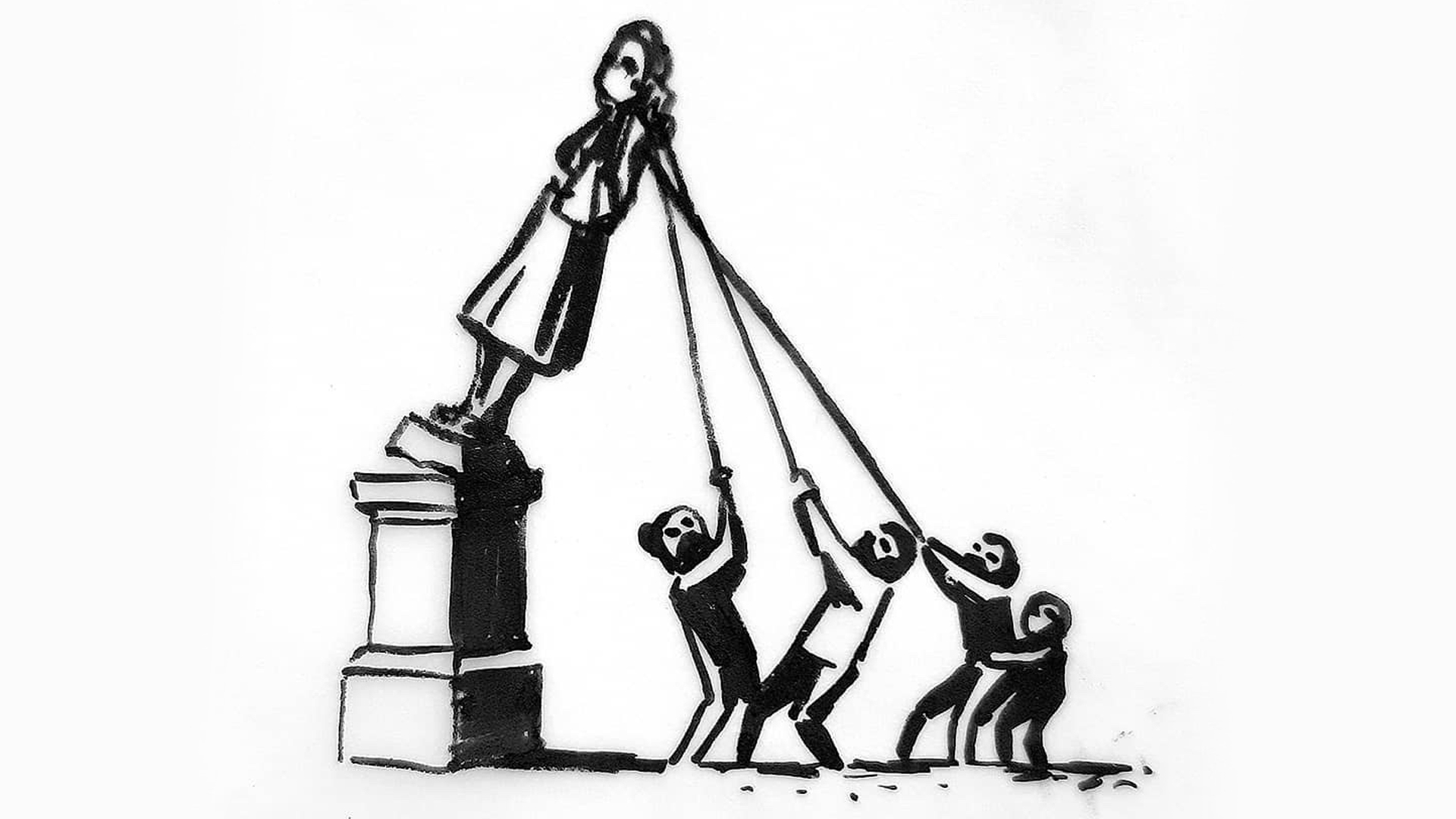 These are the times of ‘cancel culture’ which is quite popular among many left-leaning thinkers. The psychological root of this phenomenon is the well-meaning and moral abhorrence against racism and injustice. Although the root is justified, its expression is problematic, because the force behind it is emotion rather than reason. The movement gained momentum a few years ago with demands of taking down ‘Confederate symbols’ and statues of past figures which were considered racist in the USA. It later spread to other countries like the UK, with demands of taking down statues of people like Cecil Rhodes etc.

A similar emotional frenzy was prevalent in India in the 1950s when people demanded that all traces of British imperialism be wiped out from public spaces. Shri A. Ranganathan in this piece published in the September issue of Indian Libertarian magazine presents a contrarian take. He writes that the past can’t be changed by removing its symbols, and such an attitude cannot create racial harmony.

Since Independence, there is a growing tendency to remove statues in an organized attempt to “wipe out the traces of British Imperialism”. While it cannot be denied that it provides an outlet for the passions and feelings of people, who have not got anything better to do, it must be remembered that such acts can neither change nor distort history. Mahatma Gandhi once said that he had no quarrel with the Englishman in India. but only with his system. But this idea was completely misunderstood by the masses to whom it was explained. There may be a principle involved, in removing a particular statue of a General, whose name is obnoxious to the people. But this attempt to do away with every statue can hardly create racial harmony, which has been the distinguishing trait of India through the ages. The centenary of the great revolt of 1857 was celebrated to satisfy the nationalistic instinct of our people. But it has been interpreted by interested parties as an exhibition of our hatred against the British.

Dr. Bhagwan Das, one of our greatest men, has made a significant contribution on this topic, in an article published recently in The Leader. In the beginning, he gives us an idea of the general state of our people during his father’s generation. It was a sigh of relief, after a period of anarchy. Dr. Bhagwan Das states that when Queen Victoria took over the East India Company, the sentiments of the people were explained in the following lines:- “Queen Victoria reigns now. It is not the Nawab today. The tiger and sheep drink water side by side.” Apart from this feeling of relief, the period of lndo-British contact was not a dismal one. As Dr. Blwgwan Das points out, we owe to the British, the cities of Calcutta, Bombay, Madras and the lovely hill stations of Simla, Ooty, Naini Tal, Mussorie and Darjeeling. The beginnings of the Congress movement can be traced in the dedicated works of A.O. Hume, Sir William Wedderburn, Sir George Yule and a host of others, some well known and others not so well known. Who can forget the humanitarian work of missionaries like C. F. Andrews and the efforts of thousands of doctors providing relief to the needy? This does not mean that Dr. Bhagwan Das, or for that matter anyone, is trying to minimise the evils of foreign rule. which no self-respecting people will tolerate.

To read the full article, visit page number 15 on this link.