Home CCS Alumni Speaks Land-Use Change for Harnessing Solar Energy in India: Too good to be... 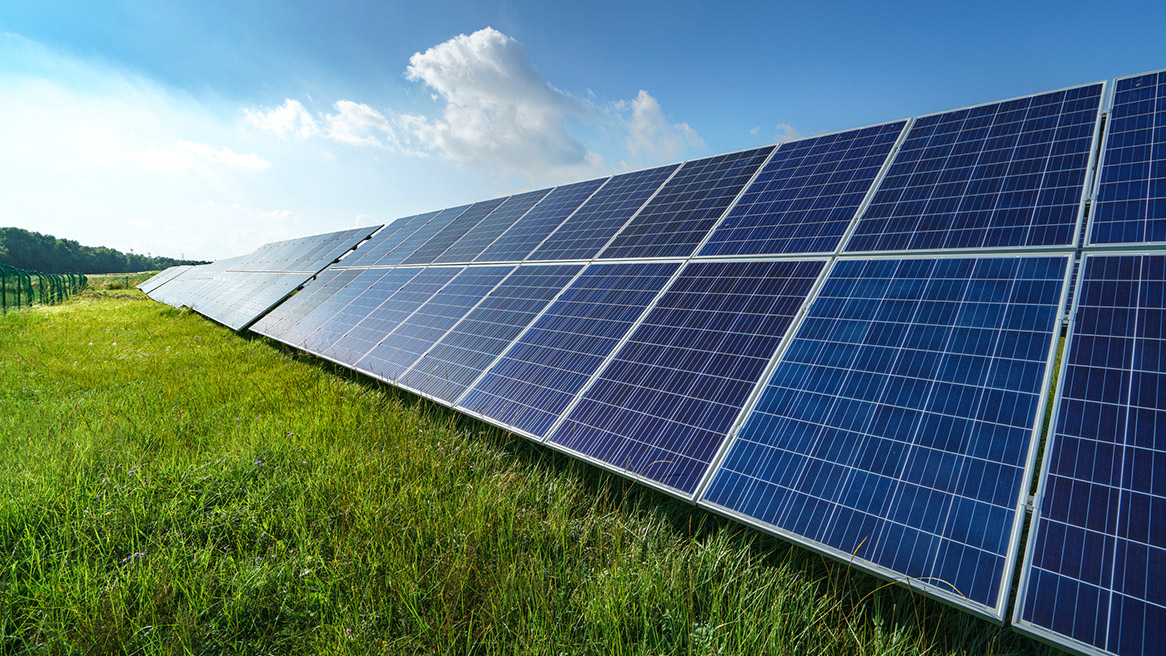 Despite the sun being a renewable source of energy, several state governments in India face problems of land possession and acquisition for construction of Ultra Mega Solar Power Parks. This happens because the livelihood of 70% of rural households in India is dependent on agriculture (Balasubrimanian 2017). Solar parks require huge parcels of land for construction, but the population’s massive dependence on land acts as a barrier. Land-use change for such a cause can have unexpected ramifications such as loss of livelihood and income, which is not addressed as much as it should be.

In order to harness the potential of solar resources in Karnataka, the Government of Karnataka had introduced the solar policy, 2011-2016, later revised in 2014, which is now known as the Karnataka Solar Policy, 2014-21. According to one of the policy initiatives, there is no requirement of pollution control clearance and formal approval to convert agricultural land into solar parks. Once the land is acquired/leased in, the work can get started without any formal obligations.

Any land-use change for construction of renewable energy projects, including solar parks, is perceived to be a ‘win-win’ for all, because solar parks with low carbon coalition and low carbon footprint add to international goods. Besides, they are beneficial for economic development as they use renewable energy instead of an exhaustible natural resource. It helps cut the cost of exploration and exploitation of inexhaustible resources like coal (Gonzalez et. al 2016). Maintenance of solar parks requires workers which in turn increases the occupational opportunities for people residing in the vicinity of such parks (Rio and Burguillo 2009).

Despite the perceived optimism, the various studies praising solar parks forget to emphasize local and regional impacts of such a land-use change. Even the environmentally sound projects can put the local communities in distress if not planned strategically, something which the Karnataka Solar Policy has not taken into consideration. Yenneti and Day (2016) indicate that if the outcomes of such projects are not distributed equally, it can lead to distributional injustices in society. Procedural injustices like lack of complete information and neglecting the marginalized communities in decision making can lead to social unrest later (Yenneti and Day 2015). Sometimes in the process of land-use change, the village common lands are also acquired, which can affect the livelihood of grazing communities. Such spatial injustices are left unaddressed in most cases (Yenneti et al. 2016).

One such example of a land-use change from agriculture to solar park has occurred in the Pavagada taluk of Tumkur district in Karnataka in the year 2016. The 2000 MW capacity of the solar park is constructed on leased land in denominations of 50 MW each. Almost 3000 landowners have leased out their land for 28 years. Every year, a compensation of 21,000 Rupees per acre of land is provided to them, along with an increment of 2% every two years. As stated in the lease agreement provided to the landowners, the solar park will be decommissioned after 25 years and 3 more years will be utilized to bring the land back for agriculture viability.

The Karnataka government, under the Karnataka Solar Policy, 2014-21, in coordination with the revenue department, has created private land bank accounts for the landowners. Operational for a period of 30 years, these accounts are used for transferring the lease amount.

Nevertheless, Rajendran in “Emergence of the Largest Solar Power Plant in Karnataka–A Microscopic Analysis“ discusses how this policy has not addressed the existence and impact of land-use change on the landless labourers and other stakeholders residing in the vicinity of the solar park. Also, little is being discussed about the lack of any exit clause. The land leased out by the farmers cannot be made liquid for the next 28 years. Even families with a land dispute have engaged their lands in this project. Dairy farmers have been facing the problem of shrinking land for their cattle to graze on.

This paper also discusses how families who don’t have toilet facilities in their respective homes are facing problems because they were dependent upon these fields. Highlighting the ecological impact of land use change, Rajendran (2019) mentions three important findings.

Firstly, it points out how 3 meters deep pits are dug at intervals to install iron rods for fixing panels which will create problems in making the land sustainable and viable for agricultural purposes. Further, construction has severely hampered biodiversity. Migration of several animals is expected to be disrupted due to such a large scale project. The livelihood and ecosystem in the nearby reserve forest- Ramagiri West forest range (2 Km from Pavagada) will also get affected. Lastly, the already exploited groundwater is being used for the purpose of cleaning the panels, thereby increasing its fluoride content. According to the Environment Impact Assessment (2016), conducted by a private organization- Knight Frank, 7 Crore liters of water is needed to wash the solar park once in a fortnight, which will further exploit the groundwater in Pavagada.

It appears that the Government of Karnataka has failed to look beyond the obvious benefits of the solar park. The aforementioned studies emphasize the point that “environmentally good” projects have the potential to create social and economic unrest in the local area and livelihoods. It becomes important to consider the local and regional effects of the land-use change from agriculture to any large-scale project. A compulsory Social Impact Assessment of solar projects is a vital step to ensure that the poor and marginalized sections of the society are not always the burden-bearers.

In 2006, the Ministry of New and Renewable Energy had removed the requirement of Environment Impact Assessments of Renewable Energy Projects (EIA 2006). However, because of the difficult disposal of the solar Photovoltaic cells, they revised this in 2017 and mandated EIAs for any upcoming solar projects. This indeed is a positive step towards unpacking the assumption of no negative environmental impact of solar parks. Unfortunately, the revised rule does not apply to existing solar parks like the Pavagada solar park. The need of the hour is to strategize waste disposal mechanisms for large solar panels, like the ones in Pavagada, which will be removed after 28 years. Voluntary land leasing/selling for compensation, along with the aforementioned economic benefits accruing from solar parks, makes it a proposition that is “too good be true”‘. A lot is at stake in such a project, including livelihoods of local people who are dependent on the land since generations. The social, economic and environmental impact of land-use change for construction of any large-scale project, including renewable energy projects, is too massive to be ever ignored.