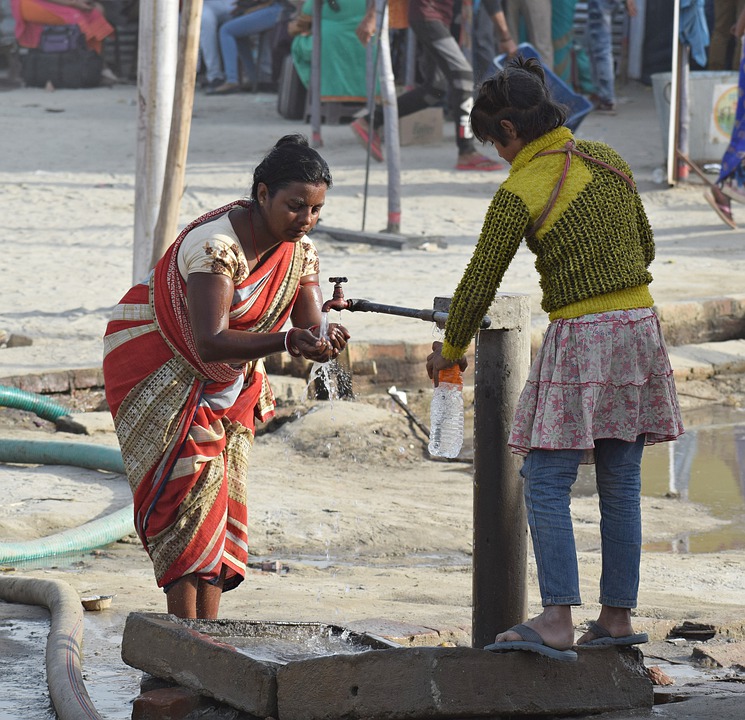 The Union Budget 2021 comes as a massive relief for our overburdened water resources. Where last year’s budget allocated INR 39,029 crore for water across the Ministry of Jal Shakti, Ministry of Agriculture and Farmers’ Welfare, Ministry of Rural Development, and Ministry of Housing and Urban Affairs, an increase of 6% over the budget of 2019-20, it managed to overlook concerns of urban water management. The focus has now been expanded from rural water supply to urban water management through the Jal Jeevan Mission- Urban (JJM-U) and the Swachh Bharat Mission 2.0.

The government’s commitment through the Har Ghar Jal program was to ensure that every rural household gets piped water by 2024. Tasked with creating water supply infrastructure for rural areas, the Jal Jeevan Mission has been successful in providing tapwater connection to almost 35% of rural households, with the states of Goa and Telangana achieving 100% connection.

In the current budget, JJM has been allotted an outlay of Rs 50,011 crore, about 4.5 times the revised budget for 2020-2021, along with an expansion in its scope through the Jal Jeevan Mission-Urban. JJM-U aims at a universal water supply in all 4,378 urban local bodies with 2.86 crores household tap connections, as well as liquid waste management in 500 AMRUT cities. It will be implemented over the next five years with an outlay of Rs 2,87,000 crore.

The budget has rightly recognized that health indicators are intrinsically linked to the availability of clean drinking water,  which in turn is dependent on the safe treatment of drinking water sources. As a result, the implementation of the Swachh Bharat Mission 2.0 with its focus on complete fecal sludge management and wastewater treatment will be crucial to the success of JJM.

India uses around 634 billion cubic meters (BCM) per year and this usage is projected to grow to 1447 BCM by 2050. However, the usable amount of water available would be 1,123 BCM per year. Several international and national reports have highlighted the dire state of water availability in India, with the WWF Water Risk Filter report concluding that 30 Indian cities face an imminent water crisis. According to NITI Aayog, 600 million Indians face high to extreme water stress and about 0.2 million people die every year due to inadequate access to safe water. Delhi is already expected to face a water crisis in the coming summer months.

First developed in 1987, India’s National Water Policy which has since been revised in 2002 and 2012, aims to “take cognizance of the existing situation, to propose a framework for the creation of a system of laws and institutions and for a plan of action with a unified national perspective”. The draft National Water Policy, 2020 was released in March 2020 bringing some key changes:

The fundamental right to life and personal liberty, under Art 21, has been interpreted in the Bandhua Mukti Morcha case to include the right to safe drinking water. Water is considered a “public good” because of which the draft policy has been criticized for charging citizens for access to water. States like Maharashtra, Haryana, Bihar, and Uttar Pradesh, which currently have fixed user charges for water, have barely been able to recover the costs incurred. A graded fee system will ensure that commercial and industrial entities consuming more water would need to pay accordingly, while the vulnerable sections could be identified and charged separately. The advantages are two-fold: when the government becomes a service provider, and the citizens become consumers, there will be increased accountability. At the same time, when consumers are charged according to their usage, they will be disincentivized from wasting water.

Delegating authority of fixing tariffs to independent regulators within states, while a noble solution, needs to be decentralized further. As water is a State subject, each state is more or less free to deal with issues linked to supply, distribution, and storage. However, what most states have overlooked is that issues of water management are different for rural and urban areas.

Cities have to bring in water from distant sources, struggling to meet increasing demands with limited supplies. Quality issues have also arisen, with groundwater getting contaminated with fluoride, arsenic, mercury and even uranium in some areas. Lacking in sufficient waste management infrastructure, many urban stretches of rivers and lakes are overburdened by industrial waste, sewage and agricultural run-off. However, since cities are not considered a unit of planning for water management, water and its allied sectors like wastewater management and storm water drainage work in silos.

Integrated Urban Water Management (IUWM), a globally accepted practice, could prove to be the solution to urban India’s water woes. Based on hydrological, environmental, and socio-economic context, the IUWM framework integrates all elements of the urban water cycle, from source management, water supply, sanitation, stormwater management, sewage treatment, and its reuse to solid waste management. More importantly, it places local governments at the epicenter of reforms, tasked with the mandate of reaching a common understanding and vision of challenges and activities, understanding and balancing interests and needs of different stakeholders, strengthening cooperation, sustainability, and ownership, and inducing behavior change and realistic demand management.

With funding from the Asian Development Bank, the Karnataka Integrated Urban Water Management Investment Program is working to improve water resource management in urban areas by expanding urban water supply and sanitation, strengthening relevant institutions to enhance efficiency, productivity, and sustainability in water use and deploying public-private partnerships and reform-oriented incentives. Similar programs can be explored for other states too.

This year’s budget provides relief in terms of provisions and priorities for water, indicating that there is a strong political will in the country to improve water management. In order to meet future urban water challenges, there needs to be a shift in the way we manage urban water systems. JJM-U provides a unique opportunity to integrate the IUWM mechanism into its implementation, while the draft National Water Policy 2020 could ensure the efficient use of our scarce water resources. Earmarking cities as the unit of management would only be the first step. It requires a holistic approach, managing water resources, and their waste in a new integrated way to strengthen the resilience of urban water systems infrastructure. If mitigation measures are not implemented, India faces a six percent loss in its gross domestic product by 2050. Therefore, IUWM has the potential to become a critical tool for building resilient and sustainable cities.