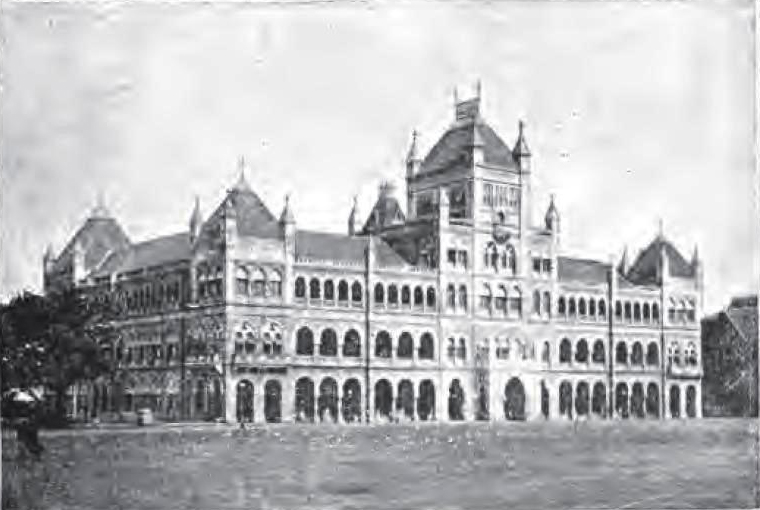 Karsandas Mulji, a contemporary of Dadabhai Naoroji, was one of the pioneer Indian social reformers working for the cause of women emancipation. In 1850s-60s, Mulji was a prominent member of the “Bombay intelligentsia” in conflict with the “merchant aristocracy” over social issues. Mulji’s place in Indian history as a reformer is due to the Maharaj libel case in 1862 which earned him the title of “a Reformer, a Martin Luther of the Banian Cast”.

Mulji’s early life was devoid of comfort as he was disowned by his family. He took to multiple professions – writer, editor, teacher, cloth merchant, and government administrator – to make ends meet. His reformist credentials, argues J Barton Scott, put him at a disadvantage when it came to finding stable work.

Mulji’s ideas were shaped in the Elphinstone of the 1840s-50s where he shared space with the likes of Dadabhai Naoroji and Mahadev Govind Ranade. The Elphinstonians, well-versed in western texts and the language of the new elites, were favourably positioned in the British-led administration. Mulji was no different; he was mocked for wearing trousers which amounted to a classic instance of Macaulay man.

His reformism was first visible in public domain in 1853 with the publication of an essay advocating foreign travel, which was read in front of Buddhi Vardhak Hindu Sabha. The essay made him a rising star of the reform world. However, another draft essay advocating widow remarriage had him thrown out of his widowed aunt’s home, leading to his withdrawal from the Elphinstone College.

Afterwards, he took work as a newspaper editor and school administrator. Then came the Satya Prakash in 1855, a reformist paper targeting Gujarati Hindus. The paper had a meagre subscription of 500 yet its impact on the Bombay’s conservative Gujarati Hindu community can’t be overstated. In the 1850s, he went on to edit a series of newspapers.

However, it was an article “The Original Religion of the Hindus and the Present Heterodox Opinions” that has come to define the legacy of Mulji. Published in 1860, it was a reformist critique of the Vallabhacharyas and accused one of the Maharajas of sexual misconduct with the devotees. The Vallabha sampradaya is a Vaishnavite sect worshipping the child-god Krishna. The Maharajas are considered the priestly authority, acting as a mediator between the devotee and God.

In response to the attack by Mulji, the Maharaja filed a libel case against him. The case was called the “greatest trial of modern times since the trial of Warren Hastings”. After the heated debate and salacious newspaper coverage, the Court dismissed the claims of the Maharaja. The decision was hailed as a victory for reform-minded liberals.

For his contribution in exposing the corrupt practices of religious guru, Mulji was hailed as “Indian Luther” by his biographer B N Motiwala. However, historian J Barton Scott has argued that representing Mulji as a reformer involved in Protestantizing Hinduism would be an inadequate assessment of his legacy. Rather a more sound approach would be “to situate him within a network of reformist exchanges” as part of horizontal linkages with fellow reformists in Britain.

In assessing his legacy, Scott has further argued that Mulji’s reform agenda was “not simply about liberating liberal subjects but rather about producing them.” In that sense, Mulji deserves to occupy the place among the founding fathers in Indian liberal pantheon.

Visit indianliberals.in for more works by Indian Liberals dating back to the 19th Century.