“Kanoon Andha Hota hai”, you must’ve heard this phrase more than once in movies or in dramatic representations of the legal system. Lady Justice is the generally used symbol of a just legal system. Represented by a blindfold, she is expected to be impartial; not just in delivering justice, but also in the making of laws.

One of the basic ideas behind what Lady Justice stands for is that the law should be equal for everyone. Article 14 of the Indian Constitution states that – “The State shall not deny to any person equality before the law or the equal protection of the laws within the territory of India”. Everyone in India, not just the citizens, is equal before the law and no one should have a special treatment. The Article also implies that any law that is being made must have an equal effect on all persons. For instance, if having a driving license is compulsory in order to be able to drive, then it will be compulsory for everyone ranging from a street vendor to a celebrity.

But does this translate into practice in India? In reality, it seems like the blindfold is ineffective and the sword is rusted. There have been multiple instances when the lawmakers have not been entirely fair to all sections of the society while making laws.

For example, the Punjab Excise Act, 1914 says that men under 25 year of age and women of any age cannot be employed in places where liquor or intoxicating drugs are consumed by the public. So, men and women under 25 are allowed to vote, join the army, get married, but not work in a place where liquor is sold. By doing this, the lawmakers have completely eliminated an employment opportunity for a certain section of society. This is in clear violation of Article 14.

In Maharashtra, a few years ago, a legislation was enacted that banned bar dancers in one and two-star hotels and bars. Due to this, a big number of women employed as dancers in these places lost their livelihood. Although, the interesting thing to note here is that the law banned any sort of dance performances, not just vulgar, in hotels having less than three stars but conveniently spared high-end rich hotels, gymkhanas, cinemas, drama theatres and auditoriums. So, if any sort of dance was happening in a high-end place, it was allowed, but if it happened in any other place, it was rendered illegal.

This was clear discrimination based solely on income levels. After a drawn-out battle in the Supreme Court challenging this legislation, the Supreme Court lifted the ban imposed on dance bars. But many women who were pushed to harsher lives to sustain themselves and their families might not have been able to return to the bars, let alone cope with the immediate crisis this ban put them in.
Drawing from these examples, we can say that justice has not been blind in India for decades. While one wonders about a big picture solution to having laws applied equally to all, one thing that can help us is the Generality Principle. The principle refers to the political belief that laws created by the state need to apply equally to all groups of people in order to avoid any form of discrimination. This is essential in any republic; to maintain equality before the law and establishing a just society. 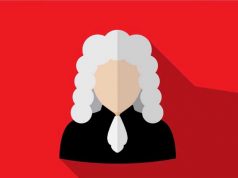 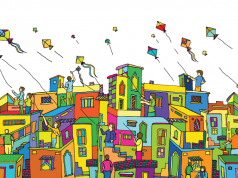 Did You Know That Flying A Kite Could Land You In Jail?