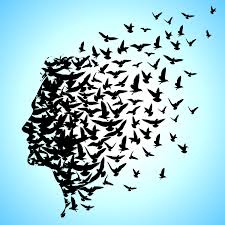 Cato Institute recently published the Human Freedom Index; which measures the extent of freedom in different countries and ranks them. 152 countries form a part of the index; and we rank in at 75—nearly halfway through.

The index measures the extent of freedom on the basis of a number of institutions. Some of these factors are purely economic (sound money, extent of regulations etc); while others concern personal liberties. (freedom to move, freedom of expression, civil society etc.) Indeed, many factors would have a bearing on our economic and personal freedoms; such as rule of law, size of government and legal systems and property rights.

There are a number of indices (Heritage’s ‘Index of Economic Freedom’, Fraser Institute’s ’Economic Freedom of the world’) that measure economic freedom and compellingly demonstrate its importance in securing prosperity. This particular index goes beyond mere economic factors; taking into consideration social factors as well—producing a comprehensive index of freedom. I know of no other index or measure which does a similar analysis.

The study, though published this year; uses data from 2012–the most recent year for which sufficient data is available. The data takes into consideration 76 factors; grouped in the following broad categories—

Hong Kong ranks number one. While the index shows a relationship between human freedom and democracy; Hong Kong is an exception and an outlier. Curiously, while it enjoys a high degree of both economic and personal freedom; it is not a democracy.

Not surprisingly; there is a direct link between the degree of freedom and income. The average person’s income in a free country is significantly higher than the countries that are less free; as is evident in this figure.

The complete study can be accessed here.

In what areas do you think we lack freedom? While there is clearly a lot of work to be done in securing economic freedom; there are increasing concerns that our religious and personal freedoms are being undermined.

What do you think? Where do we lack in freedom? How can be strengthen the institutions that secure freedom?