Home Governance We Need Strict Rule Of Law, Not A Diet Plan 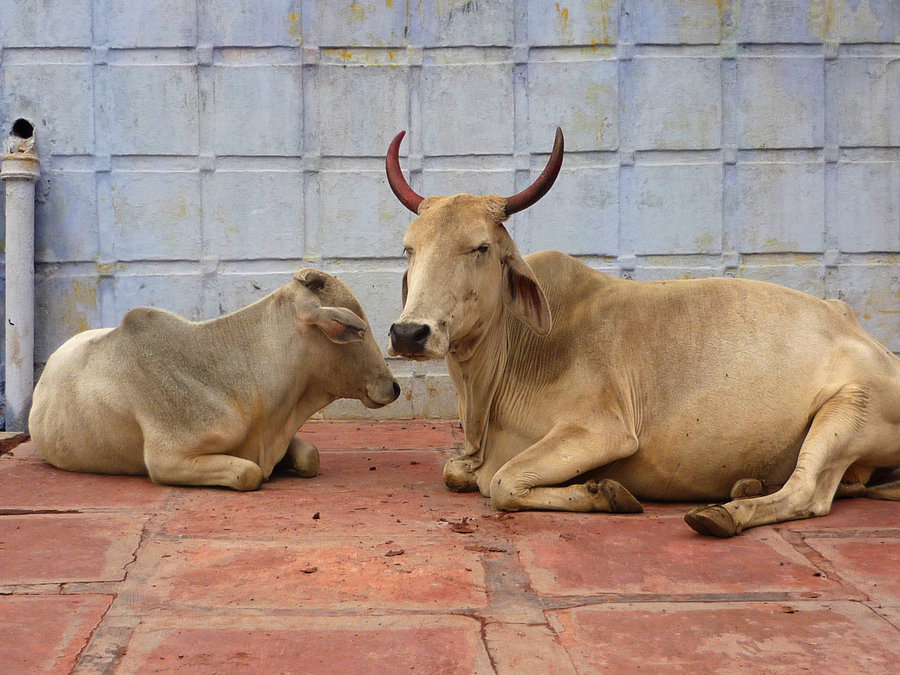 My morning started with a number of events, topping the list being comments on the beef ban from Baba Ramdev, Haryana Chief Minister Manohar Lal Khattar and Minority Affairs Minister MA Naqvi.

Before I put forth my points and before I am sent to Pakistan for being a beef-eating Muslim, I must clarify that I am in no way supporting eating either animals or vegetables. I believe in personal choice, and whatever decision you make is the best for you. I am concerned only with the perspective being taken on these issues.

Baba Ramdev, Mr Khattar and MA Naqvi have said variations of the same thing: “Muslims” should give up eating beef because it hurts the emotion of Hindus or they should go to countries where there is no such cultural taboo.

Here I want to ask not just them, but everyone who believes it hurts “Hindu” emotions, what about non-Hindus? Should we all give up doing everything that might unintentionally hurt the emotions of others? What about the clothes we wear, or the cars we drive or the music we listen to? I am sure some of these things must be “hurting” people’s feelings in some way, yet we are not up in arms about them. As Opposition leader Omar Abdullah, who recently led a walkout following the thrashing of as MLA for holding a beef party, asked afterwards: “Do I assault everyone who eats pork or alcohol?”

As per the Constitution of India, we are declared a secular country — a country that is neutral to all religious groups. But we must ask ourselves: are we really secular? Is giving privileges to one community over another secularism? I am not talking about preferential treatment to Hindus, but also minority privileges.

Recently, at a policy workshop I conducted, someone said being secular doesn’t mean giving preferential treatment to all religions, it means giving no preferential treatment to anyone. There is nothing secular about things such as banning alcohol because it might hurt the sentiments of Muslims, or beef because it hurts Hindu sentiments, or non-vegetarian food because of a Jain festival, or converting non-Hindus (ghar wapsi). Also, why are we only concerned with religious sentiments? If we have to ban beef to protect Hindu sentiments, then why not ban eating meat, because it hurts the sentiments of vegetarians and animal lovers who might be atheist, but are offended by the slaughter?

Besides, do we need the government to step in to protect religious sentiments? A lot of restaurants change their menus during festive seasons, especially the Navratras. They offer special thalis for customers that are suited to the festive menu and discontinue items for which there is less demand. Just this week, I tried to buy a chicken puff from a tiny bakery in R K Puram Market, but the shopkeeper said they did not have any since it was Navratri time. When I was in Ranchi last year during Ramadan, I saw a similar situation, where a small restaurant owner had put a curtain covering on the entrance so that Muslims who were fasting weren’t tantalized by the food. The demand or lack of demand for a particular kind of food already regulates what is being served — the market, and people’s own compassion, is catering to these subtleties. There is no need for the government to mandate that certain food items not be sold as they did in Maharashtra.

I have heard leaders talk about how Hindus worship the cow, and it is a part of their religious practices. So are we then saying people like Swaminathan Aiyar, Karnataka CM K Siddaramaiah or (retd) Justice Markandey Katju who are against the beef ban are less Hindu than the self-proclaimed “devoted” Hindus? I believe in sentiments about cows because it is mentioned in the holy books, including the Vedas, but then why we must stop there? What about animals such as the mouse, snake, horse, lion, tiger, elephant and many others associated with gods? Why are they not considered holy? Culture evolves, people evolve. Things which were legal a long time ago are illegal now. Sati is not practiced anymore. Should we keep pushing ourselves back to the past or go ahead in the future?

Our PM used to call the ex-Prime Minister “Maun Mohan Singh“, yet he now remains silent on these issues. The most substantial thing he has said is, “We should decide if Hindus want to fight Muslims or poverty. Muslims must decide if they want to fight Hindus or poverty. Hindus and Muslims must unite to fight poverty and defeat it.” This makes sense. But it is not a magic wand that will correct everything. Unless and until you have a strict rule of law and tolerance and patience for every individual (irrespective of their religion, or any other identity), no matter how many steps you take toward development, you will always find yourself taking twice the number of steps back.

Strict rule of law helps people function in a framework where they feel secure and are sure of their rights and entitlements, allowing them to focus on secondary needs and be innovative and at their fullest potential. They are free to engage in a peaceful association with their fellow countrymen, without the looming shadow of differences in religion, caste, or gender. Let us then focus our attention to developing this framework, move away from trying to please every minority group and focus on helping the individual. Let the rest take care of itself.