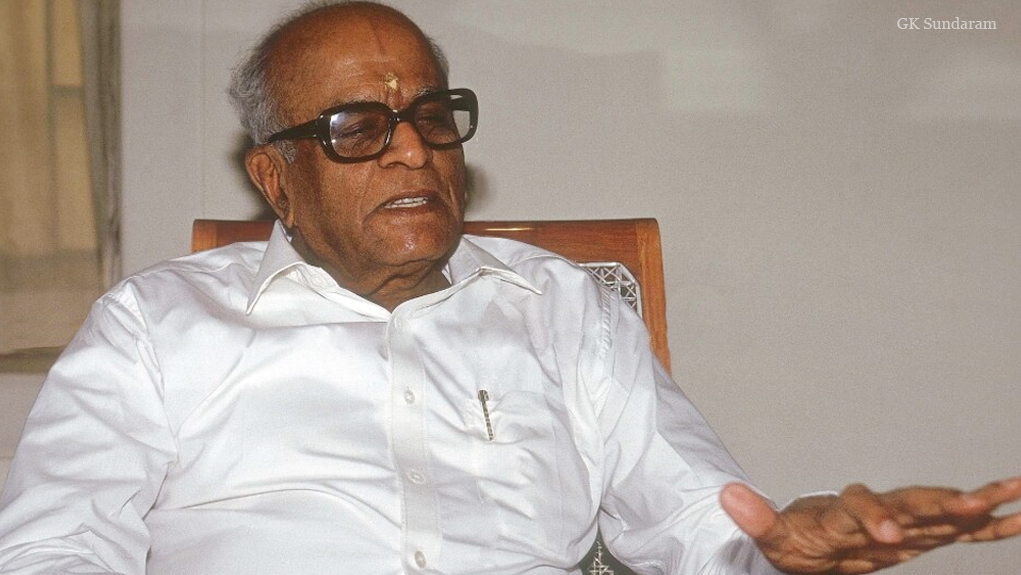 Editor’s Note: This is the first article in a two-part series highlighting the contributions of GK Sundaram as a Rajya Sabha member. Read the second part here.

Soon after independence few dominant leaders were wary of the idea of individual freedom, liberty, private property rights, free enterprises, etc. leading to embark on economic freedom after achieving the political freedom from the British. Alas, leaders like Jawaharlal Nehru had expressed reluctance on the implementation of constitutional provisions of liberal principles which was agreed by all after due diligence of debate and discussions in the Constituent Assembly. This trend has continued for decades. Thus, the first fifty years of the Indian economy was ruined by the unwise experimentation of communism, socialism and statist control of means of production, including agriculture activities.

The dictates of Nehru’s economic policies were not expected out of the fruits of political freedom achieved after fighting for a hundred years and losing thousands of lives. Further, the statist raj policies continued in a completely hollowed manner in the sector after sectors merely for vested interests, and often high hand in the glow of politicians and bureaucrats. Indeed, this is how the entire classical liberal movements of both pre and post-Independent India are utterly killed and forgotten in the contemporary public policy debates, including academia.

Interestingly, few freedom fighters, thinkers and statesmen were united in shading the Congress’s single-party dominance and its dangerous path of mighty state intervention in the economy, centralised planning, nationalisation, the oppressed idea of cooperative farming, land ceiling in agriculture, among other things. Also, the quest was to reverse the national control raj of Nehru’s socialist and statist policies of license-permit quota raj; the Swatantra Party was formed in August 1959 by C Rajagopalachari or Rajaji, KM Munshi, Prof. NG Ranga, and Minoo Masani. The Swatantra Party premised that the government intervention should be less and more pragmatic level playing facilitator rather than involved in controlling the economy. The party believed that prosperity would be achieved only through fostering individual freedom, private property rights, and free enterprises.

Tamil Nadu branch of Swatantra Party was very active in the mobilisation of peoples’ supports to its policies. There were several frontline party leaders all across Tamil Nadu including in Coimbatore city with GK Sundaram. Sundaram was a close associate of Rajaji since the 1930s and participated in the freedom struggle. After the formation of the Swatantra Party, Sundaram played a significant role in taking up the policies of the party to the people of Tamil Nadu, even among the poorest. He explained to the people the causes of lack of economic growth and the reasons for years of scarcity of basic necessities like food grains.

Rajaji had a strong faith in Sundaram’s vast knowledge and skills and his grasp of the issues of the Indian economy. Sundaram was a founding Member of Indian Liberal Group in 1964. He was also President of the Swatantra Party in 1974 before it was merged with Janta Party which emerged as a national alternative to the Congress.

With support from other parties, Swatantra Party nominated Sundaram to the Upper House of (Rajya Sabha) the Indian Parliament for the period from 3 April 1966 to 2 April 1972. During the six years in Rajya Sabha, he had participated actively in almost all the major debates and discussions and contributed immensely. A look at his list of questions raised and speeches made gives us a unique insight into his wide-ranging knowledge on different subjects and his analytical thinking. He was a first-grade conservative economist in every sense of the term.

Sundaram raised about 590 questions on the current issues and made speeches on the crucial subjects calling upon the attention of the governments to effect the necessary changes in their policies and programmes. He did not spare condemning the governments for their lack of poor thinking on country’s economic policies with too narrow views, without listing to the subject experts, the emerging international order, eradication of hunger and poverty. He was always concerned about poor people’s food security, education, healthcare, and employment.

In August 1969, Sundaram had fervently criticised Prime Minister Indira Gandhi – “She is learning economics and this economics student devalued our currency a few years ago, a thing which we cannot forget. It has gone down the pages of history as virtually having ruined the economy of the nation. The same Prime Minister is now in full control of the economy of the nation.”

About centralised planning for growth and development which was followed in India since independence, Sundaram observed that “Planning has been such in our country now that it is impossible to carry on any industry without transporting raw materials and goods from one end of the country to the far end of the country.”

Further, he vividly noted that “So much of capital has been invested” without the decentralised planning in railways transportation in an integrated manner connecting the road transportation. Thus, Sundaram had suggested that “a clear cut policy between the road transport and the Railways” needed to increase the productivity of time and resources. While in Parliament he often stormed for the inefficiency of public sector enterprises on all-round and for wasting the scarce public resources.

While speaking on the debate of devaluation of rupee Sundaram said “that the failure of this Government’s past policies had been acknowledged and the official seal affixed to that failure. By doing so the Government has brought down the prestige of this country among the international countries…. The bluff of the progress has been called off. The people are demoralised today. The Government has lost complete grip and control over economy and administration. which we have been witnessing… They have failed miserably. Their Gold Control Order has failed to stop smuggling, they have failed to unearth the black money and they have failed to stop corruption. Production has stopped.”

In August 1969, Sundaram suggested the following eight measures to the government for framing pragmatic policies towards economic growth and inclusive development:

“(1) First and foremost is payment by result in industrial, agricultural, private, public, Government and other fields. This alone can achieve the goal. You may verify that countries which have devalued have stabilised their economy by sheer work. By hard work only they have come up and not by just planning or by fooling the people.

(2) A substantial reduction in taxation is absolutely necessary to rebuild the industrial development.

(3) We do not want an Everest effort. An earnest effort is necessary in agricultural production which we never had all these 15 years.

(4) We must create confidence and give opportunity for the people to invest in industry.

(5) Then, industrial development should not be impeded by controls. We must be free from controls.

(6) Industry must have adequate rupee finance. At least, if you cannot provide with your money, do not stop them from getting it.

(7) Provide enough incentive for exports wherever it is found absolutely necessary.

(8) And last of all, reduce your expenditure drastically, whether it is private or public sector, but never attempt deficit financing either openly or secretly.

The strength of the currency ultimately depends upon the level and growth of production. Economic policies should be made liberal, planning realistic and administration efficient.”

While speaking on the challenges of government policies on industrial planning and licensing system, Sundaram had highlighted the best practices of credit policies of Japan for industrialisation and wealth creation. According to him “It is the policy of the licence permit raj that is to be blamed. It is the licensing that is defective” and the licensing policies did not give “an equal opportunity to show… talent, to work hard, given an opportunity to try, and they succeeded.” Moreover, what furiously irritated the aspiring entrepreneurs was that “raw materials are governed by quotas, permits and licences.”

While speaking on the Finance Bill in May 1966, Sundaram observed that “Shri Lal Bahadur Shastri when he assumed the Chairmanship of the Planning Commission said that everything was not well with the economy of the nation and he did make a bold attempt to reverse the adverse trends in our economy. With his demise, the new Finance Minister was left without the dynamism and courage for a quick recovery of the country’s economy.”

After fifteen years of Nehru’s Soviet model of the mixed economy model, the entire country had new hope and high expectations from Shastri who admitted that all was not well with the Indian economy. Alas, he also passed away all of a sudden, leaving the huge vacuum for the already struggling Indian economy without any clues for the way forward.

Leaders like Sundaram had perceptively warned the governments for the mindless obsession with the ideas of socialism and communism which discourage wealth creation. The folly of these ideas continued until the balance of payment crisis hit in the 1990s. Even now, the license, permit, quota raj continues for most entrepreneurs.