Home Capitalism SO Musings: Morality of the Market

This article, written by Parth Shah, President of the Centre for Civil Society, first appeared in The Economic Times on 14 November 2001.

I am writing this column on Dhanteras, the beginning of the five-day festival of Deepavali. (Dhan: wealth and Teras: the thirteenth day of the month of Ashwin). It’s the day when Lakshmi, the goddess of wealth is worshiped. Dhan is celebrated by purchasing new clothes, utensils, and ornaments, and in villages by decorating cattle, the main form of wealth.

What about the creators of dhan—businessmen and businesswomen? They are hardly celebrated, applauded, or even acknowledged. Society recognises contributions by giving national awards. There is a national award for bravery (in war and in civilian life), sports, arts, literature, film, but no distinct award for wealth creators.

Trade associations and business publications give awards, but society does not. We celebrate wealth at least for a day, but never wealth creators. It is as if wealth came into existence on its own, as an act of nature for which humans cannot take credit.

Actually it is hard to think of a society that has a National Award for Wealth Creator. Dhan, an inanimate object is worshiped, but creators of that dhan are hardly recognised, let alone revered.

In the post-communist world, no one suggests the abolition of private property or nationalisation of industry. Businessmen are regarded as useful, but not honourable—a necessary evil. They are needed for material life, but their moral status is always suspect. They are tolerated but never honoured.

Contrast this treatment of businessmen with that of politicians. Thoroughly corrupt politicians are relieved of moral condemnation by assertions like: “Politicians come from the same society that we have created.” “We ourselves elect them; they reflect popular will.” None of us can cast a stone on the politician. We are all equally guilty for political corruption.

Actually, a distinction between corrupt and non-corrupt businessmen is hardly ever made. They are all treated alike. They exploit workers, cheat customers, and ruin the environment. That’s what businessmen are. It is hard to imagine that they could be from among us. They are judged to be a different species altogether.

Constant complaints about corruption in politics commonly bring a reply that one should join politics, and unless one is willing to do so, one has no moral right to pass a judgement. What’s the reply to complaints about corrupt businessmen? Surely not to join business! Even business management students take pride in declaring that they would like to work for a non-profit organisation.

Our literature, plays, and films reflect this moral indignation of businessmen. Businessmen are the most common villains. This is also true in so-called capitalist societies. Several classics can be immediately listed where businessmen are portrayed as bad characters. A long search would be required to find a work, let alone a classic, that shows a businessman as the hero.

It is assumed that success in business requires no higher virtues. Mechanics and management of success are studied but not mercantile virtues. More than two centuries after the Industrial Revolution, after unimaginable prosperity created by capitalism, our instincts favour aristocratic or peasant virtues and disdain bourgeois virtues.

We cherish virtues of the soldier, worker, and the artist, but not of the merchant. In reality, commerce has the most civilising influence. It gives us “polite, accommodating, energetic, enterprising, risk-taking, and trustworthy people.” Bourgeois virtues have made civilisation possible.

I do not argue that businessmen are inherently superior, morally or otherwise. It is the system under which they operate that over time makes them more honest, reliable, and innovative. Unfettered competition imbibes them with mercantile virtues. Wealth earned through voluntary transactions in a market place is moral, not when acquired by the use of force. Greed of one businessman helps turn the greed the other into an asset, a virtue. Laissez-faire capitalism evolves us into better beings—in the standard of living, in etiquette, and in moral behaviour. The Invisible Hand of capitalism also produces the Invisible Heart.

Today only charity brings any moral recognition to businessmen. They are commended not for the money they make, but for the money they give away. Unfortunately businessmen themselves have accepted this moral condemnation—the unearned guilt. They are more proud of their philanthropic activities than their productive work. They seem to be trying to wash away the sin of earning wealth by giving it away. They fund poverty alleviation programmes, forgetting that their factories and shops are the most effective and sustainable poverty alleviation programmes.

Businessmen must acquire moral certitude, understand the bourgeois virtues they represent. They should not succumb under the weight of unearned guilt and undermine the great commercial civilization they have helped create.

Jai Vigyan* was recently added to the slogan Jai Jawan*, Jai Kisan*. On this 2058 Dhanteras, let us acknowledge the dhan creators as well. Add Jai Vyapari!* 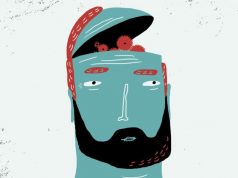