In order to avoid the confusion caused by equivocal use of the term “capitalism” by socialist intellectuals, “free-market capitalism” should be clearly distinguished from “crony capitalism,” from the system that has mired so many nations in corruption and backwardness.

In many countries, if someone is rich, there is a very good chance that he (rarely she) holds political power or is a close relative, friend, or supporter — in a word, a “crony” — of those who do hold power, and that that person’s wealth came, not from being a producer of valued goods, but from enjoying the privileges that the state can confer on some at the expense of others. Sadly, “crony capitalism” is a term that can, with increasing accuracy, also be applied to the economy of the United States, a country in which failed fi rms are routinely “bailed out” with money taken from taxpayers, in which the national capital is little more than a gigantic pulsating hive of “rent-seeking” lobbyists, bureaucrats, politicians, consultants, and hacks, and in which appointed officials of the Treasury Department and the central bank (the Federal Reserve System) take it on themselves to reward some firms and harm others.

Such corrupt cronyism shouldn’t be confused with “free-market capitalism,” which refers to a system of production and exchange that is based on the rule of law, on equality of rights for all, on the freedom to choose, on the freedom to trade, on the freedom to innovate, on the guiding discipline of profits and losses, and on the right to enjoy the fruits of one’s labors, of one’s savings, of one’s investments, without fearing confiscation or restriction from those who have invested, not in production of wealth, but in political power.

The waves of change that free-market capitalism creates are often resented by entrenched elites. As they see the world, minorities become uppity and the lower classes no longer know their place. More shocking, from their perspective, is that under free-market capitalism women assert their own worth. Status is undermined. People create relationships based on choice and consent, rather than birth or status. 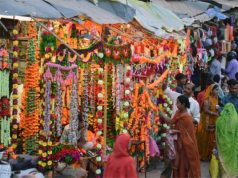 SO Musings: Morality of the Market