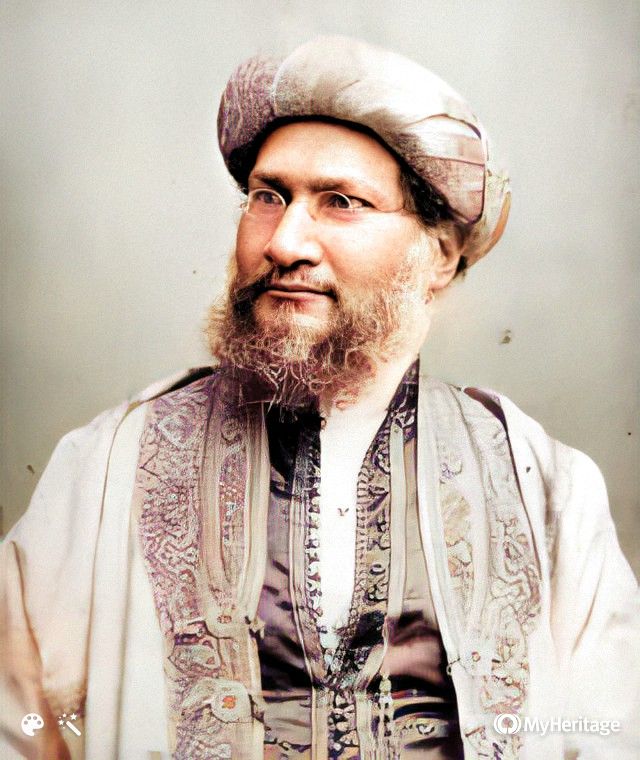 India’s recent turn towards ethnic nationalism and democratic backsliding have led to a soul searching among the secularists. Some have argued that Indian secularism’s failure to resonate with the masses enabled ethnic nationalists to project it as a western, elite, and hence an unsuitable idea for a nation with a long civilizational past. However, modern as it may be, Indian secularism from its very genesis ran parallel to the liberal nationalism of Indian freedom fighters, both of which were antithetical to ethnic nationalism. Badruddin Tyabji belonged to this clique of early liberal nationalists who envisioned a secular India accommodative of its bewildering diversity.

Born in a family belonging to the mercantile class, Tyabji had access to education in the English medium and he went to Britain for a degree in law. This enabled him to capitalize on new opportunities generated by the consolidation of British administration in the western province in the late 19th century. His initial years in public life saw him as a barrister in the Bombay High court. A successful career at the Bar opened the doors of a political career for him to which he would turn soon.

As A G Noorani notes, Tyabji’s political career had a modest beginning. Not unlike many of his liberal compatriots, municipal governance formed the plank of his politics from where he would later be launched in national politics. The first major public appearance came with the public meeting demanding municipal reform and local self-government. On June 30, 1871, the who’s who of the native Bombay elites- Jamsetjee Jijibhoy, Navrozji Fardunji, Pherozeshah Mehta, Mahadeo Govind Ranade, and others- gathered in the Town Hall to make the case for devolution of power. The Municipal Act of 1872 and subsequent elections followed. Tyabji would go on to win the 1875 election and then the four subsequent ones. In Bombay politics, Tyabji was part of the formidable triumvirate which also included Pherozeshah Mehta and Kashinath Trimbak Telang.

In 1883, he entered the Legislative Council of the Governor of Bombay. Himself a beneficiary of the liberal viceroy Lord Ripon’s local self-government reform in 1882, Tyabji’s classic liberal vision of political progress stressed the role of educated male citizens in handling local governance and dispensing civic duties. When the issue of Ripon’s term extension went up for a discussion, Tyabji supported him in line with other liberal moderates. Dadabhai Naoroji in February 1883 wrote to Tyabji about the need for Indian liberals to raise their voice in support of Ripon. Naoroji was maneuvering in support of the liberal viceroy in response to the conservative attack on him for being too radical and mischievous.

Like many liberals of his time, Tyabji was charting sort of a middle ground in colonial-era politics. In focusing on both political demands and social reforms, liberals had to contend with the racist colonizers and conservative Indians. Indian liberals saw in the Enlightenment values a framework for progress and sought alliances with the liberal-minded British administrators and intelligentsia to advance their agenda. However, based on their bitter lived experiences, they were well-aware of the racist mindset prevalent among imperial rulers. The Ilbert bill controversy brought the racist elements of the imperial rule to the fore. Chagrined at the Anglo-Indian disapproval of trial under native judges in District and sessional courts, Badruddin campaigned with Pherozeshah Mehta and KT Telang in support of the bill. The controversy, however, went on to show that racial equality under the empire remained a pipedream, and the efforts at demanding self-governance would be rife with obstacles.

The challenge for liberals like Tyabji also lay in the domain of civil society, as mentioned earlier. Indian liberals of his age shared a belief in education as an indispensable tool for progress and women’s emancipation as part of the agenda for modernization. Like Rammohan Roy, Gopal Ganesh Agarkar, Dadabhai Naoroji, Behramji Malabari, R G Bhandarkar, and Gopal Krishna Gokhale, Tyabji also advocated social reforms directed at liberating women from socially-mandated restrictions. The battle, of course, was an uphill task in a traditional society, made even more fraught by conservative politicians like Tilak who wielded tradition and custom as a political tool. Illustrative of such tensions within the budding nationalist politics was the controversy over the Age of Consent Bill. While the campaign in favor of reform was steered mainly by Behramji Malabari, the bill received support from Tyabji. While the majority of the Muslim community was opposed to the change, Tyabji argued that the bill in no way offended the Muslim law and sent an approving memorial to the government on behalf of his reformist organization.

Founded in 1876, the reformist organization Anjuman-e-Islam was devoted to improving the lot of the Muslim community. It primarily focused on the promotion of education to enable the community to stake claim to newly created economic opportunities. In contrast to other leaders of his community who opposed the introduction of reforms that would benefit the literate Hindus, Tyabji did not want the progress of his community at the expense of the other. In his deposition before the Hunter Commission, he suggested the inclusion of Hindustani and Persian with western literature and sciences in the curriculum in order to attract Muslim pupils to the classroom. Other recommendations included provisions for vocational education and scholarship for poor students. As a general rule, the Anjuman did not take up political matters. The underlying logic went that most such initiatives affected Indians as a whole and as such should be considered by a pan-Indian nationalist body, not an organization representing the interest of a particular community. The Anjuman emerged as the influential voice of the aspirational and educated Muslim public, albeit one riven with a fractious divide.

In the political domain, Tyabji’s next big move came in early 1885 as part of the Bombay triumvirate. Earlier in 1884, Mehta and Telang had come up with the idea of an active political association focused on the Bombay province. They found in Tyabji an apt representative of the Muslim community with a liberal outlook. With the active involvement of Jamsetji Jijibhoy, the Bombay Presidency Association was thus established. The association was pan-Indian in outlook and lent support to AO Hume’s effort to arrange the inaugural session of the Indian National Congress. Local select committees of the association were spread across the country in Karachi, Surat, Lucknow, Bombay, Banaras, Madras, and Calcutta. Most notably, under the influence of Naoroji, the association sent Narayan G Chandavarkar to Britain to endorse the Liberal party candidates in the upcoming election.

The leaders involved in the association also emerged as prominent figures in the Indian National Congress which at this stage pretty much amounted to ‘three days of annual tamasha’. Tyabji presided over the third annual session aka the tamasha in 1887. As Noorani notes, at around the same time, a notable Muslim figure Syed Ameer Ali was trying to forge a Muslim political outfit exclusively concerned with advancing the community’s interest. The invitation for the Ali-led Central National Mahomedan Association’s conference was extended to Badruddin Tyabji as well. Adhering to a classic liberal position that privileged advancing of general national interest over sectarian ones in politics, Tyabji denied the overture. In order to placate the Muslim suspicion of the Congress turning into a vehicle for Hindu domination, Tyabji ensured a provision in 1888 which put out of bounds for discussion any matter unanimously objected to by either Hindu or Muslim delegates.

Tyabji also sparred with Sir Syed Ahmed Khan over differing visions of the nation and the place of the Muslim community within India. As C A Bayly noted, Sir Syed ‘had espoused a notion of community (quam) that effectively made it a nation separate from’ the common rights of all Indians in the public sphere irrespective of their religious dispensation. In contrast, Badruddin Tybaji espoused a classic liberal view in which religion was to be detached from politics or sectarian interests in the public sphere were to be subjugated within the larger domain of a national system. In Tyabji’s view, it was possible for a united India with all its diversity to be sufficiently accommodative of Muslim citizens and hence Muslims ought to throw their lot with Hindu brethren in demanding political rights. Tyabji further clarified that this need not come at the expense of the group interest of the community. But, for him, a sufficient degree of mutual interest existed among different communities to warrant a vision of plural and united India, charting a liberal path to progress.

I would argue that the post-partition Nehruvian republic was built on the legacy of Tyabji’s intellectual foundations so far as secularism is concerned. Echoes of a form of modus vivendi liberalism that came to drive Nehru’s secular agenda could be seen in the 1888 Congress resolution which barred discussion over contentious matters. I think such acceptance of group rights and claims have had deleterious implications for individualism in India. But, on other hand, one could deploy Chandras Kukthas’ conception of the liberal archipelago to argue that such communitarian approaches were needed to hold together as diverse a country like India. More importantly though, for Indian liberals today, Tyabji’s politics shows the possibility for a Muslim leader to be a secular and liberal nationalist in a country with a majority population of Hindus. In pushing back against religious majoritarianism, figures like Tyabji could be deployed in the liberal discourse to demonstrate the possibility of a better and inclusive vision of the Indian nation-state.