Home Essays Do the farm bills benefit the farmers? 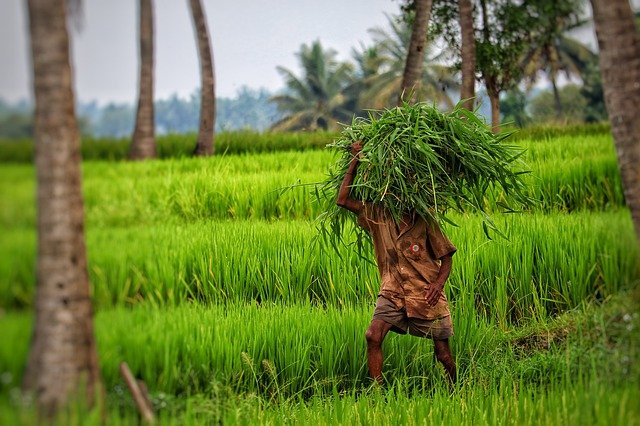 Three farm bills were passed in the Rajya Sabha this week. A wave of protests and media conversations have questioned the undemocratic way in which these bills were passed. Even though it’s valid to question the procedure, we must not lose sight of the most important question here – do these bills benefit the farmers?

Let’s start by seeing what these three bills mean in the simplest of terms. Farm Bills, as they are being referred to, consist of these three Bills:

What do these bills change, and more importantly, why do we need them in the first place?

Long before Coronavirus took over the world, the two most pressing government regulations affecting our farmers were the Agriculture Produce Market Committee (APMC) Acts and the Essential Commodities Act (ECA) 1955.

An APMC is a marketing board established by the state governments with the intention to ensure that farmers are safeguarded from exploitation by private corporations. The APMC system was first established by the British to make sure that the textile mills in England could get cheap cotton from India. It was designed to exploit our farmers and this same Act was retained after independence with only a few tweaks.

According to the Act, the first sale of agricultural produce can occur only at the APMC mandis and only to government authorised traders. We have just over 7000 of these regulated mandis for all of India’s farmers (over 9 crores of them). Moreover, the APMC Acts prohibited farmers from selling directly to the customers, and direct intra-state and inter-state trade. These limitations ensured a government monopoly over first sale and purchase of farm produce.

The Farmers’ Produce Trade and Commerce (Promotion and Facilitation) Bill, 2020 gives Indian agriculture a freer, more market-oriented structure. Make no mistake, it does not do away with government mandis. But government mandis will now have to compete with private trade areas. The farmer is now free to sell to whomever they want, wherever they want, and at a price of their choosing. If they are not happy with the price they get in the private market, they have the option of going back to the mandi.

A lesser talked about provision under the new Bill is that an electronic trading portal, e-NAM, will be set up by the government through which farmers and traders alike will be able to carry out digital transactions. How effective this will be, remains to be seen.

The 2nd regulatory plague was the Essential Commodities Act, 1955.

Under this, the government had the power to categorise some commodities as essential and control and regulate their supply, production, distribution and price. This list included farm products like onions, edible oil, potatoes, sugar and rice. If the price of any of these commodities rose, the government could bring it down forcefully. Now, forceful price meddling is never good for an economy or for business in general. If the actual price of a product is Rs.100, selling it at Rs.60 does not make business sense. It not only causes instability but also the immense financial loss to the farmer.

Increase in prices would ideally give the farmer a chance to earn more, produce more. But due to government control on prices, that has never been possible.

The best example of this is India’s yearly onion crisis. Because it’s an Essential Commodity, the government bans all exports of onion due to rising prices at least once every year. This year, in-transit exports to Bangladesh were forced to come back and India’s perception as a reliable exporter of goods took a hit, yet again. The implications of these arbitrary export bans cannot be overstated. It disincentivises other countries to consider India a stable exporter and business partner.

Even domestically, due to the government’s arbitrary decision making, the farmer has to live in uncertainty. Between 2014 and 2019, the government changed the rules on onion export 17 times, more than three times a year on average. Imagine the plight of an onion farmer in a country where the policy for his produce could change between the time he sows and harvests his onions.

Under this Act, the government can also impose stock limits, one amount of produce that a trader or dealer can store. They can conduct raids anytime and if a dealer is found storing more than the limit, their license can be revoked, a fine can be imposed and, in some cases, they can also be imprisoned. The idea behind this was to discourage hoarding at a time when the country faced an acute shortage of several commodities, including food grains. But much has changed since 1955, and India is no longer a victim of regular famines. Such a strong regulatory mechanism creates an environment for easy rent-seeking.

As a direct consequence of this Act, there was no incentive for investment in cold storage, processing and warehousing infrastructure; a much-needed innovation in our country’s agriculture sector. Thus, an amendment to this Act was long overdue.

So, what changes with the new Bill? It removes commodities like cereals, pulses, oilseeds, edible oils, onion and potatoes from the list of essential commodities. Along with this, it also removes private investors’ fear of excessive regulatory interference in their business operations.

Moreover, the freedom to produce, hold, move, distribute and supply farm produce will lead to the harnessing of economies of scale and attract private sector/foreign direct investment into the agriculture sector.

The final bill is The Farmers (Empowerment and Protection) Agreement on Price Assurance and Farm Services Ordinance, 2020:

This Bill essentially allows for contract farming. Contract farming means that farmers and buyers can directly enter into a written contract prior to production. So, a farmer can commit, in October, to a buyer that he’ll produce 10,000 Kgs of Rice at Rs. 100/kg, to be delivered in November, after the sowing cycle. Now, even if the price drops to Rs.80/kg in November, the farmer will still get Rs.100/kg.

It gets better. If the price rises, to say, Rs.120/kg, the farmer will be entitled to this price over and above the initially decided Rs. 100/kg. This ensures that the farmer benefits in both scenarios.

Now, one common cause of concern has been that the little farmer will be of no match to big corporates who’ll enter into contracts with them. In case there is a contract dispute, there’s no way a farmer could afford to get involved in the legal conundrum of fighting the corporates, right? The Bill provides enough safeguards for this as well.

The contract that the farmers enter into will have to list out a dispute settlement process. This will include two provisions:

a) a conciliation board has to be set up; which will include members representing both the farmer and the buyer. In case of a dispute, the matter will first be put in front of this board.

b) If the board is not able to resolve the matter within 30 days, the farmer & buyer can approach the sub-divisional magistrate (SDM).

The SDM is an IAS officer who is the head official of a district subdivision. Approaching him would mean that the farmer will not have to seek redressal from our already overburdened courts. This is a local dispute redressal mechanism which makes it relatively easier for the farmer to seek justice in case something goes wrong. However, the fact that the dispute resolution mechanism is limited to the bureaucratic machinery could be problematic as there exists no provision for a judicial means to appeal decisions in the bill.

There is fear that big corporates will take over our small farmers. Well, if the farmer is not happy with the rates they get in a private market, they can simply go back to the APMC mandi. If we see a trend of lesser farmers going to mandis in the coming years, it won’t be because corporations will be forcing farmers to sell to them, it would be because they get better prices there.

Also, it’s not that now the farmer will have to go around knocking on doors of big giants like Big Basket & Amazon. In fact, even after signing a contract, the farmer will not have to seek out traders. The purchasing consumer will pick up the produce directly from the farm.

So, even though some farmers are worried about the entry of the private sector, history stands witness to the fact that privatisation has only improved matters for not one, but several industries. For instance, the privatisation of telecom services has ensured that Indians today enjoy the cheapest data services in the world! Countless consumers & companies in India have benefited from domestic & foreign competition.

The same can happen for agriculture. Why shouldn’t a farmer in Maharashtra be able to strike a deal with Big Basket, directly? Why shouldn’t Amazon Pantry, Walmart, Grofers etc. compete with each other to get the best farm produce from Indian farmers? Imagine the economic empowerment of farmers in a world like that! This is exactly what these three bills aim to achieve; more choice and freedom for our farmers.

Of course, it’s not that just because these restrictions are removed, the farmers will get rich instantly. The rot in agricultural markets runs deep in India, and it will take time for complete reform. For instance, we still need land reform in agriculture, as even today, farmers can only sell their land to other farmers.

These three bills, however, are the first, and thus a significant step in ensuring that the agriculture in India is liberalised.

We have clung to the need for protecting our farmers from dangers that don’t exist anymore. The true shame is that it took 30 years and a global pandemic for us to muster the courage to free almost 60% of our population from the shackles of outdated & archaic laws. We still have a long way to go before people take up farming as a profession of choice, but we’re off to a good start.