The concept of morality concerns itself with principles that distinguish right from wrong. A free market, by definition, has a decentralised order of things where individuals are allowed to make independent economic decisions, without any government intervention. This means that the market itself cannot be moral or immoral – instead, its morality is determined by the people who participate in it.

Since individuals are the most critical players in the free market, their bottom line is all that matters, as opposed to a regulated economy where the idea of collective responsibility takes precedent. Essentially, there are no moral obligations in a free market.

In the theoretical case of a completely free market, there would be no requirement for a minimum wage as wages would be determined by supply and demand. One could argue that employers would find it beneficial to exploit their workers by paying them less for longer hours. However, this would still be better than a minimum wage set by the government.

Here’s an example to put things in perspective. Assuming that the minimum wage is set at ₹200 per hour by the government, a desperate worker, who is willing to work for ₹150 per hour will not be able to work even for that.

Another example is that of the Maternity Benefits Act, which was amended in 2017 to increase maternity leave entitlement from 12 weeks to 26 weeks. The act also specified a mandatory creche facility in organisations with more than 50 employees, work-from-home options and maternity bonus.

While in principle, this amendment is meant to encourage more women to join the formal sector, the reality is that a lot of Indian companies have found these requirements to be too costly. As a result, they have been unwilling to hire young women.

Coming back to the question of morality, what would be more immoral in this case? The fact that women don’t get 26 weeks paid leave, a bonus and other facilities or the fact that they don’t get work opportunities at all.

One could argue that in a free market, companies might not give any maternity leave. If that were the case, employees would also have the option of protesting or simply leaving the company for another which provides them with a better offer. In 2018, for example,  All India Bakchod, a Mumbai based company made headlines when several women accused founders and administrators of sexual harassment. This news caused a massive media outcry, and the company was forced to go on a hiatus.

Today’s society doesn’t take things like gender discrimination lightly. Women make up half of the workforce, and no company would want to discount them. Neither is anybody saying that companies should not give maternity leaves at all. However, forcing companies to do so only in the manner in which the government endorses it, harms both the companies as well as women in the workforce. It is also immoral as it massively curtails individual liberty and freedom.

If a free market is immoral because there isn’t any control over what companies can do, then other kinds of markets (socialism and communism) are even worse because they curtail the freedom of the individual. In a free market, the onus of everything is on the individual and not on society. There isn’t any shared responsibility, which might make it sound less “humanitarian”, but doesn’t make it any less moral.

As humans, we’re genetically predisposed to avoid pain and seek pleasure. Therefore, it is desirable for us if something is provided for – especially when we don’t realise the actual cost of it. For instance, if someone is getting a subsidy, people argue that it’s great that the government is paying for it. However, the government does not have any money of its own. The subsidy comes out of the taxpayers, i.e. it comes out of the pockets of millions of citizens.

In conclusion, a free market functions according to demand & supply. It doesn’t put any extra cost on individuals in the name of “society”- making it a fairer world since each individual bears the cost of their choices.

Read more: SO Musings: Morality of the Market 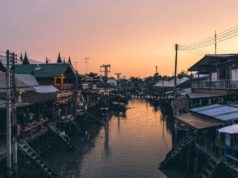 Why the emerging markets phobia needs to end