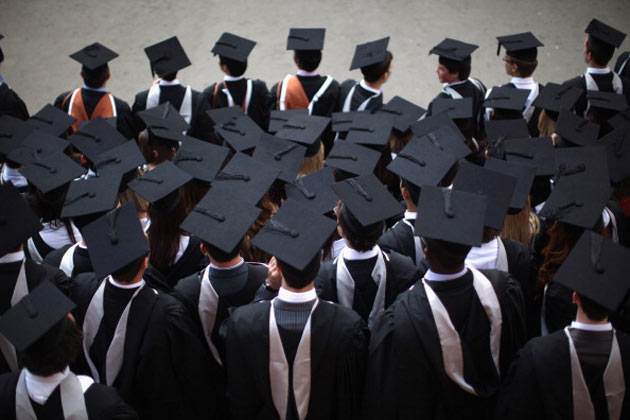 I recently completed my graduation from a state funded engineering college. In the past couple months since I’ve started working; I’ve come to get some sense of how inadequate my training in college really was. (a sentiment, I am sure, shared by many engineering students—unfortunately a sizeable chunk of India’s undergraduates)

I am reminded of one little instance back in college. We had to work on a group project for an assignment. We were assigned a guide, who also happened to be the Head of Department for our course. In one of our meetings, one of the group members asked the guide why we were taught things that were not relevant in the present technical environment. And more importantly, why did our evaluation system still promote rote learning?

The professor was somewhat sympathetic to what my friend had said. But he quickly pointed out that many people (Deans, Director, the Council etc, etc.) had to be involved to bring about change, which is the current scenario remains impossible. Besides, he remarked, students aren’t really concerned about these things—“they only study the night before the exam and like to blame the system.”

I’ve seen quite a few students who were consistent and sincere in their school days, but their enthusiasm waned as they started college. It might be worth pondering why students lack motivation; and how we can address this and improve their engagement with the academia. And it’s not just engineering colleges—students in many other higher education institutes face a similar plight.

The professor in my college couldn’t adopt changes, even if he personally felt that some changes were necessary. Maybe he wasn’t ever encouraged to participate in this way; or maybe the environment was just too stifling.  Now, after working with a reputed company, I have realized that an urgent change is needed in the way the academic curriculum is taught and evaluated in our higher education institutes. The analytical techniques used in the industry and the corresponding skill sets required have really advanced, while our institutes of learning have lagged behind. This has resulted in a huge knowledge gap between a fresh college graduate and industry needs.

What explains these maladies in higher education?

For one, the government through restrictive policies in academic, administrative and financial spheres has played its part in hindering the progress of higher education institutes. It has created too many stakeholders in the form of committees and regulations that the real stakeholders–the students, are suffering. Further, It has placed restrictions on the entry of foreign institutes through various regulations and thwarted competition in the domestic sphere by creating various hindrances for private players. This has affected a large number of students who are the future of this country.

In the emerging era of the 21st century, higher education is the most important tool of development and the universities have to become real hubs of knowledge generation. Originality, creativity and intellectual pursuits should be encouraged on the campuses of universities and colleges. These, however, necessitate the freedom to differ from traditional authority and be able to bring to change without the fear of systems.

Just to throw some ideas, we can have measures that put emphasis on credits rather than year, give professors the flexibility to tailor courses as they see fit, bring in transparency in assessments, do a regular academic audit etc. All of this can help build the pool of highly skilled people which can contribute to this country.

There are also Massive Online Open Courses (MOOCs) that are changing the way we study and learn. They offer us both the flexibility to choose courses and the time when we want to have them. These are offered by some of the best universities around the world and are consistent with advances in different fields. There are independent assessments and quizzes after each module which test your fundamental knowledge about the subject. Though offering them at such a big scale at Indian universities may be a challenge; the flexibility to choose your subjects and time within which a course needs to be completed can give a lot of liberty to students in terms of individual learning speed and utilization of time–helping them learn better. NPTEL (e-learning portal by IIT’s and IISc), for instance, has helped many engineering students across different institutions get access to quality technical education. Imagine if this quality can be replicated in all fields at the university level–India can move from merely being an out-source destination to one in which innovation thrives.

The process of learning should move from a pressurized environment to a flexible one. Further growth of these existing institutions will come from opening up the sector and decentralisation of authority which will ultimately promote free thinking. It is high time to make the real stakeholders i.e. the teachers and students more independent.

A mechanical engineer and an iPolicy graduate, Ayush Agarwal is an avid reader and follower of political developments. He can also be found on Twitter.