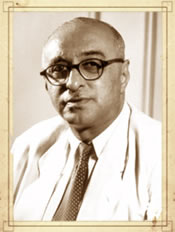 The following post is an excerpt from a monograph published in 1956. The author is A D Shroff, a prominent Indian Liberal and c0-founder of the ‘Forum for Free Enterprise.’

With the announcement of the Socialist pattern of Society as our goal, the raising of the tempo of planning and the inevitable concentration of economic power in the hands of the State, the question of the relation between Free Enterprise and Democracy has assumed great significance. Some time back, the Prime Minister at a press conference in Calcutta expressed the view that the idea of equating democracy with private enterprise was not justified. He is further reported to have observed that in the last analysis democracy and unrestricted private enterprise were incompatible. As against this view, there is a large section of opinion in the country, which believes that the present trend towards State Capitalism, under the ostensible plea of a Welfare State, threatens as much to enslave man to the State as a totalitarian State. It is maintained by them that democracy is a political concomitant of Free Enterprise, and with every step towards a diminution of Free Enterprise, democracy is hastening towards its end. It is not a mere accident or coincidence of history that democracy has grown and flourished along with the system of free enterprise. Issues are unfortunately confused by the dogma of Marxism, identifying ends with means. The heresy of yesterday has become the orthodoxy of today. It is, therefore, essential to examine the question of Free Enterprise and Democracy afresh in their proper perspective.

All planners – Socialist, Fascist or Communist talk in terms of the objectives of rapid industrialisation, of raising the standard of living and an equitable distribution of wealth, with an expanding employment potential. There is nothing inherently socialistic in Planning. In the words of Tawney -“The results of Planning depend on the purposes it is designed to serve, the methods which it employs in order to realise them, and the spirit which determines the choice of both.” The best method of achieving this, according to democratic socialists or the revolutionary left-wing socialists, wedded to Marxian dogma, has been replacement of the private ownership of all property and means of production by some form of common ownership.

A mere change of ownership is no guarantee for ensuring that an industry would be run on Socialist lines. On the contrary, it has created problems arising out of undue concentration of economic power in the political hands and the growing bureaucratic despotism, both of which have in practice meant a serious curtailment of democracy.

It is forgotten that the real dynamic value of socialism lies, not in an ideological adherence to any economic theory identifying socialism exclusively with common ownership, but in its being a moral protest against social injustice and inequality. As pointed out by Crossman, if there is a danger of oligopoly developing in the sphere of industry, “there has developed another menace far more serious, and that is the growth of a vast centralised State bureaucracy.” Our country is faced with a similar danger. It is in the context of certain growing trends in the direction of indiscriminate nationalisation and even State Trading, leading towards State, capitalism, that it is feared that our bureaucracy may fast develop into a great octopus with vast accretions of power, which may someday threaten the very foundations of our freedom. Gandhiji was rightly apprehensive of the growing power of the State, when he stated: “I Iook upon an increase in the power of the State with the greatest fear, because while apparently doing good for the people by minimising exploitation, it does the greatest harm to mankind by destroying individuality which lies at the root of progress. . . . What I would personally prefer would be not a centralisation of power in the hands of the State, but an extension of the sense of trusteeship as, in my opinion, the violence of private ownership is less injurious than the violence of the State”.

Once the State begins to intrude in the field of private or free enterprise, it will soon develop into a monopolist wielding power of an enormous character. Every industry in the private sector must play a subservient role, every business activity must be carried on in the mode and manner in which the State dictates. As observed by the Group of Socialist Thinkers, in the “20th Century Socialism,” in such a system: “There is no freedom to experiment with ideas which have not won State approval. The man who wishes to risk or dare is a misfit – or worse. To eliminate all private capital is to open the road to totalitarianism.”

To access the original, unabridged piece, click here. Visit indianliberals.in for more works by Indian Liberals dating back to the 19th Century.