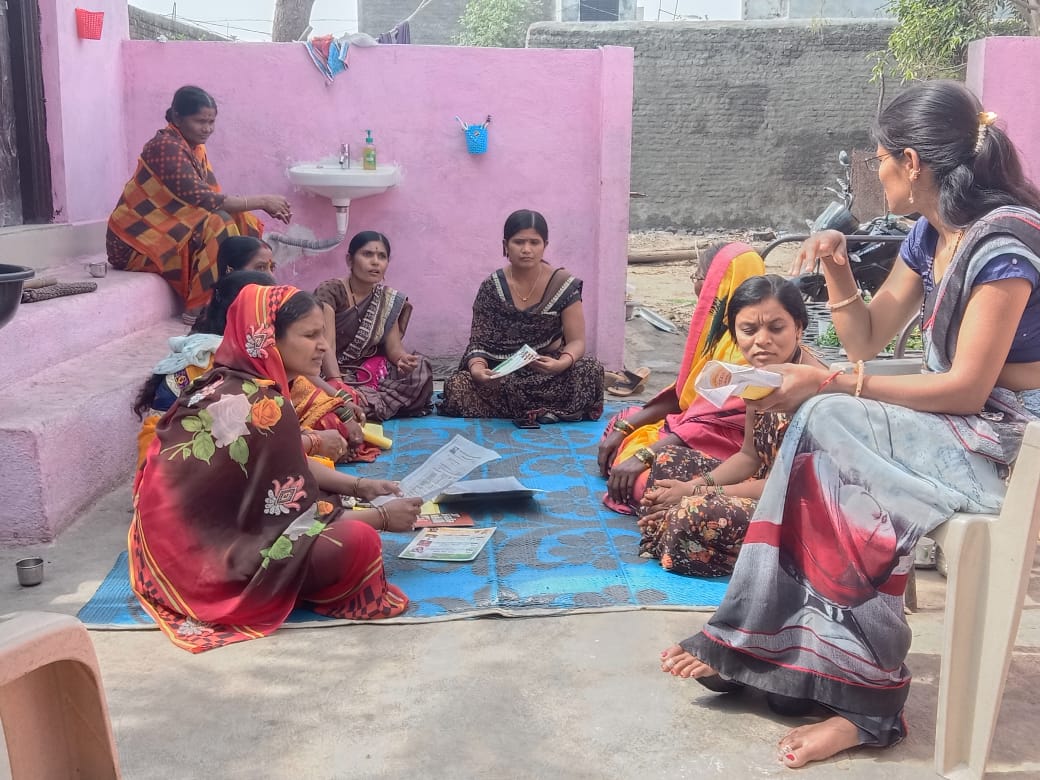 In the recent gram panchayat (village council) elections in Maharashtra, a young organisation created a storm. 194 women from the Ekal Mahila Sanghatana (meaning ‘Single Women Organisation’) (EMS) contested the elections and 68 women were elected. EMS was set up only in 2015 with support from CORO, an NGO working towards a society based on equality and justice.  I was extremely excited to get this news because four years ago I had spent a weekend with some of these women in Ambejogai, when CORO had organised the first-ever convention of Single Women. These women had been abandoned, widowed or divorced and faced a huge number of hardships, in the very patriarchal Marathwada district. Yet, their enthusiasm, positivity and feeling of sisterhood were highly energising. I learnt a new term that weekend – Mi Navryala Takale – to describe these women. It means “Dumped My Husband”.

I still strongly remember two events from that weekend. The first was when the women (who were all wearing phetas on their heads) picked up a copy of our Constitution that had been set in a metal frame and rushed towards a thermocol wall on which were listed the various constraints that a patriarchal society had placed on them. They charged and broke down this wall, symbolically showing that these women will use constitutional methods to challenge customs that hold them back. The second was a discussion we had till late at night talking about their aspirations.

This blog talks about how these women prepared for this election. EMS was set up to reduce violence against women and make society look at single women differently. The leadership of EMS was trained through the Grassroots Leadership Development Programme (GLDP) of CORO. This is an 18-month programme that has been running for over 10 years to develop grassroots leaders to tackle challenging issues in their communities and beyond. The work with EMS was funded by donors like EdelGive Foundation.

I spoke to some of the elected women after the elections. They were extremely excited because during the campaigning most people wrote them off. They had no affiliation with political parties and had no backing from the people in power. What happened over the past few years to make these women so powerful today?

Initially, EMS had started working only with single women, but gradually other women also became part of the programme. Since EMS want all women to accept single women, they accepted married women as well.  The leadership of EMS, however, is only by single women. One of the learnings of EMS is that single-hood is often decided on the availability or non-availability of a male partner. If the woman has a husband and if she is heading the family due to the inability of her husband to do so (due to alcoholism, laziness, etc), she is not considered to be single even though she has to manage the family on her own. Therefore, they broadened their definition of single women. Hence, EMS works with all women with the ultimate goal of helping them become independent, regardless of whether she is with a partner or not. Furthermore, it is not easy for any woman to contest elections in Marathwada because of the highly patriarchal mindset there.  Out of the 194 women who contested, 16 women were single. And 10 of these 16 women got elected. All are members of EMS and are amazing women.

During the campaign, many of the women were asked how they would be able to get things done because they were either single or did not have the support of their husbands. But when people saw that there is a large organisation, EMS, behind them, the voters realised that these women can actually get things done. The solidarity shown by all members was amazing. Rukmini Nagapure told me that she continuously campaigned saying that women needed to be in power to handle women’s issues and, therefore, please vote for her. She talked about various issues the women would look at – roads, water, pension collection, educating girls, setting up libraries, etc. Mira Tupare said that they were continuously pressured to step down, but they did not get afraid. Chitra Patil, when campaigning, talked about how, despite having no family backing, they were able to achieve so much COVID relief work, thanks to the support of CORO. Therefore, if they had the stronger backing of everyone in the village, they could achieve so much more.

These women were very influential and charismatic at all levels. They were chasing their dreams of getting elected. Nearly all of them had no support from any political party.  Ekal Mahila Sanghatana, by harnessing the strengths of the community, has shown them a way to make it a reality. This is a lesson for all of us who hide behind various excuses. The single women of Marathwada have shown that focus, hard work and enlightened leadership can change the world.

Read more: Will work-from-home give a boost to female employment?