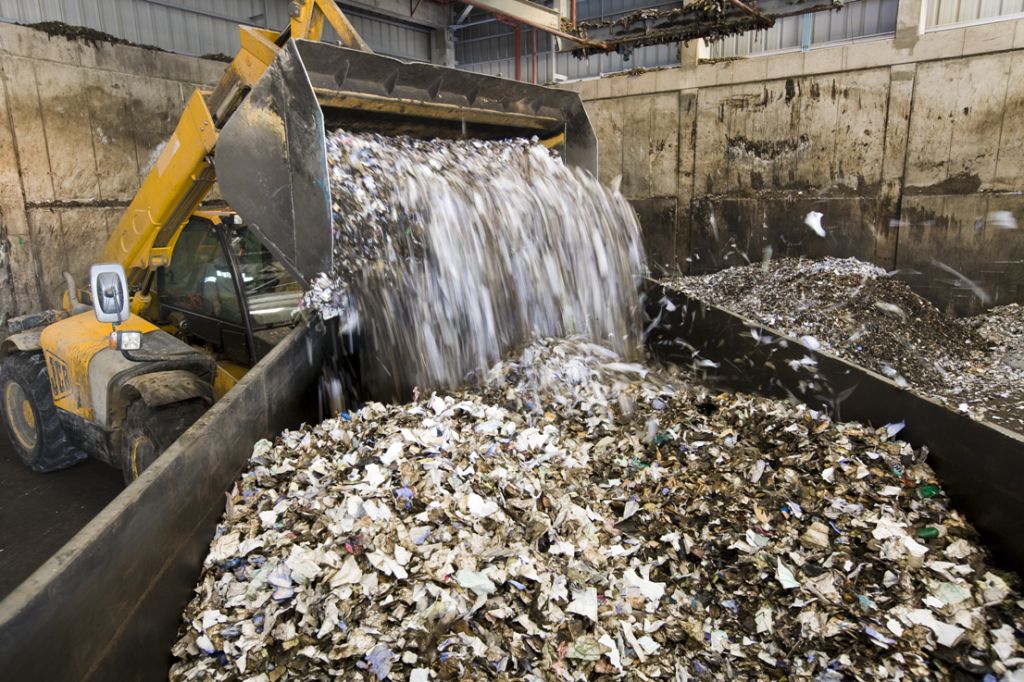 Imagine lifting your car. Now, multiply it 175 times. That is the volume of waste generated by the time a reader finishes reading this article. About 350 tonnes, disintegrating into methane, toxic heavy metals and other pollutants, combusting spontaneously.

Ironically, the waste that is thrown out returns more potent, mixed with the air that people breathe and the water, which is consumed. According to a 2018 Press Information Bureau (PIB) release, urban India produces 54.75 million tonnes of municipal solid waste annually.

The responsible handling of this waste has been a challenge for megacities dealing with the urban sprawl. The go-to strategy has been for municipalities to pay contractors to dispose it off. In an ideal world – and by law – this would mean the proper treatment of waste.

In reality, this system runs largely unchecked and cases like Mavallipura village (in Karnataka) came up where illegal dumping of nearly 3.600 tonnes per day in 2015 was normal, according to Shwetmala H.N. and Ramachandra T.V. in a 2017 article entitled “Nature and extent of unauthorized waste dump sites in and around Bangalore city” in the Journal of Material Cycles and Waste Management.

To improve the system, the central government updated the Solid Waste Management Rules in 2016. The rules dictate the roles and responsibilities of various stakeholders in the supply chain of waste and try to push more responsibility on to local bodies. However, there are major structural problems here.

The first is related to the segregation of waste at source. The rules devolve the responsibility to individual households, laying down the categories to segregate waste into and the ways to categorise waste in each of them. Trouble is that the rules abruptly end at this point and do not generate any structure to ensure this happens or even nudge people to do so. Incentive and/or penal structures are devolved to the states and they vary in effectiveness.

For instance, the Delhi government fines households Rs 200 for non-compliance with the segregation directive. Yet, based on self-reported data, there was only 39% door-to-door collection in Delhi, point out I.J. Ahluwalia and U. Patel, in an ICRIER Working Paper entitled “Solid Waste Management in India An Assessment of Resource Recovery and Environmental Impact”.

This makes the assigning responsibility for non-compliance difficult and is reflected in a 2% estimated compliance rate, points out U Patel. Besides this, the rules acknowledge the need to create capacity at the local level for waste segregation and management, but this is neither arranged nor accounted for in the subsequent assignment of responsibility.

Secondly, the rules try to bring compliance from private sector manufacturers in handling their waste, but do not generate any incentive structure for this.

There is an appeal to manufacturers and brand owners to recollect packaging waste. This appeal lacks any serious backing or implementation logic; private manufacturers would naturally collect that in which they find value. Companies like Coca Cola invest in recollecting supplied bottles because they can reuse them in their production. However, other companies like Amazon would not find it profitable to collect their packaging material. So, this appeal does little more than plead to the altruism of a company to consider a potentially non-viable economic idea.

Lastly, the rules promote the setting up of centralised waste to energy (WTE) plants. While there is benefit to be had from these plants, their effectiveness presupposes effective segregation and strict emission controls.

In their absence, WTE plants could release heavy metals like mercury and lead. They would also generate dioxin and furan, which can cause health ailments, MR Beychok, explains in an article entitled “A data base of dioxin and furan emissions from municipal refuse incinerators”, which appeared in Atmospheric Environment, Elsevier B.V. in 1987.

Dioxin was one of the components of the herbicides used in Agent Orange and has led to mental and physical deformities in the exposed Vietnamese population many generations on, wrote a group of experts in “Recent Dioxin Contamination From Agent Orange in Residents of a Southern Vietnamese City,” which came out in the Journal of Occupational and Environmental Medicine. Therefore, while WTE plants are carbon negative, they are not an entirely reliable source of waste handling.

Solutions need to be threefold. Firstly, target segregation. If the expectation is for individuals, households and businesses to segregate waste at source, there needs to be an effective incentive and penal structure in place. From the central and state point of view, this involves strong advocacy for individual responsibility under the umbrella of the Swachh Bharat Mission and the Smart Cities Mission. For example, Smart City projects undertaken in cities with large waste generation like Ahmedabad do not include any waste management project.

Locally, ward-level redundancy needs to be built into the system to ensure that the segregation happens as close to sources as possible, if not exactly at the source.

This can be combined with penal action for non-compliance, such as in Bangalore where waste collectors refuse to collect unsegregated waste. This helps with downstream costs of segregation and downstream segregated handling.

Secondly, increase greater focus on municipal land reclamation from dump sites. This has economic and ecological value as shown in Indore, where the city reclaimed about 100 acres of land in six months for less than Rs 10 crores.

This would be aided by an independent reporting and auditing mechanism to be set up for two reasons; (a) to prevent any outbreak or health disaster during bacterial decomposition of waste and (b) to avoid illegal landfills from operating.

Having a random audit mechanism, approachable by the public, would help pass more power to the people and avoid situations like Nanded, where the city spent Rs 15 crore on collection and transport of waste to landfills against a tax accrual of Rs 75 lakhs, data published here after a personal communication with the Commissioner of Nanded, Sameer Unhale, revealed.

Lastly, increase private involvement in a door-to-door collection level. This reduces street litter since people do not have to bring their waste to a location, which helps integrate the informal sector at a lower cost to the government. For instance, door-to-door collection would require a 35% increase in the MCD budget, suggest R Mehta and S Dasgupta in “Alternative service delivery models to transform citywide municipal waste services: the case of the Municipal Corporation of Delhi” at a  CWG-WASH Workshop on Solid Waste, Health and Millennium Development Goals, held in 2006.

Instead, private entrepreneurs and cooperatives (like SWaCH) working directly with the municipal government can bring this cost down.

However, this involvement needs to adhere to minimal acceptable safety standards for workers. It cannot be done ex post-facto, the integration of a municipal level PPP, since it would expose not just the workers to health hazards, but also potentially the citizens.