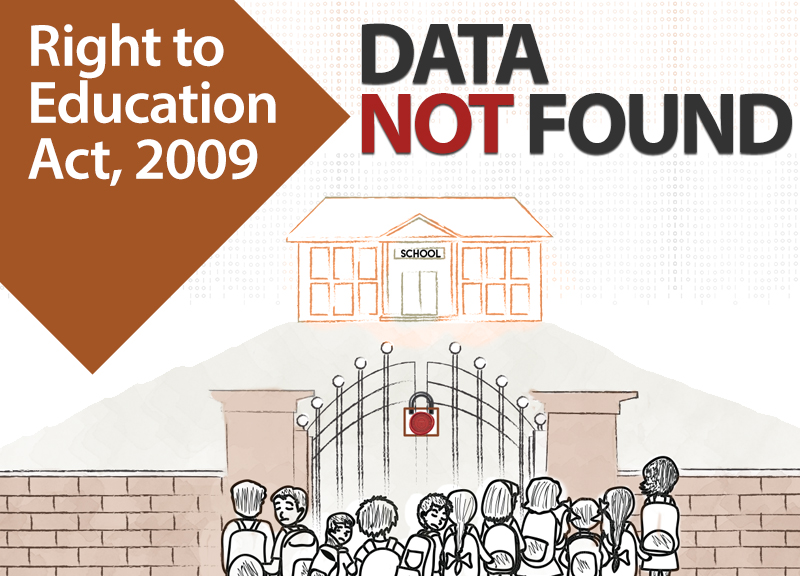 Much has been said about the Right of Children to Free and Compulsory Education (“RTE”) Act since its enactment in 2009. It was the first central legislation to mandate compulsory government recognition for all private schools’ basis minimum input standards for everything except outcomes. Failure to comply meant a penalty of one lakh or ten thousand per day for these schools. 10 years since its enactment, there is negligible information on how many schools are unrecognised, how many are under the radar and how many have been shut down.

In a 2015 parliamentary question on the number of schools closed, Smriti Irani, the former Minister of Human Resource Development, reported that 2173 schools in 3 states and 1 union territory had been forced shut. 1170 of these were shut in Punjab, 998 schools in Madhya Pradesh, 4 in Himachal Pradesh and 1 in Puducherry. This was the last time any such information was made available by the government.

The Centre for Civil Society set out to track the extent of school closures. Ironically, while the parliamentary question pointed to 2173 school closures already until August 2015, RTIs filed in 10 states reported closure of only 15 schools. Of 10 states in which RTIs were filed, 7 states did not provide information.  A survey of media articles between 2015 and 2018, on the other hand, revealed closure of 2,469 closures from 15 states.

Consider this: Punjab and Madhya Pradesh reported the closure of 1,170 and 998 schools in August 2015 but both states rejected the RTE application due to lack of data on school closure. Where information was provided, for example in Delhi, the reason for closure is not coherently stated. One school was closed under RTE due to ‘Poor enrolment, poor connectivity, unable to pay the rent etc.’ These reasons, however, do not fall under ‘norms and standards’ a private school has to comply for, as under Section 19 of the RTE Act and could indicate a voluntary closure.

The lack of data on school closures can mean two things: either the states are reluctant to disclose the data or have not recorded the data systematically—both are a serious cause for concern. Actions on private schools affect a sizeable portion of the population. 8 crore children, accounting for 32% of the total enrolment, were enrolled in over 3,00,000 lakh private schools in 2016-17, according to the Unified District Information Management System for Education.

Besides the recording of data, there is no due process that the government is required to follow before it shuts a school down. In August 2013, the state of Haryana had issued show-cause notices to all unrecognised schools and gave them 15 days to provide evidence for why they should not be shut. Within a month, an order was passed to close the schools resulting in a court dispute (A.V. Public School and others v. the State of Haryana and others 2013). The court criticised the state for passing “stereotyped orders” to shut schools, without notifying the school of reasons for which it was asked to close shop.

The state of data collection and the absence of due process in shutting schools is worrying. How can there be an evidence-based policy for schools since there is no evidence, to begin with? The government does not know the number of unrecognised schools, the fee charged, enrolments in such schools, outcomes these schools offer, the actions that were taken post-implementation of RTE and its impact on children. What can we expect of policymakers are flying blind? Promising free education, as the latest Congress Manifesto does, is sexy but remember that unless data become dowdy, we cannot deliver quality education.