Home Government Dealing with Babus – A Reality of Errors

When we started the Researching Reality internship at the Centre for Civil Society, we had some sense of what we were signing up for—going to government offices and dealing with babus would be routine. However, we realised some weeks in that we had grossly underestimated the frustration that these interactions would cause—to the point that we would want to pull our hair out.

It started with smaller things. Most government websites looked unremarkable, with a shoddy interface, links that did not work, and cumbersome filter tools. The contact lists were outdated, given the high frequency of transfers of bureaucrats. The one ‘updated’ list we received from the office itself contained numbers belonging to retired people, who were so resigned from their former positions that assisting us in any way was an utterly puzzling proposition.

It would be unfair, however, to generalise. As clueless students working on research projects, we did receive some help and guidance along the way. However, instead of solving problems, this only created more—everyone would provide different versions about the same processes. Moreover, there was not much to go on to verify things. Since we were working on fee regulation—a ‘sensitive’ financial topic—the common refrain was, “Yeh sab public domain mein nahin hai (All this is not in the public domain).”

Of course, the larger chunk was unwilling to meet us, and even getting an audience would not be particularly fruitful: “Humse kyun poochh rahe ho? Website par sab hai (Why are you asking us? Everything is on the website).” We thought RTIs might help us where these same officials could not shirk our queries with such convenient, ill-defined excuses. However, the replies we received betrayed the same attitude, only dressed in a language that is more formal. Even the law could not compel officials to be responsive.

Nevertheless, while these hurdles could be overcome, perhaps the most important insight for us was the sheer inefficiency and, at times, the cluelessness of government officials. We had started our project thinking we would analyse a particular committee set up by the government in 2017. It seemed like the one-stop-shop for all things fee-related if one were to go by circulars and the government’s proclamations. However, the reality was ridden with errors: not one, out of a list of 30 that were supposedly supervisors of the committee, had even heard of this committee. We had to rethink our entire approach since we realised that the processes at hand were ad hoc and improper.

One strategy we employed was to get in touch with outsiders who have been involved in the system—parents and schools, the accusers and the defendants in fee disputes. Understandably, both parties had interests opposed to each other, and we were able to gauge so much through our interviews. What they were united in, however, was their unequivocal disillusionment with the government—the opacity, arrogance, arbitrariness, and the complete lack of accountability. Their negative opinions of the government would come out, unprovoked.

In a heavily politicised issue where we see the government openly taking a firm stance against one of the parties involved, we expected that at least the other party would be content with the government’s work. However, the reality is far from that. There lies a long road ahead to an efficient, ’service delivery’ model of governance, that the country aspires to achieve. 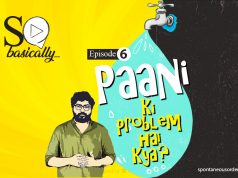 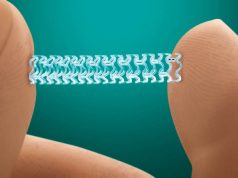 Is Slashing Stent Prices The Solution? 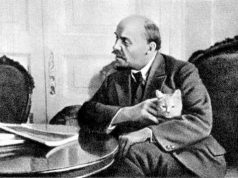 The Red Remembrance 2.0: Comrades Who Went Liberal (well….sort of)