Home Education What does it take to open a school in Delhi? Not an... 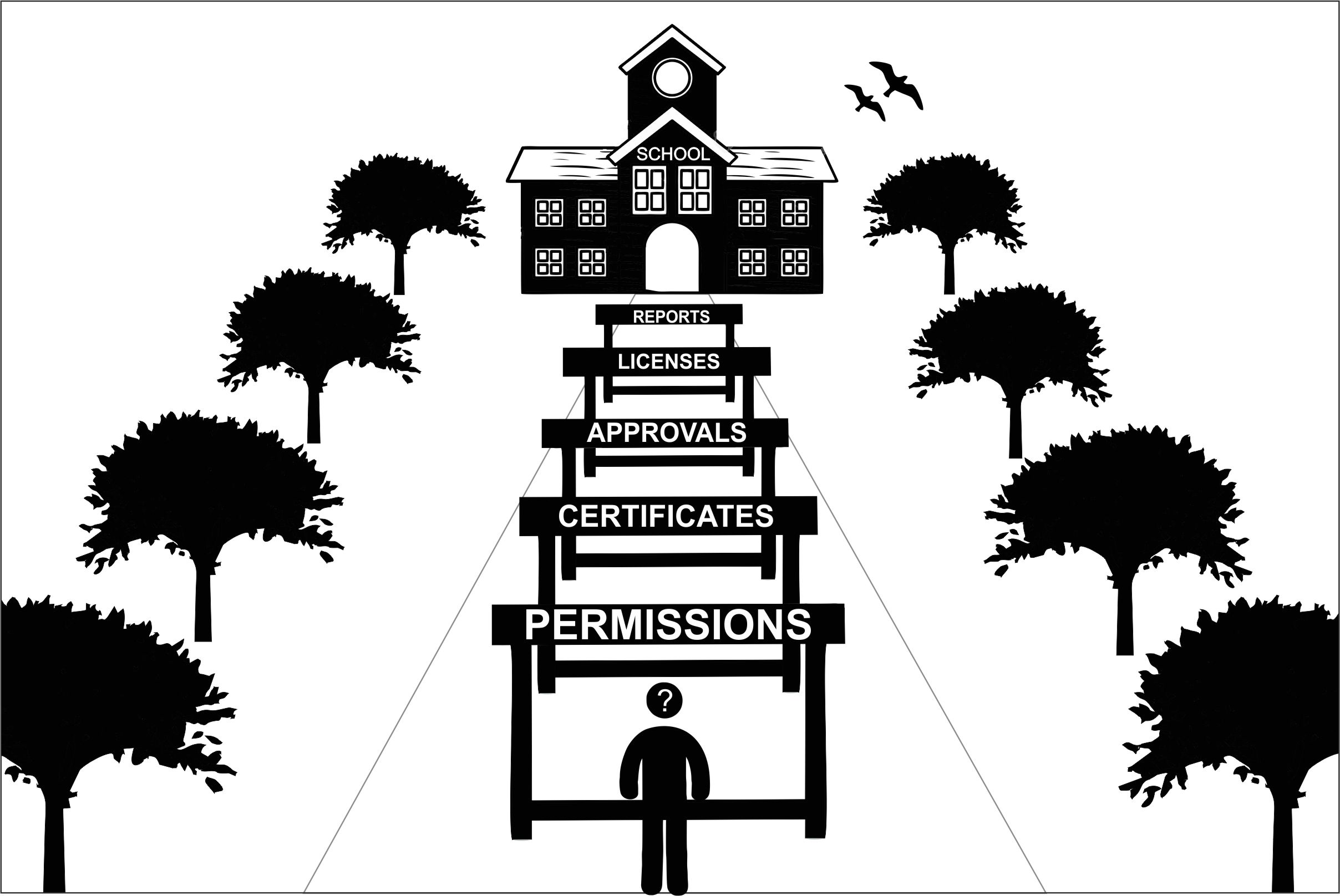 This summer, as part of Researching Reality internship at CCS, we set out to understand and document the procedure and time taken for opening a private school in Delhi. Our ‘model’ school was a private unaided non-minority middle school, operating in an authorised area. Digging-up the procedure to open a school and its various intricacies sounded simple enough. We anticipated a clear-cut outline of all that needed to be done. However, through the first two weeks, we found out this was not the case.

The Delhi School Education Act and Rules, 1973, the Right of Children to Free and Compulsory Education (RTE) Act, 2009, Delhi RTE Rules, 2011 as well as literature that we referred to, gave us a basic outline of the procedure and various certificates and licences needed to open our model school. The rule-sets laid out three critical requirements: 1. Essentiality Certificate (EC), Scheme of Management (SOM) and the Certificate of Recognition. Our next step was to collate all the documents necessary for obtaining each of these certificates and record the actual time taken to acquire these.

To begin with, we tried to get in touch with school owners of newly opened schools in Delhi but faced two problems. First, hardly any middle schools opened in the last 5-10 years. Second, the schools that we could manage to access were operating in unauthorized areas.

We decided to change our approach and visit the Directorate of Education (DOE) to examine the files of schools that had applied for an EC, SOM approval or Certificate of Recognition. We hoped to get an idea of all requirements for opening up a new school through this route. But, there was no clarity on where we would find such files.

We visited the DOE to ask for the school applications, assuming that all files would come there at some point. This turned out to be no simple task because what we were demanding was not information on the general procedure but access to files that included all information about the schools and the manner in which the DOE dealt with them. More often than not, we were dismissed because we were students and it was unsafe to provide us with such information.

After a lot of persuasion and persistence at the Private School Branch (PSB) of the DOE, we got our hands on checklists that inspecting officers used while processing applications. To gain approval for an EC, a school application had to go through a 30-point checklist; for a SOM approval, a 16-point checklist; and for securing Certificate of Recognition, a 90-point checklist. While these checklists gave us a detailed picture of all the documents and other criteria required for acquiring all three certificates, we still needed to understand the time it took to process the school applications and their movement within the DOE. We could only get this information from actual application files.

We found out that most application files that had been granted an EC or Certificate of Recognition rested at their respective District office. So we covered almost all District offices in Delhi, but all in vain. All offices demanded a permission letter from the Director, which we had not been able to secure.

With just two weeks left in our program, we were desperate. We started going back to the DOE for information. After repeated visits, we found that although the files of approved ECs and Certificates of Recognition ended up at the District offices, there were a few files pending approval available at the PSB. By this time, the staff at the PSB main office were familiar with our haggard faces, and so finally (in the last week of our program) let us access certain in-process applications. At last, we were able to trace the movement of the files within various offices and between officers (Figure 1).

We embarked on our research expecting a straightforward process for opening private schools in Delhi but instead, spent two months scuttling from one government office to another. While we were astonished to find such a lengthy and inefficient system for opening schools, we were equally surprised to face the unwillingness of government officers to divulge information. Ease of opening schools had not been as easy a question to answer as we had thought it to be.