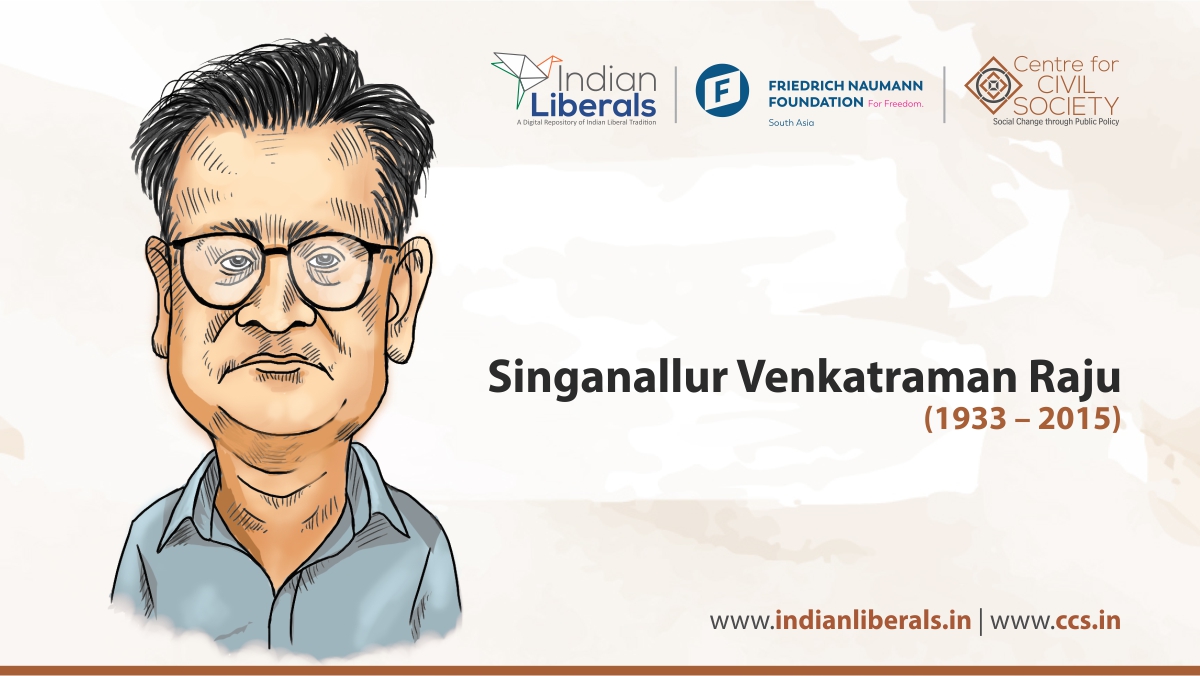 SV Raju was an Indian liberal public figure, Swatantra Party member, builder of liberal organisations, a close friend to Minoo Masani, and one of the lone dissenters of central planning. His lifelong commitment to liberal causes was striking in the context of India’s public discourse dominated by statism of both the Left and Right variety. Raju closely collaborated with BR Shenoy and Minoo Masani in running small organisations promoting liberal ideas to the English-speaking audience. He single-handedly edited the Freedom First magazine; and preserved the crucial documents of Swatantra Party’s Central Office at Bombay. On his death in 2015, one of India’s foremost liberal farm leaders Sharad Joshi published a tribute to Raju which is reproduced here.

I strained my memory as much as I could but still, I have difficulty in remembering when I met Mr S. V. Raju in the first place. Later on, I have seen him at so many places in so many roles but I really don’t remember where I saw him first. But, if my memory is correct, I think, I saw him first when he came to Ambethan driving from Mumbai on his own with his lieutenant Mr L. R. Sampatand a bagful of documents and literature of the SwatantraParty and Mr Minoo Masani’s “Open letter to my younger friends” in January 1994.

In 1991 some of the members of our Shetkari Sanghatana contested the Maharashtra State Assembly Elections on the symbol of the Janata Dal; five of them won. Shetkari Sanghatana advocates the system of the free economy right from its beginning. In the period of association with the Janata Dal, our MLAs gradually realized that the Janata Dal does not support the system of a free economy. So, in 1993 the five MLAs separated from the Janata Dal and formed an independent group in the Assembly. To strengthen our fight for farmers’ freedom by political representation, we were in search of a party that is truly liberal and, side by side, were preparing to form one. In this process, I remembered Rajaji’s SwatantraParty that had challenged Jawaharlal Nehru’s socialism effectively in the 1960s. We searched whether the party was still in existence. One of our MLAs found that Mr S.V. Raju, under the blessings of Mr Minoo Masani, had kept the seed of Rajaji’s Swatantra Party alive to be planted in a suitable fertile field whenever it is found.

And that made Raju rush to Ambethan in January 1994. The Shetkari Sanghatana was doing quite well at that time. We had already worked out its basic philosophy. The one stumbling block was who was to fix the agricultural prices. We could not trust any government body to fix them. The only solution was the open market; in the open market, the equation that the average cost is equal to the average revenue provides the best estimate of the cost of production. It was in this rugged way we became freemarketists.

The Swatantra Party had practically perished for various reasons. It was Raju’s privilege to preserve its seed and plant it wherever it is possible in various forms and organizations established and promoted.

I was fairly articulate in putting down all that I said when Raju and Sampat first came to Ambethan. I argued my case fairly strongly and, I think, Raju was quite impressed. One thing he appreciated about Shetkari Sanghatana was that, while Swatantra Party had seen stalwarts like Rajaji, Minoo Masani, N. G. Ranga, they were all loners while Shetkari Sanghatana had, on a number of occasions, gathered masses of five to six lakhs.

As a first step, Raju arranged to publish a collection of my articles titled Answering Before God through the Project for Economic Education (PEE) of which he was the Executive Director. At the same time, he helped us in organizing a meeting of Swatantra Bharat Movement, the founding gathering of Swatantra Bharat Paksha (SBP) on28th May 1994 at the Bharatiya Vidya Bhavan, in Mumbai where Minoo Masani was present, thanks to Raju. At that meeting, Advocate Ram Jethmalani could not agree with us on the exact meaning of the word socialism – the inclusion of which we tried to oppose in the Preamble of the Constitution. Jethmalani was of the opinion that socialism could be interpreted in a hundred and one ways and we should not insist on a strict rigid interpretation.

Raju was present at the Nagpur Convention of the Shetkari Sanghatana held in November 1994 where the Swatantra Bharat Party (SBP) was formally founded and the decision to contest Maharashtra State Assembly elections under SBP was taken.

Raju did not flee away by just planting the seed at Nagpur. He also helped us in contesting the Assembly elections in 1995 under SBP by doing all the office work that a secretary of a party is expected to do. Both Raju and Sampat guided our newborn party. We had issued an appeal to over 200 people requesting them to join the party. Unfortunately, many of them agreed initially but later on, for one reason or another, walked out. We had used the publicity material and the cartoons that Raju had prepared for the Swatantra Party, which were greatly useful for the purpose. We lost the election but were determined to keep the flag of free economy flying.

I have seen Raju in so many roles. He was convener, Indian Liberal Group, Executive Director, Project for Economic Education, Editor, Freedom First, and many others. It was on Raju’s insistence with the Friedrich Naumann Foundation that I represented the Indian Liberal Group at the meeting of the International Liberal Organization held in Germany.

Raju always had a deep sense of affection for me. He valued the quality I had of gathering masses. He tried to supplement this by exposing my views to non-agrarian sectors. He helped us in organizing a workshop on Economic Reforms and Agriculture at Pune in November 1995 where renowned economists including the then finance minister, Dr Manmohan Singh were present.

Later on, when I was MP in the Rajya Sabha, he continued to show a keen interest in what I was doing and writing and would specifically ask for my articles ranging from subjects like euthanasia to women’s reservation bill (where I was the only MP to vote against the bill a fact which Raju appreciated), as also my proposed amendment to the Constitution that the word socialism be removed from the Preamble of the Constitution. In fact, the SBPhad also faced difficulties in registering itself as a political party owing to this provision in the Preamble.

I do not know in what way I will be able to repay Raju’s affection and kindness for me.

The original article can be accessed here. 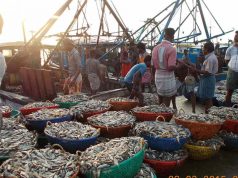