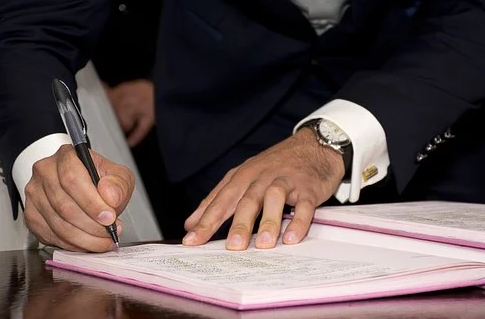 India needs a political system enabling dozens of politicians to prove their capabilities as mayor of cities, some of which have populations of tens of millions, more than that of many nations. Successful mayors should compete to become chief ministers, and then national leaders. A good model would be Indonesia’s president, Joko Widodo. He was a teak businessman who joined politics and became mayor of Surakarta. Gaining recognition as an excellent mayor, he got elected as governor of Jakarta in 2012, and as president of Indonesia in 2014. India needs similar political ladders to facilitate the political rise of people of proven capability, unrelated to dynasties.

I wish the 15th Finance Commission, which has just submitted its report, had used it to push for the creation of powerful, empowered mayors. India’s Constitution mandates the appointment of finance commissions (FCs) every five years to recommend how central government revenue should be shared with the states. In recent decades, FCs have also started recommending a share of revenue as grants to local bodies, rural and urban.

The share of urban bodies in devolved funds has risen from 0.78% of the divisible revenue pool in the report of the 11th FC to 4.3% in the current one. The 15th FC’s urban devolution is ₹1,21,000 crore over five years, a substantial sum.

The FC rightly views cities as engines of future development. India is often called mainly rural. The census says barely 30% of the population is urban. But the census definition of towns is highly flawed. India has ‘villages’ of 10,000 people, while other countries have ‘towns’ with under 1,000 people. Using a broader definition of urban characteristics, the World Bank says 55% of India’s population can be considered urban. Hence, decentralization should focus more on municipalities than rural panchayats.

The 15th FC has devised a mix of unconditional and conditional transfers. Global experience shows that unconditional grants induce local bodies to abolish or reduce their own taxes so that the aim of increasing local body funds is foiled. Matching grants — those linked to local revenue collection — are a good way to avoid this problem, but the15th FC does not do so.

Instead, it recommends a mix of unconditional grants and those linked to national priorities like drinking water, water harvesting, and sanitation. For large cities with more than one million population, the FC has recommended additional grants worth ₹38,196 crores through a Million-Plus Cities Challenge Fund, linked to performance benchmarks for air quality and other such parameters.

Ideally, one condition should have been the creation of empowered mayors with large financial resources. That is too politically sensitive to be done in one step and is better done by a series of nudges. The 15th FC has castigated many states for not appointing state finance commissions (SFCs) to devolve powers and revenue to local bodies, as mandated by the 73rd and 74th amendments to the Constitution. Many states have not done so because state-level politicians want to monopolize funds and the associated power, and not share these with local bodies that may throw up inconvenient political rivals.

Without devolution of funds, staff, or administrative and tax powers, many cities have been poorly managed. Many municipalities have been superseded by state governments, and others are obliged to use state-level bureaucrats, who are more answerable to state capitals than city governments.

The 15th FC suggests cutting off funds to states that fail to appoint SFCs to devolve funds and powers. This should accompany serious reform of property taxes, which in India are abysmally low, with vested interests conspiring to keep it that way. In many countries, property tax can be 1% or more of market value. In India, it is often1/100th of this.

The Economic Survey 2017-18 suggested property tax rates of zero for houses with one room, 0.1% for two rooms, 0.2% for three, four, and five rooms, and 0.3% for six and above rooms. It estimated house tax potential at ₹42,160 crores for rural areas and ₹23,184 crores for urban areas. The Survey imputed the same valuation per square foot in rural and urban areas, a phenomenal underestimation of urban tax potential.

The15th FC recommends floor values below which house tax should not fall. A better system would be matching grants. If property tax collected by cities is fully matched by additional grants from central revenue, resistance from vested interest can be overcome.

But more important than technical fixes for city administration is the potential of using empowered cities to nurture elected mayors who can progress to top political heights based on performance and not family links.

This article was originally published in The Economic Times on Feb 09, 2021.

Read more: Where Are The Women: Understanding The Interlinks of Gender Data Gap and Public Policy

Unboxing the e-Vidya Scheme for Learning