The State has for very long had a strong presence in the agricultural markets in India. When the government recently passed the ordinances related to Essential Commodities Act, contract farming and APMCs, it fulfilled the long standing demand by agricultural experts and farmer organizations like Shetkari Sanghatak of freeing up the Indian farmer from State control.

The beginnings of this State control of agri-markets goes back to the agrarian reforms undertook by the government in the 1950s. Though they had the noble intention of doing away with the exploitative class of ‘absentee zamindars’, they led the way to a slippery slope which climaxed with the nationalization of wholesale trade in wheat in 1973. Expectedly, the move failed spectacularly and had to be recanted.

In this article published in the May edition of Indian Libertarian, Shri M. A. Venkata Rao criticizes the agrarian ‘reforms’ of the government as uncivilized and tyrannical. He is prescient when he writes that this move will only replace zamindar’s exploitation with State’s exploitation and the Indian farmer will be worse off. Read on:

The Zamindari System has been abolished by law i.e. by force. Though there is a case for such abolition of the artificial class of revenue collectors for Government (created by the British long ago as a convenience of administration in Northern India,) there is none for the manner in which it was put through under the impulsion of ill-digested slogans. The guiding slogan was furnished by communist technique, namely “land to the tiller.” The appeal of the cry derives plausibility because of the idea that there should be no middlemen or at least, unnecessary middlemen, between the cultivator and the State. It is a question whether the class of Zamindars was really one of unnecessary middlemen. However, the great harm that the measure did to the stability and progress of society flows from the blow it gave to the institution of private property. Socialism and communism are committed to the abolition of private property, and it was in pursuance of socialism that the Zamindari was abolished with inadequate compensation.

The basic idea of socialism, namely the abolition of private property is inherently wrong. What is necessary for progress is only the limitation of private property to prevent monopoly and unjust use or non-use. If the Zamindar was not able to cultivate all his lands, or was unable to afford the capital necessary for improved methods of agriculture, all that was necessary was to create institutions like co-operative societies to· make such facilities available. And to help those who were able to cultivate land, but were unable to obtain it on account of the paucity of such land, open to purchase on the free market, the State could have imposed ceilings above which lands were to be sold compulsorily to peasant bidders at the market rate. Land mortgage banks could have paid spot cash to Zamindars, recovering it with a low rate of interest from the purchaser over a long period of time. This was the Danish way of redistribution of land. It was a civilised way without the destruction of property rights in toto and the destruction of a whole class.

To read the full article, visit page number 5 on the link here. 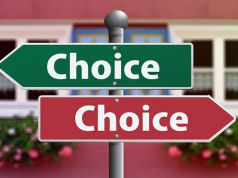 There is no political freedom without economic liberty