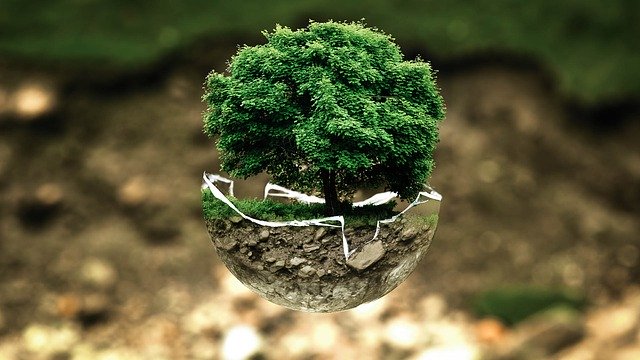 From spotting dolphins in the canals of Venice and peacocks on the streets of Mumbai to finding roads without pollution emanating vehicles, various newspaper headlines have been proclaiming that nature is healing. Humans are termed as the virus, as opposed to Covid-19, who continue to destroy the environment for their greed. Without delving into their veracity, it is important to note that such arguments romanticize the notion of the environment. It portrays environmentalism as an ideal goal that everyone must strive for. As it is placed on a pedestal, morality seeps in and protecting the environment becomes a virtue. This, in turn, leads to negligence of fundamental issues and oversimplification of complex ones. Human activities and environment are seen as prosecutors and defendants perpetually pulling against each other.

This view of environmentalism distorts the way we analyse policies. Environmental policies are only seen as either black or white i.e. for development or environment. This can be further argued while analysing the Aarey Movement that took place in Mumbai in 2019. In October 2019, the Bombay High Court dismissed four petitions and allowed tree cutting in 30 hectares of Aarey land to accommodate a car shed for Mumbai Metro Line 3. The petitioners had questioned the propriety and legality of the BMC Tree Authority’s permission for the tree-felling and asked for Aarey to be declared a flood plain and a forest. Activists argued that construction of the car shed would pave the way for greater commercial exploitation of the area. The complex ideas of the environment and urban transport system was quickly reduced to trees vs. metro narrative. As Sulakshana Mahajan explains in her article, the Save Aarey movement was single-mindedly focused on the loss of trees. It failed to take into account a holistic view of Mumbai’s urban transport which is strained and poor. The inadequate infrastructure leads to an increase in the number of private vehicles which has an adverse effect on air quality. However, such an in-depth analysis does not reach the public who protest keeping in mind a narrow binary. The romanticization of the environment strives to separate the environment from human actions. It sees environmental problems as consequences of human violations. It does not allow us to see the inextricable link between human development and environmental conservation. Matt Ridley writes ‘ What is really making a positive dent in the environmental arena is the unintended effects of technology rather than nature reserves or exhortations to love nature’. He has pointed out that technological advancement has led to land sparing which allows us to produce from less land and leave more for forests and wilderness. We must understand that human actions do not inherently go against the environment. Humans have innovated in the field of technology due to necessity and with the drive to earn profits. However, we can focus on higher ends only when our basic needs are satisfied. Developmental activities lead to growth, higher capita incomes and better infrastructure. As individuals in such societies have a higher standard of living, they do not have to worry about food, clothing, shelter or security. They are free to pursue goals such as environmentalism, technological advancement, etc. Such pursuits are more common in countries which are economically free.

The romanticization of environmentalism leads to another problem. As it places the environment on a pedestal, the only acceptable actions that aim at conserving the environment must be altruistic ones. It fails to recognise self-interest as an important incentive. This affects policymaking and analysing. It does not see individual and private interests coinciding with environmental conservation. Through discussions that have taken place in e-colloquiums, webinars and classes that I have attended, it has become increasingly clear to me that the interests of private companies are seen diametrically opposite to environmental conservation. The generalized view of markets and private companies is that it only aims at generating profits and in this process pays no heed to the environment. However, there are several examples that prove this assumption wrong. Godrej owns several hundreds of acres of land in the eastern suburbs of Mumbai. This land is home to thousands of mangroves which absorbs nearly six lakhs tonnes of carbons. It is one of the largest private mangrove forests in the State. Moreover, markets and individuals can be effectively incentivised to reduce their carbon footprints. The United States Environmental Protection Agency (EPA) published a report in 2001 assessing the role of economic incentives to encourage companies to adopt greener practices as opposed to governmental regulation. The report states that incentives often generate beyond what is possible for traditional regulations. The economic incentives that have been mentioned are pollution fees, emission permit fees, carbon tax, subsidies, imposing liability for natural resource damage, etc. The savings from economic incentives reach $45 billion annually. The role of the government becomes important as the market fails to prevent externalities. However, the government must be present to set the rules of the game not regulate it. Though individuals may not have a favourable view of the government, they still demand active intervention. This has led to an increase in bureaucratic apparatus which is largely inefficient and corrupt.

Our romanticized idea of the environment is a relic from the past. Neither can we go back to that idea nor is it desirable. Humans are a part of nature and their demands cannot be isolated. Human development and environmental conservation are linked and thus, our future policies must involve meaningful trade-offs. We must aim at formulating policies that incorporate ideas of sustainable development. In order to bring about sustainable change, we must examine the role of the markets in being a catalyst for economic development and environmental preservation.