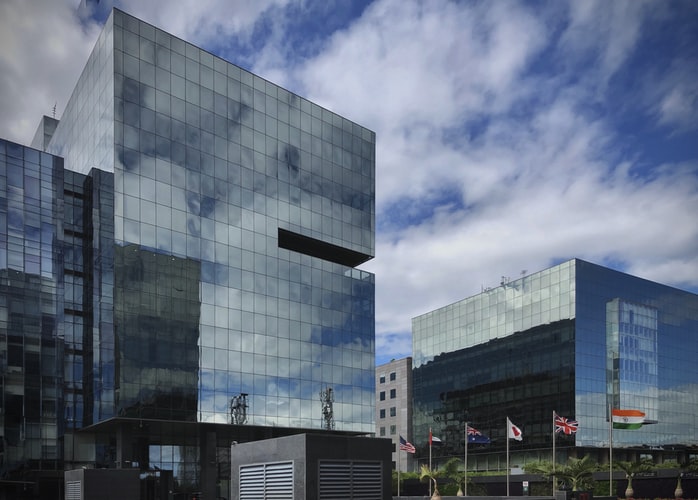 Many believe constant claims by Opposition parties and leftist journals that our economy is dominated by two-Modi-friendly conglomerates. Rubbish. A research paper by Neelkanth Mishra of Credit Suisse reveals India has spawned 100 “unicorns”—unlisted new companies worth over a billion dollars each.

Never before has India witnessed such a broad-based upsurge of massive new businesses unconnected with old wealth, political contacts, or dirty deals with public sector banks. The unicorns have raised billions of dollars from global investors keen to invest not in venerable names but newcomers with ideas capable of dominating the 21st century. The investors know that many unicorns will fail, but enough will succeed to make their investment profitable.

In the bargain, they are giving opportunities unknown in history to entrepreneurs earlier shut out of big business for want of capital, contacts, and bribing capacity. This does not mean the newcomers are Yudhisthirs who have never sinned. But it does mean old businesses are being challenged by a veritable explosion of new entrepreneurs backed by global billions. Earlier, challengers started small and grew slowly. Today they can explode from nothing to a billion dollars in a few years, threatening all existing giants.

Earlier, financial experts estimated that India had 30-50 unicorns. Credit Suisse used a slightly different definition, including firms valued at at least $1 billion in a recent round of funding; companies where, at the average multiple of similar firms, operating profits of newcomers would justify a billion-dollar valuation; and companies where business momentum had risen so strongly since the last round of funding that a fresh round would have a valuation of one billion-plus. Credit Suisse excluded subsidiaries of existing companies and firms that once rode high but had subsequently slipped in momentum. This gives it credibility.

Some unicorns are famous. The Serum Institute of India is the world’s biggest producer of vaccines. Flipkart sold its e-commerce business for $16 billion to Walmart. But few readers know other names like Wonder Cement, GRT Jewellers, Greenko, Digit, or Chargebee. Ask Credit Suisse for the full list.

Two-thirds of these unlisted unicorns started after 2005. They are very diverse, covering not just IT and e-commerce but more humdrum areas. The fastest growth is of Software-as-a-Service, including gaming, new-age distribution and logistics, modern trade, biotech, pharmaceuticals, and consumer goods. Unicorns are just the tip of a fast-growing pyramid of 80,000 start-ups, one-tenth of new companies formed every year.

Their ambitions are stunning. Ola Cabs, famous for transport, also plans the world’s biggest electric two-wheeler factory of 10 million vehicles. The dream may fail, but what a dream!

SEBI, India’s stock market regulator, is pathetically obsolete in rules and outlook. An Initial Public Offering enables companies to list shares on stock exchanges. For this, SEBI has dozens of onerous conditions, including profits in three of five preceding years. But giants like Amazon and Facebook made no profits for years, even as their value soared because of their potential. Many Indian unicorns too have never made a profit and would not qualify for a stock market listing under SEBI rules.

SEBI focuses on saving Indian household investors from crooks, not on nurturing unicorns. Had India been dependent only on local money and SEBI, it would not have 100 unicorns with hundreds more raring to go. Luckily globalization has enabled unicorns to sidestep local rules and red tape. Brand new companies with great ideas but no profit record are viewed by global investors as potential giants rather than potential crooks (as SEBI does).

This is not a bubble about to burst. The world has created massive new pools of private capital in recent decades from venture capitalists and private equity funds. It is now witnessing the explosion of a new species — SPACS, or Special Purpose Acquisition Companies. These raise billions from private investors (including the most illustrious financial names) with no specified investment targets or strategies, which is why some call them “blank-cheque” companies. They are free to search the world for good investment opportunities. In 2020, 248 SPACs in the US raised $83 billion, and in January 2021 alone, they raised $26 billion. SPACs can finance promising newcomers without the onerous, expensive route of an IPO to get listed on stock exchanges. Once, a stock market listing was essential for reputation and large-scale financing. Not anymore.

Most unicorns are owned overwhelmingly by foreigners. Indian promoters typically have only a small shareholding. In the US, Facebook CEO Mark Zuckerberg issued shares to others with reduced or zero voting rights, enabling him to raise billions without losing control over his company. India needs to go the same way. Nirmala Sitharaman, please pay attention.

This article was originally published in The Times of India on March 14, 2021.

Is it time for a Vajpayee moment in Indian telecom?