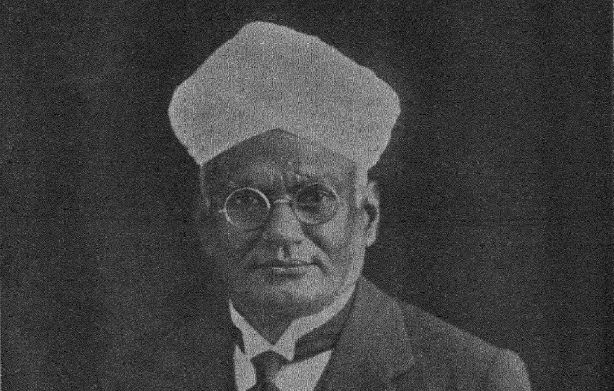 For some pundits, it may not be so strange to take deep dive into history in distress to learn and understand the hue and cry of some of the current issues like the financial sector crisis in India or the Coronavirus pandemic. History is witness to great thinkers and scholars’ magnificent works which invariably help us to understand the history towards building better humanity in years to come but not without uncertainty. Alas, the epidemics of distorted history and some of the forgotten history of Indian economic thoughts have been the phenomenon for several decades even after the country’s independence. One of the forgotten classical liberal scholars and noted publisher in British India was Ganapathi Agraharam Annadhurai Aiyer Natesan in Madras Presidency.

He was called GA Natesan by many and had played an immense role in the first half of the twentieth century in a different capacity. He was noted classical liberal scholar, writer, journalist, publisher, politician, freedom-fighter, and educationist. He was publisher of nationalist books, pamphlets, monographs, journals, biographies, speeches, and writings of eminent leaders both in English and Tamil languages at much lower prices for more extensive circulation intended towards the national awakening through informed debate and discussion.

GA Natesan was the one who introduced Gandhi to Tamil Nadu and South India when Gandhi first visited Madras (now Chennai) in 1915 after returning from South Africa. GA Natesan was in contact with Gandhi since 1896 while he was studying in College in Madras. Gandhi stayed at his house from 17 April 1915 to 8 May 1915. It must be noted that C Rajagopalachari or Rajaji met Gandhi for the first time at GA Natesan’s home. For more than half of the century, Natesan was very close to Gandhi personally even before Gandhi returned to India. Still, he seldom agreed with his ideas and thoughts on politics and freedom struggles for varied reasons.

After Gandhi’s revolutionary passive resistance movements embarked against British Raj, GA Natesan left the Congress Party. He became the First General Secretary of National Liberal Federation of India, a Liberal Party founded in 1918 by VS Srinivasa Sastri and other like-minded liberals who believed and fought freedom movements through constitutional methods as envisaged by MG Ranade and Gokhale. Natesan was Secretary of Madras Branch of Liberal Party from 1922 to 1947 and had played a significant role in promoting liberal ideas among the educated class.

GA Natesan was born on 25 August 1874 in Ganapathi Agraharam village in Thanjavur district in Madras Presidency, now part of Tamil Nadu. He was schooled at Kumbakonam and went for his higher education at St. Joseph’s College in Tiruchirappalli. He completed his BA in 1897 from Presidency College, Madras. He lost his father when he was two years old and was brought up by his elder brother Vaidyaraman. The latter had a profound influence on him and sent him for higher studies to Glyn Barlow, an Irishman and well-known editor of Madras Times for an apprentice in journalism.

After a short period, GA Natesan joined his elder brother Vaidyaraman in press and publishing activities and founded a company called GA Natesan and Co. in 1897 as proprietor. Soon, along with his brother, he started a monthly journal called the “The Indian Politics”, edited by him. The journal advocated the use of constitutional reforms to attain freedom.

In 1900, GA Natesan started another monthly journal called “The Indian Review” which was published and edited by him for about five decades till his death in 1949.  In a short period, the journal had become a voice of intellectuals on all significant public matters across India and England for its informative and instructive contents. The journal had literary reviews, illustrations, and sections on economy and agriculture among others. The journal had published materials on all major issue during the Indian Freedom struggle. It had a detailed analysis and included diverse opinions and commentary. Some of the early contributors to this journal were PS Sivasamy Aiyer, RC Dutt, Gokhale, CP Ramaswamy Aiyer, VS Srinivasa Sastri, V Krishnaswamy Aiyer, and Gandhi.

The Indian Review had a highly praised editorial note by GA Natesan. The note provided a comprehensive review of all aspects of national progress, reflecting Indian thinking and ups and downs of the freedom movement. The journal was published continuously even after Natesan’s death till 1962 by his family and then through different hands, finally ending publication in 1982. GA Natesan was the first person to publish a book on Gandhi in 1909 titled MK Gandhi: A Sketch of His Life and Work by HSL Polak. The publication house of GA Natesan and Co. published any content that could awaken the educated class in India to achieve freedom from the British through constitutional methods. GA Natesan had published most erudite and thought-provoking articles and books for several decades.

Apart from his publishing business, GA Natesan had a versatile personality, and he actively participated in the freedom movement and discussions with elected officials of local and national governments. GA Natesan was nominated as Non-Official Member to the Council of States in 1923. He also served another term up to 1931. During his tenure as a Member of the Council of State, he served as Member of the Indian Delegation to the Empire Parliamentary Association in Canada in 1928. He was also a member of the Indian Iron and Steel Tariff Board in 1933-34.

GA Natesan served as Councillor in the Corporation of Madras for more than a quarter of century initiating the accountability through reforms and professional bureaucracy. He was continuously elected, sometimes unopposed, to the Madras Corporation and made remarkable progress in improving public services. He also served as Fellow, Member of the Senate, and Member of the Syndicate of the University of Madras for a quarter-century and opted out voluntarily. During this period, he brought several reforms to improve the quality of education and accountability of administrators.

In 2015, Prof Prabha Ravi Shankar wrote a biography on GA Natesan and National Awakening. The work focused mostly on Natesan’s association with Gandhi rather than a comprehensive study of his distinctive contributions made in his life in struggles for reforms in education, public services, and constitutional provisions including safeguarding for the poor people both in India and South Africa. Similarly, Ramachandra Guha in his book on Gandhi Before India merely stated that GA Natesan was reformer without explaining in detail some of his vital contributions.

In 1917, Natesan wrote a book on “What India Wants: Autonomy Within the Empire” presenting the case for liberty, freedom, self-government through constitutional reform and urged for providing opportunities to educated Indians in all branches of the British government. Gandhi, PS Sivasamy Aiyer, and VS Srinivasa Sastri wrote forewords to the book which presented with historical views of various Indian and British intellectuals who voiced for advancing the complete freedom from British for various countries including India. In the preface, GA Natesan noted that – “I have also endeavoured to show that the constitutional reforms now urged by the Indian people through their leading political organisations are in the line of continuous growth of the Indian polity and involve no violent departure from the principles or methods hitherto recognised by authority”. He believed that maintaining law and order, by all means, is a must for any government in society. Therefore he strongly opposed Gandhi for provoking the country towards civil disobedience movement.

GA Natesan edited numerous books on Indian affairs of the British government, its policies, and constitutional reforms. It is interesting to note that Natesan had documented the contentions views of many top leaders of different political establishments marvellously through the edited books apart from the monthly journal of The Indian Review.  In 1917, he edited and wrote the introduction for“Indian Demands: A Symposium On The Memorandum Of The Nineteen And Speeches At The Congress & Moslem League On Their Scheme Of Self-Government For India”. Natesan noted that –

“in any scheme of Imperial Federation, India should be given, through her chosen representatives, a place similar to that of the Self-Governing Dominions; that the Provincial Governments should be made autonomous; that a full measure of local self-government should be immediately granted; that the right to carry arms should be granted to Indians…; that Indians should be allowed to enlist as volunteers and units of a territorial army established in India and, lastly, that commissions in the army should be given to Indian youths…” It must be noted that the apex leadership of Congress was divided on the provisions of the reform of the Montagu-Chelmsford Scheme.

Another significant book he edited with an introduction is “India’s Goal – Constructive Criticisms by Leading Indians On the Montagu-Chelmsford Scheme” in 1918. It included chapters by Gandhi, Jinnah, and Srinivasa Sastri, among others. The primary constitutional reforms of 1918-19 opened debate about the nature and character of self-government, a responsible government, and self-governing institutions at the provincial and federal government levels. Also, the discussion stressed on eroding of the village panchayat system of governance across India and emphasis for revival. The critical reforms brought out by the Montagu-Chelmsford Report emphasised several historical changes such as Indianisation of administration and services with 33 per cent reservation which was only 8 per cent before the reforms. In 1918, Natesan also edited a book on measures to be taken after World War I for taking forward of the constitutional methods for reforms and freedom movement.

GA Natesan was a pioneering publisher of invaluable multidisciplinary literature and played a major role in the freedom movement especially educating people on alternative ideas to the mainstream party of the Indian National Congress through the Liberal Party and other forums. He had varied interests and championed several causes both within the country and abroad. Natesan was active even days before his death on 29 April 1949 at the age of 76. He was one of few liberal leaders of freedom movements that got to observe Independent India briefly.