Home Essays Domestic Violence: A Pandemic in itself? 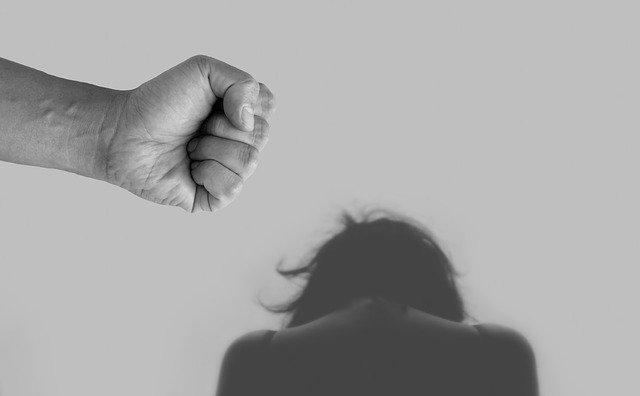 The exponential rise in the incidences of Domestic Violence cases across the world since the outbreak of Covid-19 garnered so much attention that UN Secretary-General Antonio Guterres appealed to governments to address the “horrifying global surge in domestic violence”. Guterres pointed out that “for many women and girls, the threat looms largest where they should be safest: in their own homes”. Research by the World Health Organisation has detailed the devastating consequences of Domestic Violence on women’s physical, mental, sexual and reproductive health.

All governments have been urged to make the prevention of violence against women a central part of their COVID-19 national response plan. UN Women have expressed their concerns that DV is itself a ‘shadow pandemic’ and we need a global collective effort to fight it.

How Covid-19 Lockdowns have exacerbated the existing situation

UN Women has found that the nationwide lockdown has ensured factors such as movement restrictions, cramped living conditions, disconnection from networks of social support and reduced interaction with family, friends and neighbours. In turn, this has meant that women and girls are spending extended amounts of time trapped in isolation with their abusers.

The National Commission of Women (NCW), has found that in India, the number of Domestic Violence complaints has doubled from 123 distress calls to 239 DV complaints from March 23rd, 2020, to April 16th 2020. When comparing the rates of complaint from the previous year, the NCW received 607 DV cases between March to May 2019, compared to 1,477 cases in 2020. In data provided by Kolkata-based NGO, Swayam, who released a #StopDomesticViolence campaign in June, there were 22 complaints of DV violence received on average per month before lockdown, which increased to 57 complaints per month through emails and helplines. In addition, DV shelters are either closed or full, and helplines have reached maximum capacity.

This data clearly shows that there has been a clear rise in Domestic Violence cases amidst the nationwide lockdown. Many women who are victims of DV violence on a daily basis are more vulnerable during such lockdown periods. Covid-19 lockdowns mark a significant turning point in our discussions about how we might respond to the alarming problem of domestic and gender-based violence.

The Problem of Governmental Interference

Almost all solutions to address the problem of Domestic Violence cases in India have called for harsher punishment and more extensive governmental interference. However, there has been much evidence to suggest this response has failed to be effective; as it does not address the deeper motivating sentiments of the problem. Such calls fail to address the entrenched system of gender inequality and patriarchy, which is firmly embedded within the fabric of Indian society. In addition, governmental interference has been found to actually worsen the existing problem of gender and sexual-based violence in the country. Though the intended aims of calls for greater governmental interference might be to protect the welfare of women and girls’, it may have the unintended consequence of placing them in even greater danger.

Victims’ fears that state and police involvement might escalate perpetrator behaviour and make them feel less safe are widespread. The consequences of this fear are serious, as it can lead to underreporting of cases, known as the “dark figure of crime”. In many cases, this is due to the fear of social stigma. In addition, there are differing definitions as to what “domestic violence” actually is, which means that the labelling of the term can change depending on who is using it, and risk becoming politicised. Indeed, state interference might tend to combine all the experiences of women and girls and fail to provide an effective solution for the different types of abuse that they experience. Generalised solutions will not work.

Ultimately, calls for increasing governmental interference to solve the problem of DV have failed to be effective. Any discussion of domestic and sexual in India must be considered within the broader debates of perceived male superiority and cultural inferiority of women, which has led to the culturally sanctioned degradation of women. It is critical that policy and practice recommendations move away from ineffective solutions which have repeatedly been proven not to work, into better solutions which can provide more choice for women and girls in the country.