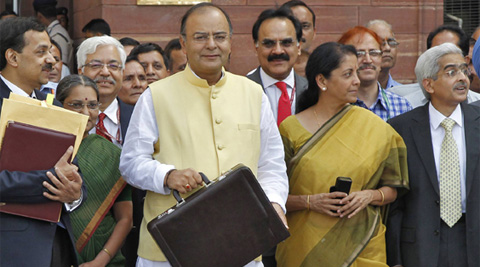 Union Budget 2016-17 has clearly come out with greater focus on quality of higher education in the country. Handful of new schemes, both for Higher Education and Skill Development, testify government’s commitment towards leveraging the demographic dividend of this country. With a meager increase of 1368 crores in school education budget, one may conclude that school education has received lesser attention in terms of new budgetary provisions or schemes in Budget 2016-17. However, Hon Finance Minister’s acknowledgement that the quality of school education matters, followed by the announcement that Sarva Shiksha Abhiyan will focus more on quality of education must be welcomed. This is a significant change from previous budget discussions which concentrated largely on building new schools or creating school infrastructure with little to no focus on actual quality of education. One key component in enhancing quality of education is assessments, which do not seem to appear in this year’s budget discussion. This is alarming particularly when MHRD, in previous two budgets, even after allocating a small amount (Allocated budget of INR 50 Crore in 2015-16) for assessments has not managed to fully utilize the allotted funds. As the saying goes, what cannot be measured, cannot be improved. It is important to evaluate quality through large scale assessments before resolving to improve it in the months to come through SSA or any of the other institutions.

While it is tempting to call out Hon Finance Minister on his silence on school education through his budget speech, it is important to note that gross budget allocation for education sector has shown marginal increase (INR 1368 crore) from the previous year’s revised estimates. This is assuring when seen together with Minister’s comment on quality of school education. We hope that the revised focused on quality will also help overcome the challenge of access as reflected by alarming drop-out rates at both elementary and secondary education stages. The challenge in this year’s budget is primarily in terms of approach to funds allocation for school education. Looking at the budget allocation for SSA which has increased by approximately 500 crores from the previous year’s revised budget estimates, it is clear that the government has continued with its traditional approach of allocating grants for institutions and not for students. This is alarming when underutilization of Prarambhik Shiksha Kosh followed by inefficient use of the budget (near 80% of the budget spent on teacher salaries) itself have plagued the education system for years.

Over the years Navodaya Vidyalayas have emerged as bright spots in government education system and the announcement this year to create 62 new Navodaya Vidyalayas can be seen as a small token of acknowledgement of the good work that these schools have been doing in delivering quality secondary education.

On skill education front two announcements stand out this year. First which must be commended is of establishing 300 career support centers. Providing counselling support to students before enrolling them in myriad of skilling programs is a step in the right direction. Second announcement of establishing 1500 multi skilling centers however raises a serious concern. Would these centers be any different from ITIs, which have essentially been the main reason for poor state of employability skills in India?

Overall the establishment of National Board for Skill Development Certification and, the provision of Entrepreneurship Education and Training are welcome moves. In terms of integration of skill education with school education, schemes such as Nai Manzil which focus on providing skill education to children studying in Madarasas need to be scaled up to all schools. While this year’s budget has remained silent on this issue, its certainly something to desire for either in one of the future budgets or in the much awaited New Education Policy.