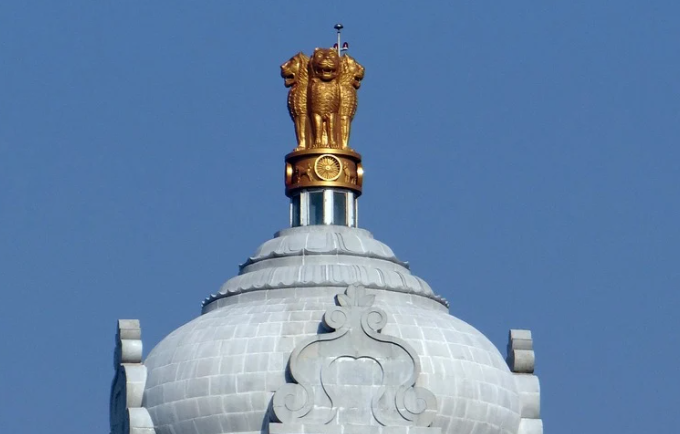 The dysfunction in Indian democracy is no longer hidden. Many, including me, believe that the Indian agricultural system needs reform and agree with the core idea of India’s farm bills, but have criticized the government for not following a transparent legislative process. While it followed the basic checklist to pass those reforms quickly, it subverted constitutional principles and the parliamentary spirit. Consider the lack of attendance and the absence of debate, deliberation, or expert committees in Parliament. The legislature has become a stage for laws to be passed in minutes. And it only takes a few days from tabling bills to receiving the President’s signature. This is not unique to the 17th Lok Sabha. It was just less visible earlier.

It started in the mid-80s, with the 52nd constitutional amendment that created rules to expel legislators who defect from political parties and de-stabilize governments in exchange for money. The amendment defined defection not just as switching parties, but also disobeying a party directive on a vote. So, legislators can lose membership of the House if they abstain or vote against their party’s whip.

This amendment has three consequences. First, it damages the legislative process because it restricts legislators from voting their conscience and representing the interests of their constituents. Second, the forum where legislators express their views has changed. All deliberations and deal-making are done behind closed doors in party offices. Third, all power is concentrated in the party leadership; individual legislators are rendered powerless. In the case of a ruling party, the prime minister or chief minister and party president hold power, worsening the already centralized nature of Indian governance. If a party has a majority, even checks by coalition partners are absent.

Over the decades, this has corrupted the processes of deliberation. When decisions are made in a party’s office, legislators stop attending Parliament or legislative assembly sessions. When each party confers with its preferred experts, legislators stop demanding parliamentary or standing committees. And if bills are introduced wholesale and voted into law in mere hours, the opposition stops preparing debates. Legislative action is predetermined and staged in Parliament or an assembly.

PRS Legislative reports on legislative assemblies are even more startling. During the 12th term of Haryana’s Assembly (2009-2014), it was in session for only 11 days per year on average, with the budget session occupying 70% of the total session time. In the remaining time, the state’s assembly passed 129 bills, all of which were passed on the same day that they were introduced. In Goa’s Assembly, on average, each bill was discussed for four minutes. In 2012, in Delhi’s Assembly, only one of the 11 bills passed was discussed for more than 10 minutes. During the 12th Gujarat Assembly (2008-12), in session for half the days as Parliament, over 90% of all bills were passed on the very day they were introduced.

One consequence of such a dysfunctional democratic process is that there is no forum left for consensus building. Constituents are left with no choice but to protest, which is an extremely important part of the democratic process and a direct line of feedback from people between elections. But protests are only good for some kinds of action, like starting an inquiry or reopening a case, or demanding repeal or ban. They have no mechanism for consensus formation or discussions on policy options. By their nature, protests foster binaries—one is either for or against protesters. Protests do not make space for the mediation of nuanced criticism or agreement.

A few months ago, in this space, I argued that farmers protesting the agricultural reforms are seeking to keep their rents and entitlements at the cost of others and that the policy is stuck in a transitional gains trap. Agriculture needs to be reformed, but that trap cannot be wished away or solved through protests. It needs deliberation, perhaps even reforms in other areas like land policy. We cannot build a consensus through protests any better than we can through a dysfunctional parliament and assemblies.

This article was originally published in the Live Mint on 16 Feb 2021,