Rohit Dhankar’s article ‘A lesson in hidden agendas’ in the Hindu is a case study in ideology masquerading as research.  He starts by saying: “Public Education System (PES) and the Right to Education (RTE) do have problems, and they need to be fixed; we need to find a way to make the system deliver in terms of better learning outcomes.” One would expect that the rest of the article would show the way to improve PES.

However, Mr Dhankar uses the classic debating tactic of shifting the ground and spends all his energy in attacking private schools.  He seems to have low respect for the readers who are expected to believe that attack on private education is same as improving state education. His approach achieves the opposite: Even after spending a lifetime in education, no credible path to improve state education can be offered; more than 60 years of reforms has made government schools even more pathetic performers.

The people, even the poor, are leaving state schools in droves. The only avenue for the defenders of state education is to attack the peoples’ choice. It is rather ironic that champions of people are compelled to denigrate the choices that people are making with their own hard-earned money. This irony is completely lost on Mr Dhankar in the glare of his ideology.  After all said and done, ideology trumps people.

The one idea he does offer to improve state education actually trivalises the problem itself. He says: “The issue of quality of education can be easily fixed in the RTE…perhaps there is a case to introduce some clauses on ensuring learning standards.” Is it just a matter of adding a few clauses in the law? How out of touch Mr Dhankar is with the reality of Indian government and the education system! Ideology also trumps reality!

Let’s look at research evidence in the article. Citing a study, Mr Dhankar says: “students in private schools are less likely to belong to low caste groups…which means that they are less inclusive.” So far so good. The next sentence says: “Therefore, the repeated claims of better learning in private schools are unfounded.” How does that follow?! The study is about inclusion not learning outcomes!

A study based on India Human Development Survey shows that students are more likely to be ‘beaten’ in government than private schools. It also points to a negative correlation between income level and the probability of punishment in government schools.  Would Mr Dhankar conclude from the study that government schools can never be improved and be closed down or would he suggests ways to deal with corporal punishment? Should we find ways to make private schools more inclusive or just condemn them to closure?

If government schools should be given time and resources to do better, why private schools not be given the same opportunity. Here’s a gem of a claim that Mr Dhankar thinks is based on research and not ideology, you be the judge: “But PES conceptually can be better if managed well; while the private system has it in its DNA as it has to make profit on fees. For low-end private schools to do better on this count is impossible even in theory.” There you have it: Private schools must be condemned to hell since they want to make a profit. May be Mr Dhankar should tell that to Mr Azim Premji whose for-profit business pays for his ideological battles.

What does it take to open a school in Delhi? Not an easy task to find out!

Reflections on Researching Reality: The Wait and The Watch 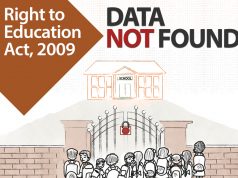 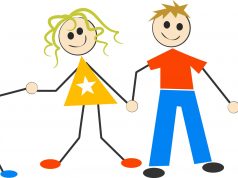 Stop Parents from Spending on Education