Home Governance Yet Another Constitution, or the Vision for A New Nepal? 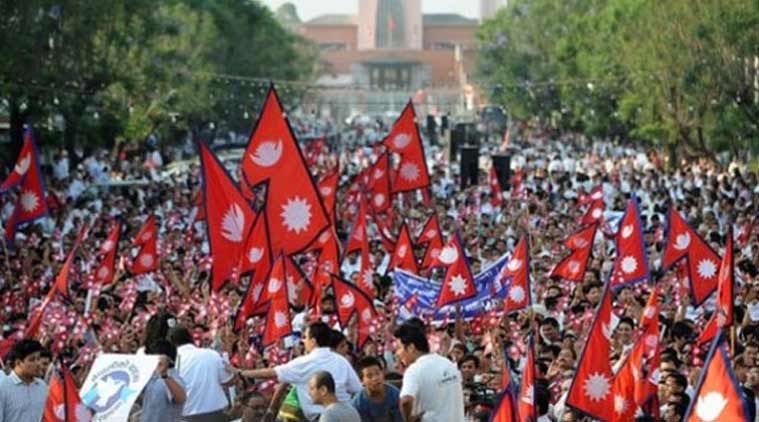 Nepal was declared a Federal Democratic Republic in the Interim Constitution of Nepal, 2007. This was right after the decade long Maoist uprising (1996-2006) which led to the fall of a long-standing monarchy. The country achieved another milestone towards becoming a Federal nation with the historic promulgation of the new constitution on September 20, 2015, which has drawn up provisional boundaries for seven states. However, disagreements and dissatisfaction over the new constitution and its provisions regarding federalism have resulted in violent protests in the Terai (plains) region bordering India, claiming at least forty lives. Most of current debate on federalism is taking place regarding state boundary and power demarcations among other important considerations.

However, Nepal’s economy has been suffering greatly in this political quagmire. A recent news report revealed that in there have been 1047 general shutdowns (popularly known as bandhs) in Nepal. In a row over the constitution, the southern Terai belt bordering India has come a complete standstill. Thousands of industries have shut down with the ongoing political strikes in the last 50 days. Protesters have blocked the customs points across the Nepal-India border and revenue collection has taken a massive hit.

The constitution was expected to usher in a new era of democracy which would not only have decentralized and devolved power and administration; but also expanded economic opportunities. Unfortunately, while the constitution has come out as a hodgepodge of political manifestos of different parties; it fails to address many important issues crucial in ensuring a more secure economic future for Nepalese. Stating that we are a ‘socialism oriented democracy’ in the preamble was not really shocking; given that roughly ninety percent of the political parties adhere to socialism on principle; if not outright naming their parties Marxist, Leninist, or Maoist.

Few experts give a succinct review on the constitution by saying that the new constitution is excellent in terms of process but poor in terms of content and delivery. Expanding welfare rights beyond the nation’s capacity to deliver, not fully protecting property rights by creating a huge room for state expropriation, not truly decentralizing and devolving power to the new states, etc. are some of the key issues that stand out in the constitution. In the aftermath of the devastating 7.8 magnitude earthquake that struck Nepal in April 2015 –that took away nearly 9000 lives and caused losses amounting to billions – it is even more important to propose reforms that will pave way for entrepreneurship and speed up the recovery process. Given the country’s tumultuous recent political history, one of the key challenges during the relief response was lack of democratic structures at the sub-national level. Thus, establishing the foundations for local governance should be a top priority.

As far as economic concerns go, larger economic issues such as natural resource allocation, tax provisions, etc. are being discussed in light of the new constitution. However, as Nepal embarks on the process of becoming a Federal nation, adequate preparation is required to ensure that the structures put in place will truly decentralise administration, devolve power and secure economic freedom for the people. A discourse on crucial considerations such as what will actually enable local states to facilitate enterprises and provide citizens a renewed chance to earn a living easily in a Federated Nepal has not gained adequate momentum yet. The discussion on making the new political structures and systems more effective in creating tangible difference in people’s livelihood and quality of life by expanding economic opportunities needs to take place at the very onset of this process.

Sarita is the Coordinator of Communication and Development at Samriddhi Foundation and was previously engaged with the Foundation as a Research Associate for more than three years. She is a graduate of political science and also contributes articles for Nepali newspapers. She is also a graduate of one of our policy courses conducted by CCS Academy.